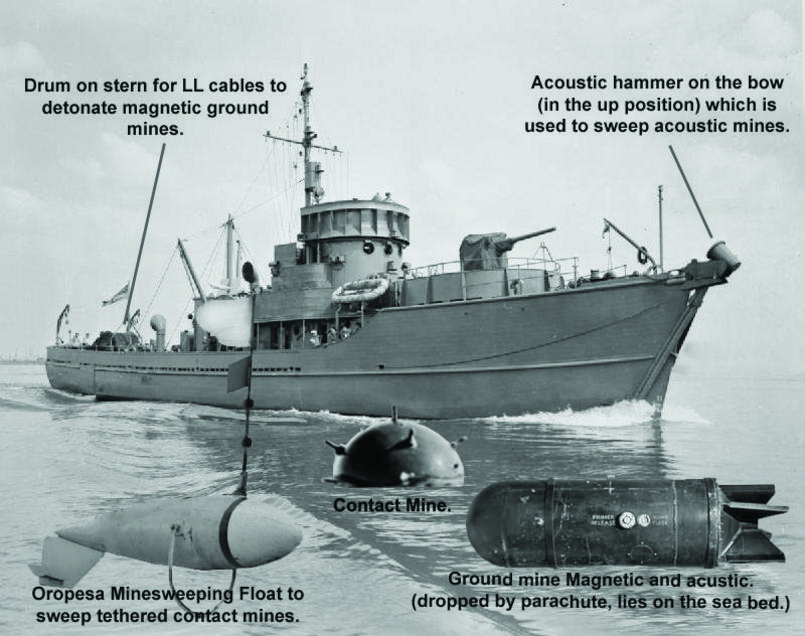 BYMS 2019 was the first vessel to enter Syracuse, Sicily after its capture on the 10 July 1943 by British forces on the first night of the invasion, operation Husky. Following this it was used as a base by the Royal Navy.

19th August 1943, while minesweeping off Crotone, Italy BYMS 2019 detonated a mine with the loss of four of her crew.  She was beached but damaged beyond repair.