BYMS 2026 after being converted into Jacques Cousteau's oceanographic research vessel the Calyoso.

OFFICERS ON THE NAVY LIST, June 1944.
Nothing on Navy Lists. 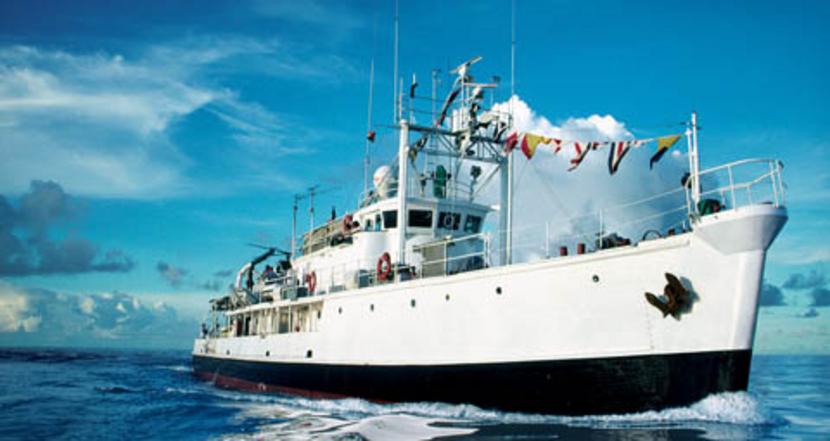 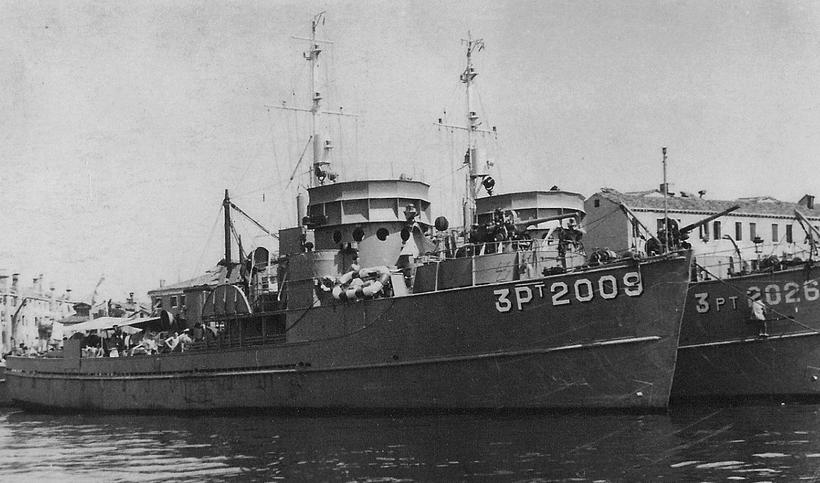 BYMS 2026.  Mines exploding as British Yard Minesweepers were sweeping off the landing beaches for the invasion of Southern France.  Clearing the way for the invading force as it went in to the beaches. 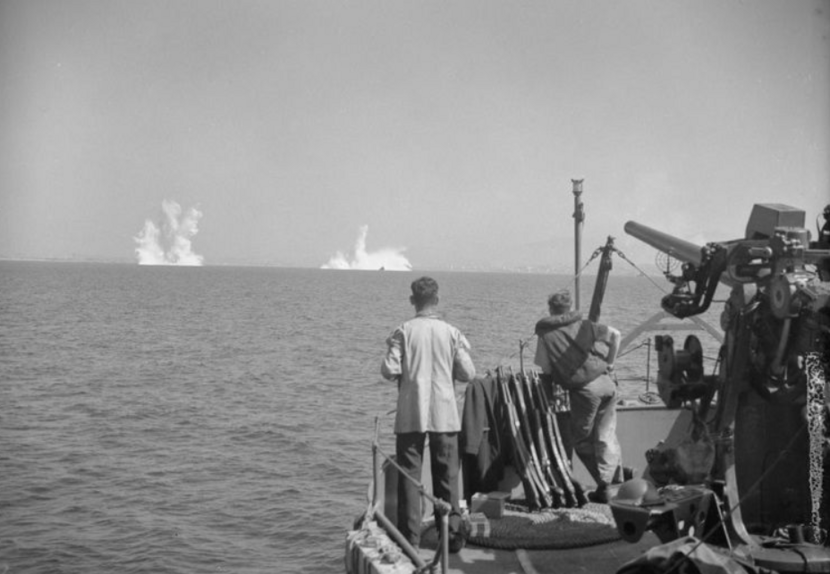 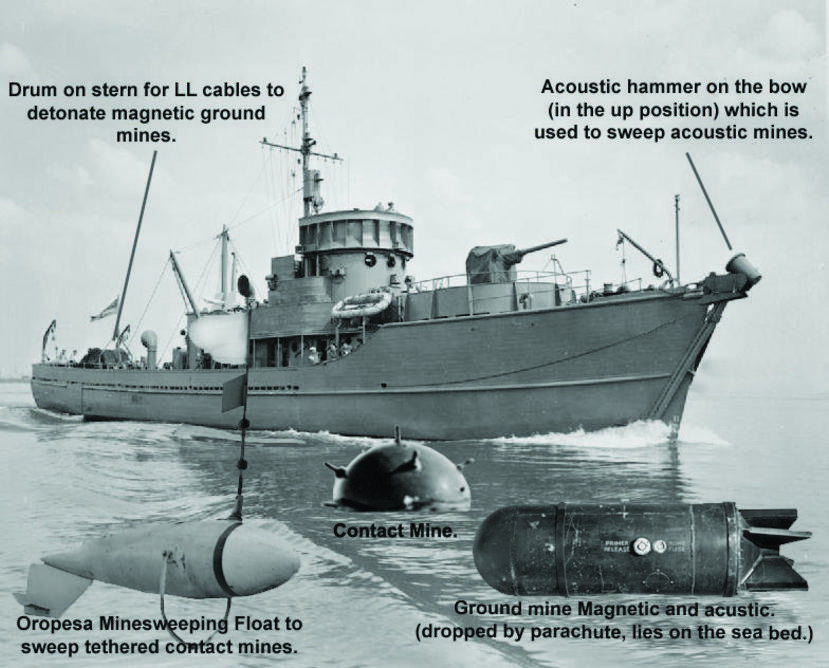 BYMS 2026 at Venice, Italy, next to her sister ship, the 2009. From the collection of Victor Gatherum.

Following WW2, BYMS 2026 had an illustrious career. Renamed Calypso she was used as a ferry between Malta and Gozo. Calypso was bought by millionaire Thomas Guinness in July 1950 and leased to Jacques Cousteau for one franc a year. Jacques Cousteau helped to develop the SCUBA or Self-Contained Underwater Breathing Apparatus, the Aqua lung.

Jacques Cousteau converted the Calypso (formally BYMS 2026) into a, oceanographic research vessel and made some of the earliest underwater films and the long running TV series, the Undersea World of Jaques Cousteau.

On the 8 January 1996 the Calypso was hit by a barge at Singapore and sank. She was re-floated and towed to Marseille, France.

At present the Calypso is being restored by the Cousteau Society, although there have been long running problems in doing so.

BYMS’s were fitted with a drum on the stern with LL (double L) cables for sweeping magnetic mines, an acustic hammer on the bow for sweeping acustic mines and Oropesa floats for sweeping tethered mines.
All YMS and BYMS were built to the same design, the only variation was in the number of exhaust stacks. Minesweepers 1 to 134 had two sacks, 135 to 480 had one stack, 466 to 479 had no stacks.