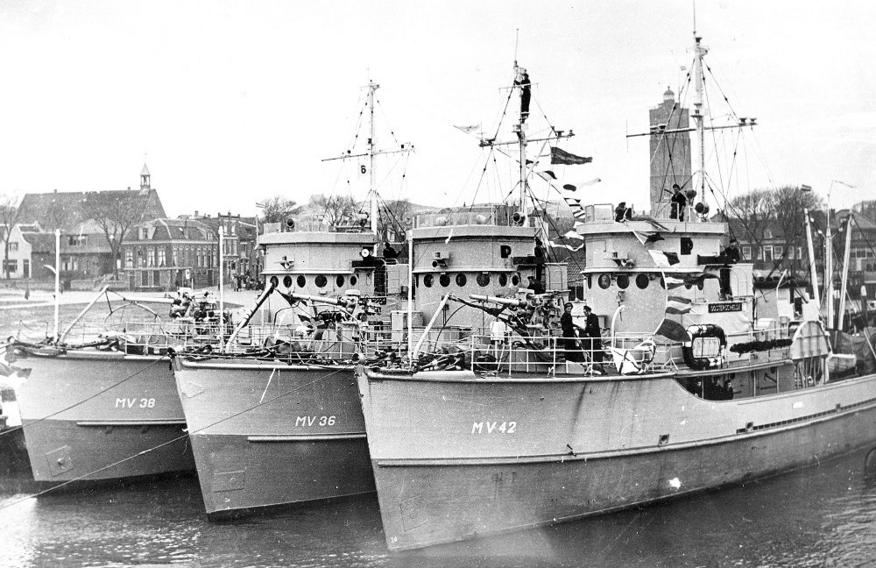 BYMS 2155 after being sold the Netherlands and re-named HNLMS Vliestroom  and assigned the new numbers  MV38. 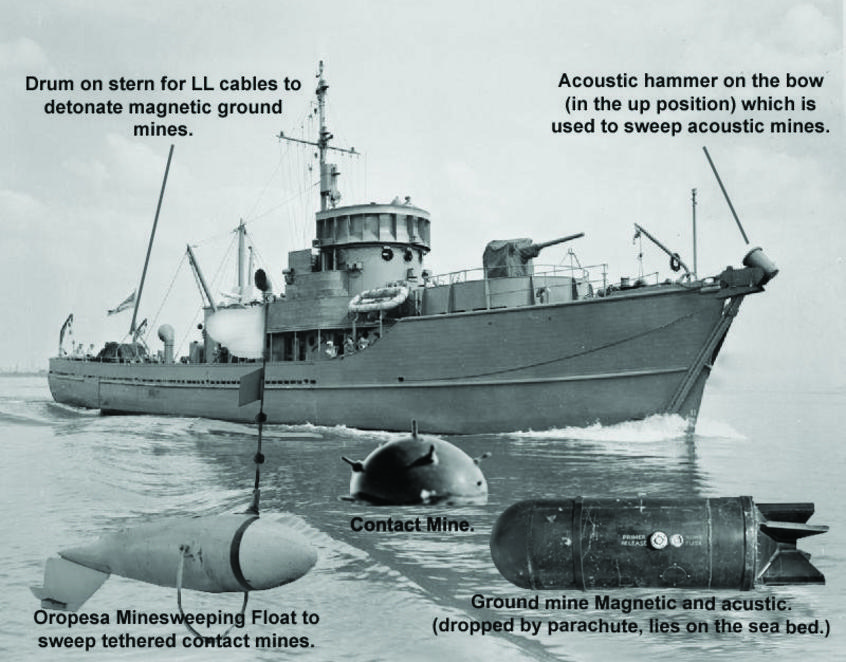