Armament: One 3-inch HA/LA gun and two Oerlikon anti-aircraft guns.
BYMS’s were fitted with a drum on the stern with LL (double L) cables for sweeping magnetic mines, an acustic hammer on the bow for sweeping acustic mines and Oropesa floats for sweeping tethered mines. 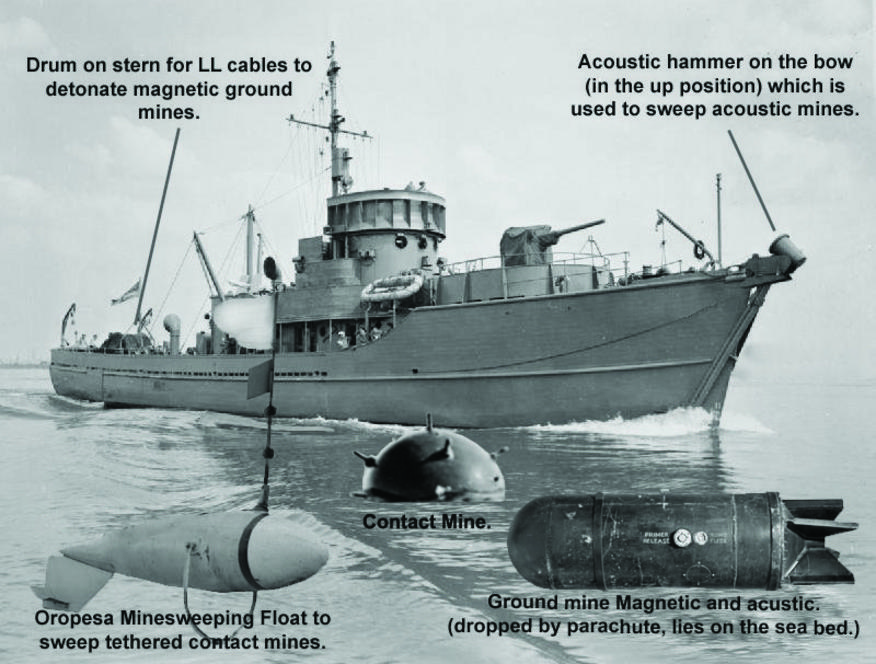