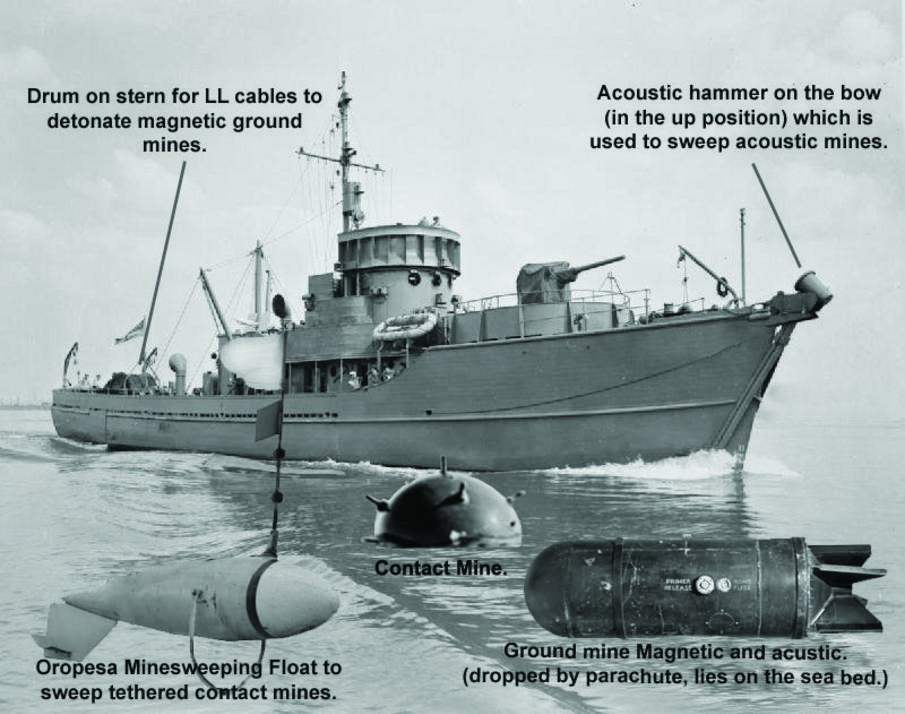 BYMS’s were built in the United States and transferred the Royal Navy under the Lend-lease Programme. “British Yard Mine Sweepers” are so called because they were built to the same design as the US Navy’s “Yard Mine
Sweepers”.