​From a single Minelaying raid over the Thames Estuary, by German Aircraft in December 1940, sixteen ships were sunk in sight of Sheerness.

Seven ships were lost in a single day on the 17th December 1940. Many of the mines were fitted with a delay mechanism and more ships were sunk in the week that followed.

SHIP WRECKS IN THE THAMES ESTUARY.

The photograph is ten inches wide and this information appears on the back of it. It seems to be a Press Photograph from the Spe Planet

LUFTWAFFE ATTACK ON THAMES ESTUARY,
the night of Tuesday, 17 December 1940.

​From the 8th to the 15th December 1940 more than three hundred and fifty German planes from IX Luftkorps flew on mining raids over the Thames Estuary and East Coast shipping lanes. (The 3rd Air Fleet, IX Air Corps, from Eindhoven, 44 Ju 88 A’s, from Schiphol Amsterdam 19 Ju 88 A’s, from Leeuwarden 40 He 111 H’s, and from Soesterberg, 4 He 111 H’s,)

​Junkers Ju-88’s and Heinkel He 111’s each carrying two mines, flew over the Thames Estuary and East coast shipping lanes and dropped over 700 mines by parachute of up to 1,000 kilos (2,204 pounds, almost one ton of high explosives) This is why the Wildfire III (Queenborough) Minesweepers were so vital  in helping Britain win the War. 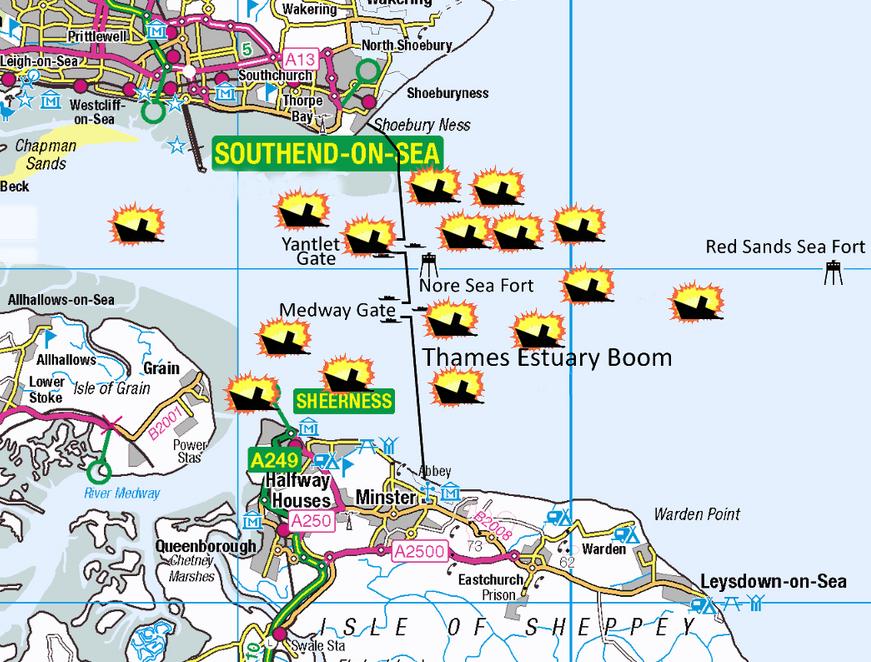 Thank you to Keith Brooker for this photograph. It is a Press photograph  found in Canada and was taken from Southend in 1945 showing the shipwrecks in the Thames Estuary. In the background you can see the “Nore” Sea Fort (now demolished.)

On the night of 12th Dec 1940 ninety-three Junkers Ju-88’s and Heinkel He 111’s dropped mines in the Thames Estuary off Sheerness.  One hundred and eighty-six mines were dropped a quarter of which fell inside the boom. Again this is why the Wildfire III (Queenborough) Minesweepers were so vital to Britain winning the War. The anti-submarine boom extended across the estuary from just past the east end of the Lees at Minster (Sheppey, Kent.) across to Shoeburyness. You can still see the posts and sunken boats, which mark its position at low tide, today.

Unbeknown at the time, most of the mines had been fitted with delaying mechanisms.  Seven ships were sunk by the mines in a single day and all shipping came to halt in the Thames, and Medway Estuary.

In the following four days only nineteen mines were swept. Even though many more mines were suspected, Britain’s most vital waterway could not be kept closed.

With great reluctance, but having no other choice, the Estuary was opened again. It was thought that the mines were “Acoustic” mines designed to be exploded by the vibration of a ships propeller and Captains were told only to move their ships on low engine revolutions. Nevertheless, no fewer than seven more ships were lost, with losses continuing into the new year.

Positions of the sixteen ships were sunk in from a single Minelaying raid over the Thames Estuary, by German Aircraft in December 1940. The black line between Minster (Sheppey) and Shoeburyness is the Thames Boom. 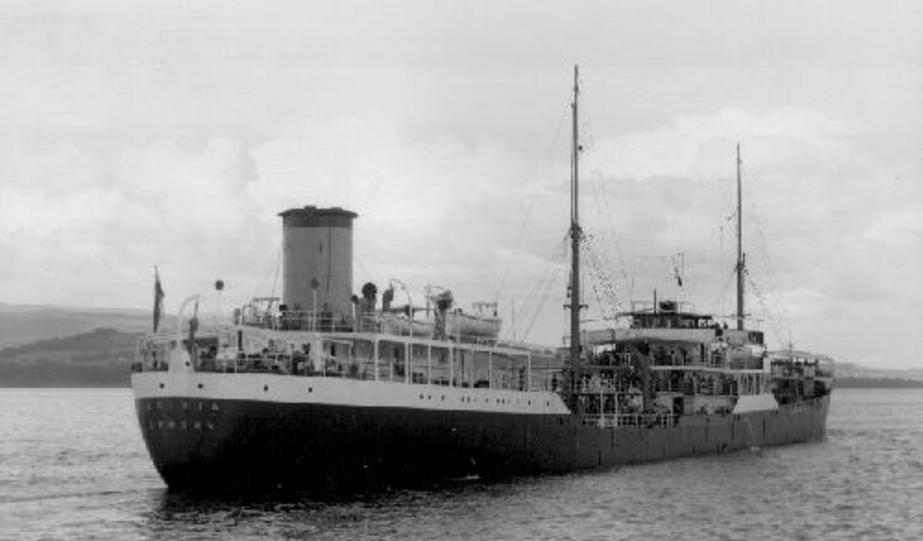 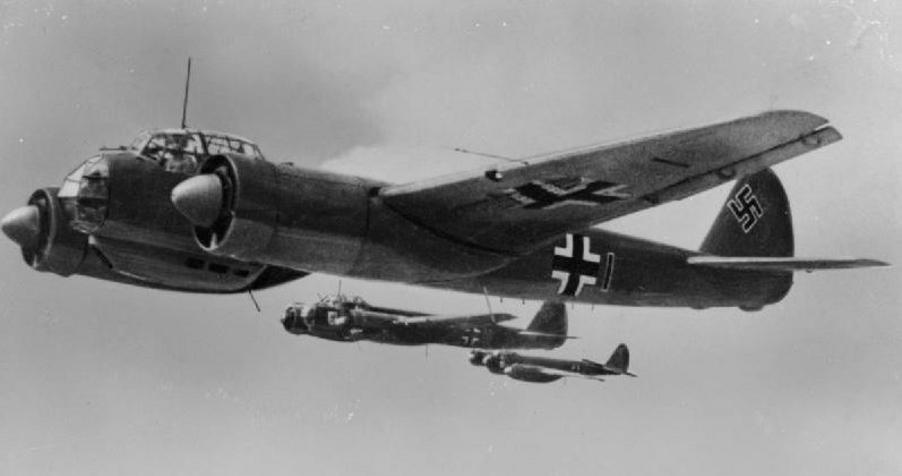 The Arinia, a fully loaded British Tanker of 8,024 tons heading to Grain, activated a mine as she approached the Southend pier. The following explosion was catastrophic and she erupted into a wall of flame from end to end.  Fifty-four crew, five gunners and the pilot, were lost on the tanker. There were only two survivors. 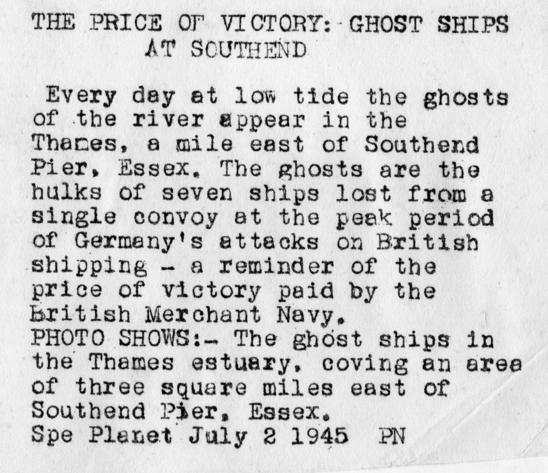 The British Tanker MV Arinia activated a magnetic mine and exploded in a sheet of flame in the Thames Estuary with the loss of sixty of her crew. 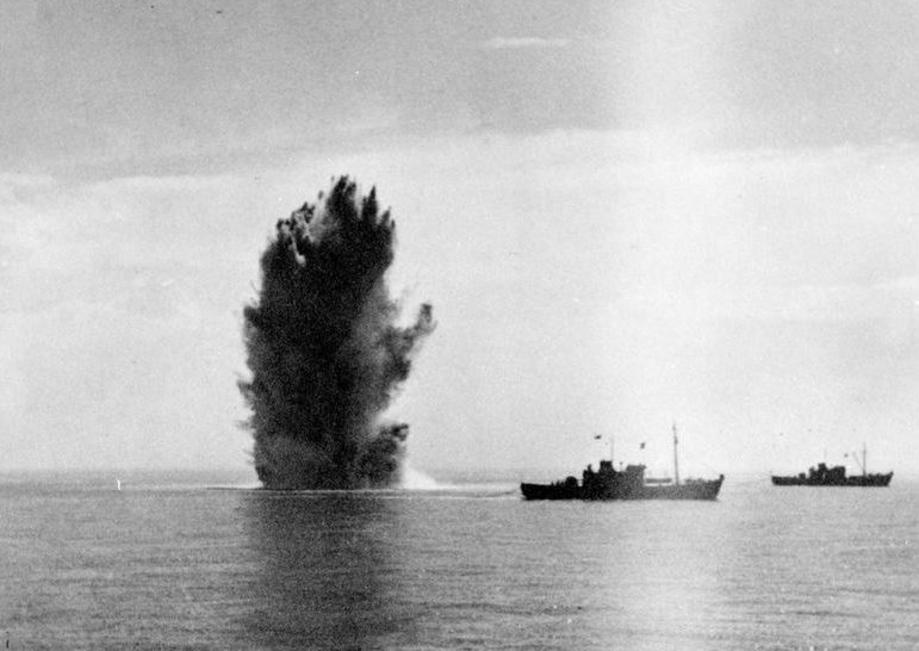 A mine detonated in the Thames Estuary by two of Queenborough's Motor Minesweepers.