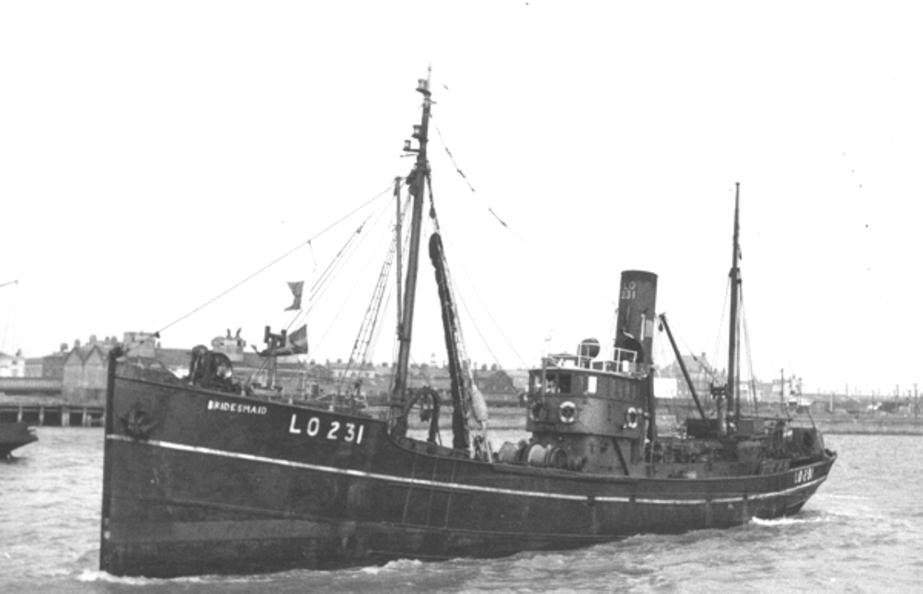 Built for Castle Steam Trawlers Ltd. (C. Heron), Swansea in 1913 as one of their “Castle” class fishing trawlers, the Ambrose Castle saw service in the Royal Navy as a mine sweeper during World War One. Built by Edwards Bros. of North Shields, the Amroth Castle’s sister “Castle” class of steam trawlers included Lawrenny Castle, Manorbier Castle, Pembroke Castle and Tenby Castle.

HMS Amroth Castle is named after 18th century house built on the site of Amroth's original Norman fortress near Tenby in Wales.

Requisitioned by the Admiralty on the 11 June 1940 the Amroth Castle was armed with a 12 pound gun and was attached to Lowestoft as an auxiliary patrol vessel engaged on Fishing protection.

In March 1941 the Amroth Castle was equipped as a minesweeper and based at Wildfire III, Queenborough.

May 1915 to 1918, requisitioned as a minesweeper during World War One.

10 Oct 1933, Rescued two men from a motor yacht off Lundy Island which which was experiencing difficulties in extreme weather.

March 1941, the Amroth Castle was equipped as a minesweeper and based at Wildfire III, Queenborough.

30 Dec 1948, Returning from the Icelandic fishing grounds, in extreme weather conditions, became stranded on rocks off Port Askaig, Islay, Scotland. The crew were rescued by Islay lifeboat, The vessel was later re-floated.

HMT Valesca, (Minesweeper) 3 April 1945, DSM awarded for great gallantry and endurance in clearing the estuary of the Scheldt of mines during the period of October to November 1944.