Oil Tanks on fire at Dunkirk.

Amulree was an 86 ton pleasure steam yacht hired by the Royal Navy as a Harbour Defence Patrol Craft based with the Extended Defence Flotilla at Sheerness.

While attached to the Royal Navy, the Amulree would have a short but gallant life, of only nine months. After successfully rescuing troops from Dunkirk and landing them at Dover, while returning to the beaches, she was in a collision with the Destroyer HMS Vimy and sunk. 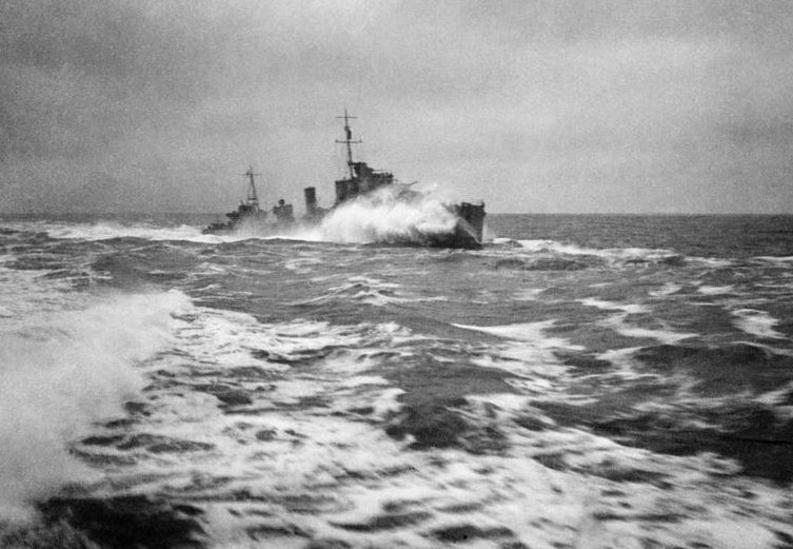 Troops saved from Dunkirk by smaller vessels such as the Armed Yacht Amulree.

1 June 1940. At 02.00 hours, in the darkness of the night, Amulree had left Dover and was returning to Dunkirk. She navigated along the Gull Channel to the west of the Goodwin Sands.

The engines of a fast moving ship, probably a Destroyer was heard. Suddenly out of the darkness and at great speed appeared a Destroyer.

No records of casualties have been found and it is thought her crew survived.

HMS Vimy was out of action and early in the morning of the following day she departed for Cardiff for repairs.

British Destroyer on its way to Dunkirk.

Although Amulree sank on 1 June 40 she is listed in the Navy Lists for the following four years as having Temp. Sub Lieut., R.N.V.R.  G. P. Probert as her Officer. 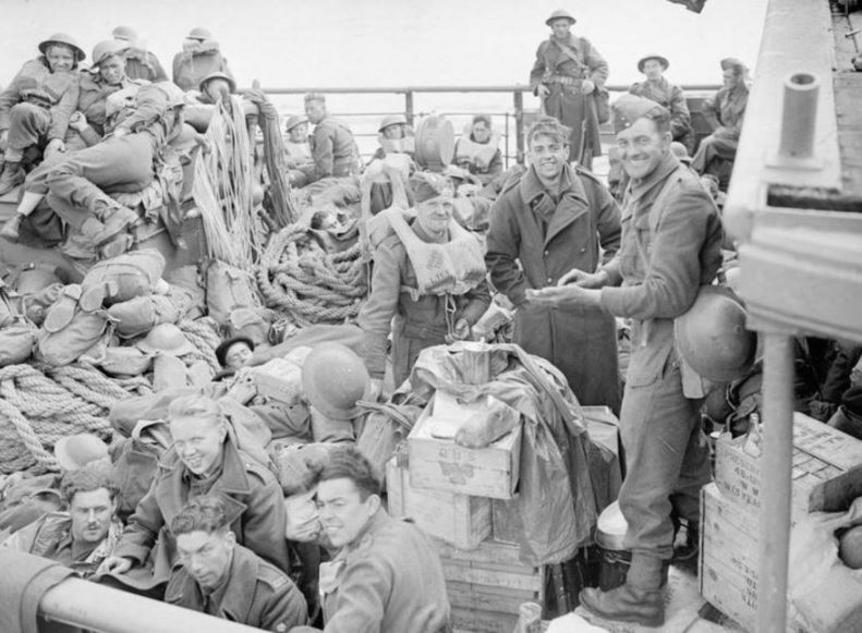 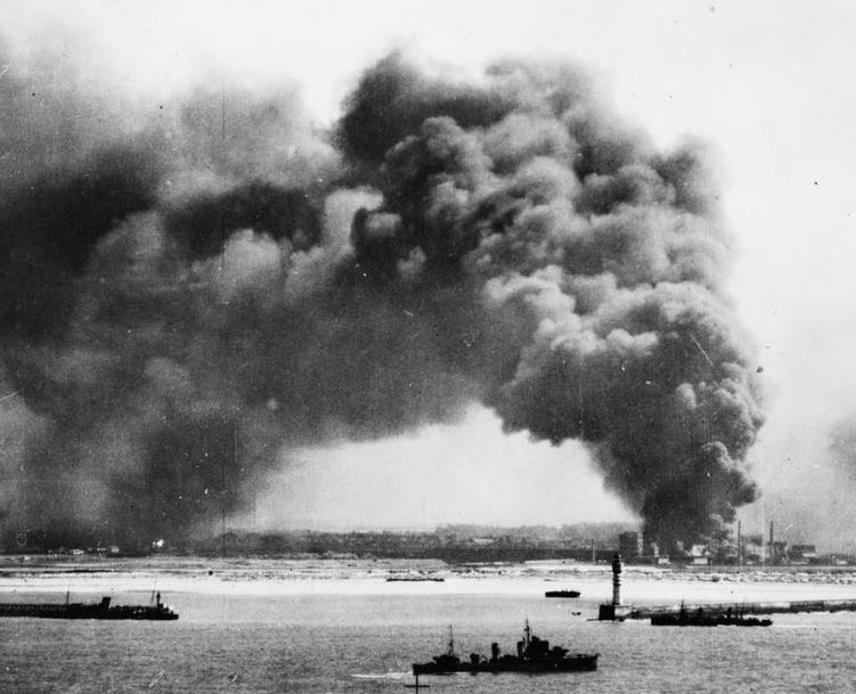 Although Britain had the biggest Navy in the World at the outbreak of World War Two it was not big enough. While the British Navy had to protect every convoy and every port, the German Navy could attack in force anywhere at any time. Ships and vessels of every kind were pressed into service. Their type and design dictating their role. Amulree was chosen to work with the Extended Defense Flotilla.

29 May to 31 May 1940. Amulree worked tirelessly transferring men from the Dunkirk beaches to larger ships waiting off shore. Always there was the threat of attack from the air by German dive bombers, bombing and strafing. But they didn’t have it all there own way. When the German planes were in range every gun on the British ships blasted away at them and often with success. Now and then the RAF would arrive and shoot down even more German planes, but these visits by the RAF seemed an agonizingly long time between.

Black smoke billowed from the burning oil tanks on shore. The wrecks of newly sunken ships seemed to be everywhere. In the distance gun fire could be heard. Soon the guns were near enough to shell the ships evacuating the troops.

Today it is impossible to imagine what it was like at Dunkirk. In a single day on the 1 June 1940, thirty-one ships were lost and eleven seriously damaged. On the same day returning to the Dunkirk beaches, the Amulree collided with the Vimy and also sunk.

All through this carnage of death and destruction, of shelling and bombing, the loading of troops went on. The small craft continued to work bringing troops off the beaches, pausing sometimes to pull men out of the sea, or towing a damaged ship, or standing by a sinking one.

At this point it was decided that the loss of ships and personnel was too great and the ships were recalled to return again under cover of darkness. Amulree, with other evacuation ships, returned to Dover carrying a full load of troops.