BYMS 2044 renamed the Purunpaa after being sold to Finland.

​JAMES BEDWELL. By kind permission of his son, John Bedwell.

James Bedwell was the signalman on board the British Yard Minesweeper BYMS 2044. James sailed to the USA where BYMS 2044 was handed over to the Royal Navy at Charleston.

During trials, BYMS 2044 was found to be unstable and before they could leave Charleston, rolling chocks were fitted to help with stabilization.   BYMS left Charleston accompanied by BYMS 2043 and BYMS 2046.

BYMS 2044, BYMS 2043 and BYMS 2046 sailed down to Miami, then Port of Spain-Trinidad, then on to Belem on the Amazon Delta-Brazil, before crossing the Atlantic to Freetown-Sierra Leone. 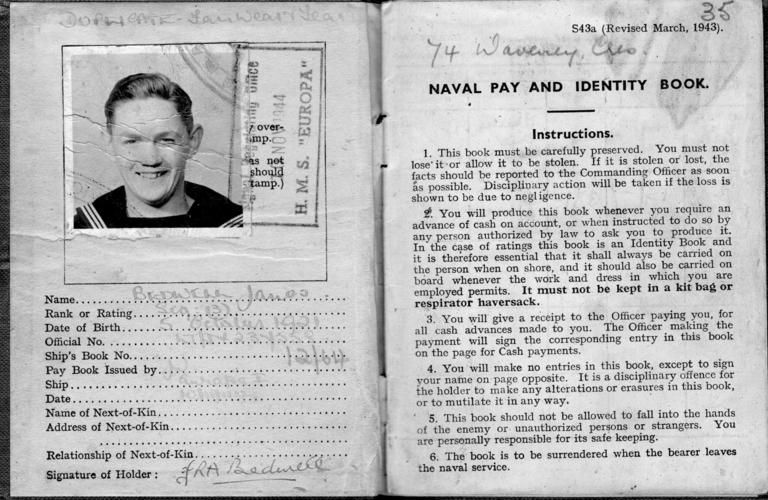