​BYMS 2001 took part in the D-day landings at Gold Beach.

BYMS 2001 was the first BYMS to arrive at Britain.  It was later paid off to reserve after fire damage.

June 6th, D-Day BYMS 2001 was sweeping off Gold Beach.
D Day, 6 June 44.  BYMS (British Yard Mine Sweepers) Nore Command Flotillas 150 and 165 were given the task of sweeping the inshore areas off the D-day landing beaches, especially the boat lanes between the transport areas and the beaches.

BYMS was sweeping off La Havre with LL gear (to detonate magnetic mines) for magnetic mines with delayed action fuses. An American ship passed her and detonated a magnetic mine blowing off her bow. One more sweep would have saved her.
15 Nov 44, Portsmouth.
10 Dec 44, Great Yarmouth.
12 May 45, Great Yarmouth.
13 May 45 Rosyth.
13 Aug 45 Kiel, Germany. Possible clearing the Skagerrack mine barrier.
5 Aug to 27 Aug 45, Humber.
27 Aug 45, Tees.
June 1948, Sold. 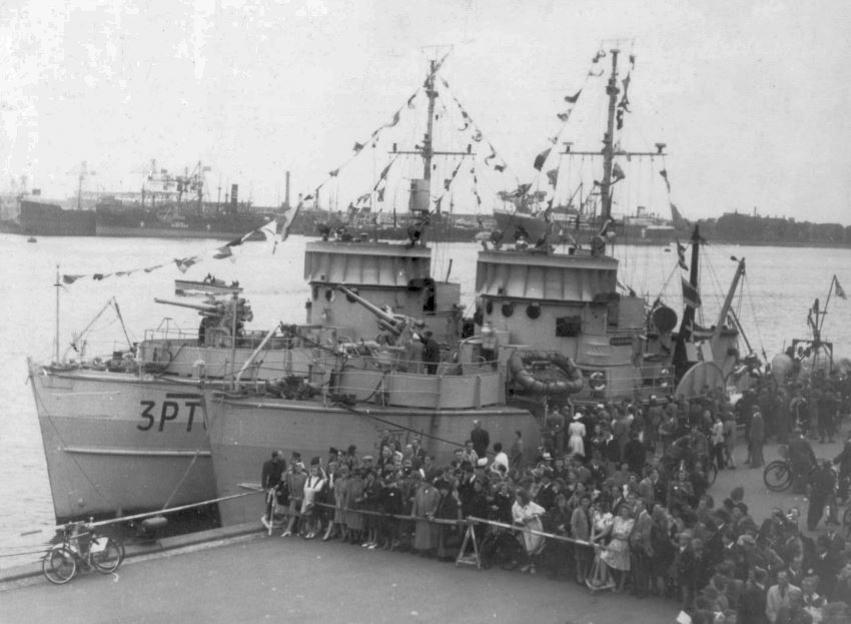