D Day, 6 June 44.  BYMS (British Yard Mine Sweepers) Nore Command Flotillas 150 and 165 were given the task of sweeping the inshore areas off the D-day landing beaches, especially the boat lanes between the transport areas and the beaches.  Closer to the D-day beaches than any other warships apart for the Landing craft, the BYMS supported the landing troops with gun fire.

Assigned to the Nore Command, Flotilla 150 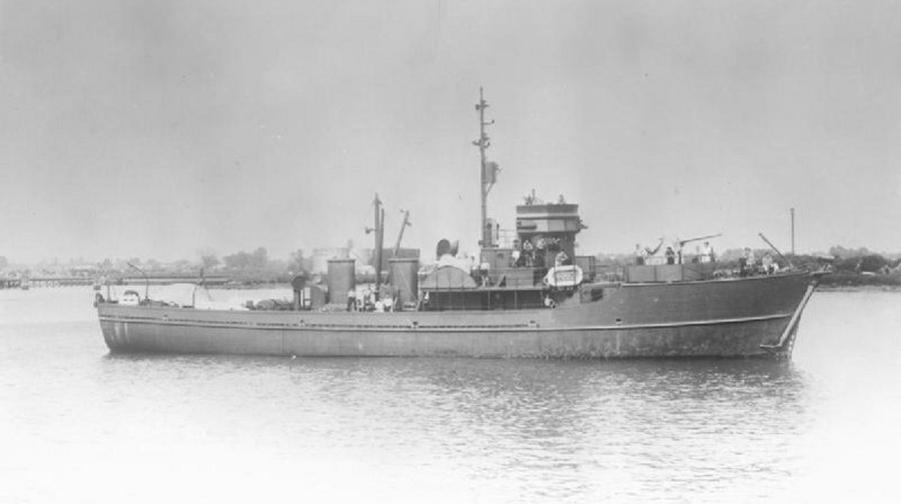 BYMS 2030. British Yard Mine Sweeper were all built to the same design. The only variation was one of appearance in the number of exhaust stacks. They were fitted with an Acoustic “hammer” on the bow to sweep for acoustic mines and a drum on the stern for the LL cables used to detonate magnetic mines.