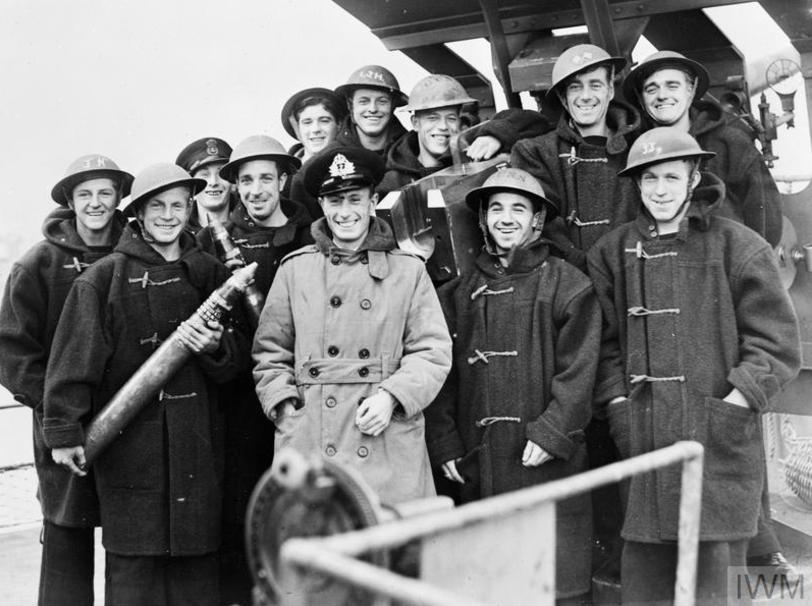 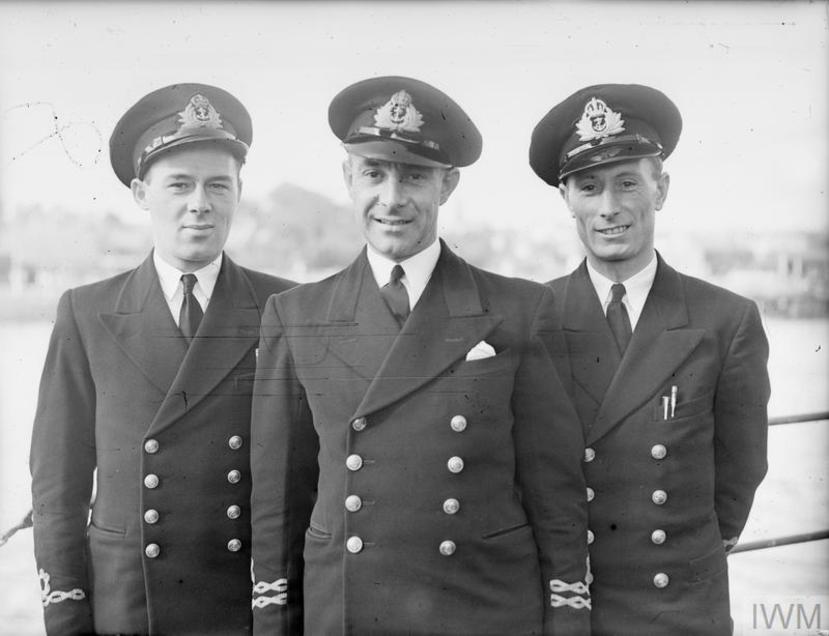 7 OCTOBER 1943, Crew of the BYMS 2038. Their first shot in anger bought down an enemy plane, Lieut E W Beavers, RNR, of South Shields is the gunnery officer. 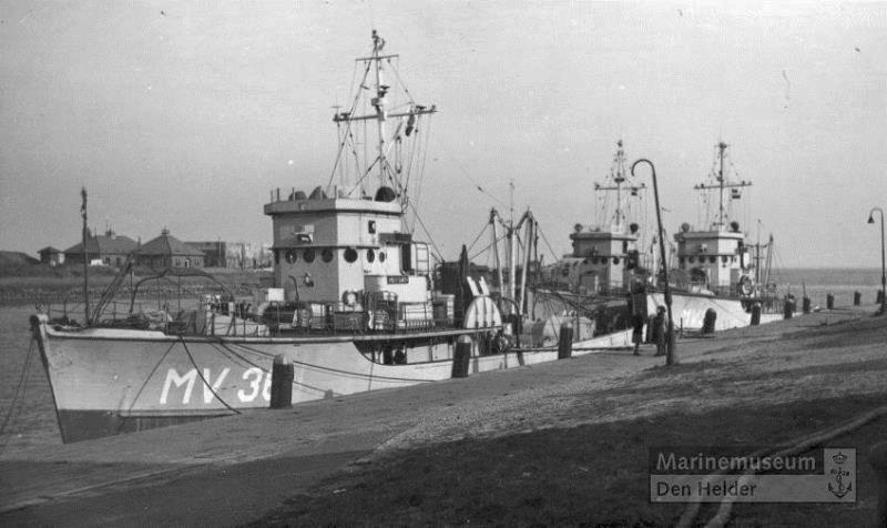 BYMS 2033 was transferred to the Royal Navy on 4th June 1943. And Harold would have sailed to America (possibly in the Queen Mary) to pick up BYMS 2033 and sail her back across the Atlantic where it served in the Mediterranean including, Gibraltar, Malta and Alexandria. (Egypt)

Harold Marshall Wade was transferred to BYMS 2038 and took part in opening up the Scheldt Estuary the most complicated and dangerous minesweeping operation of WW2. On the 2 Nov 44, 157th Flotilla BYMS were shelled from shore when they reached Cadzand (Holland) close to the Scheldt estuary mouth. The men of the minesweeper undertaking this operation are credited with shorting the war, by opening up the port of Antwerp. (Just before the start of the Battle of the Bulge.)

On the 22nd March 1946, after spending some time in Hospital, Harold Marshall Wade was discharged as being “physically unfit for naval service”. Sadly, Harold died a short time later. 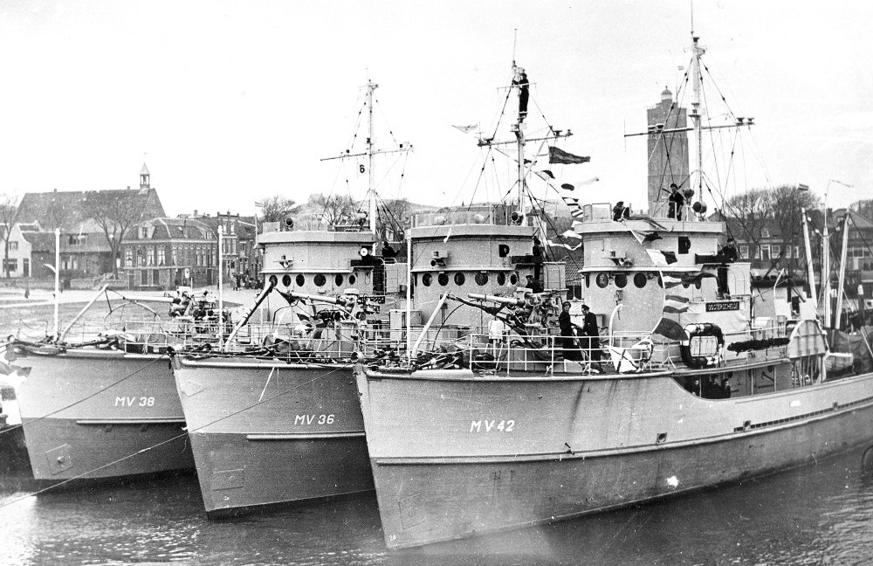 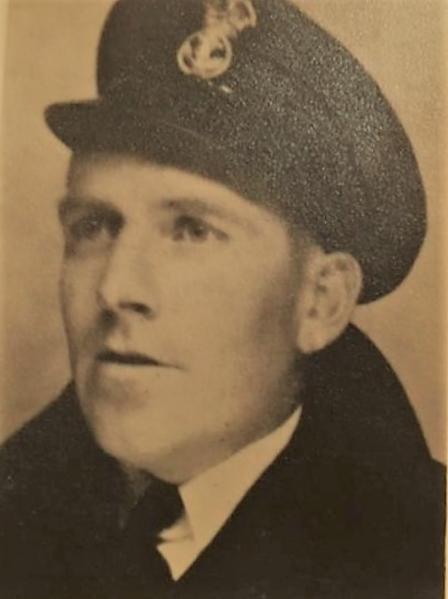