BYMS 2046 before her re-classification.
BYMS, British Yard Mine Sweeper were all built to the same design. The only variation was one of appearance in the number of exhaust stacks. They were fitted with an Acoustic “hammer” on the bow to sweep for acoustic mines and a drum on the stern for the LL cables to sweep magnetic mines. 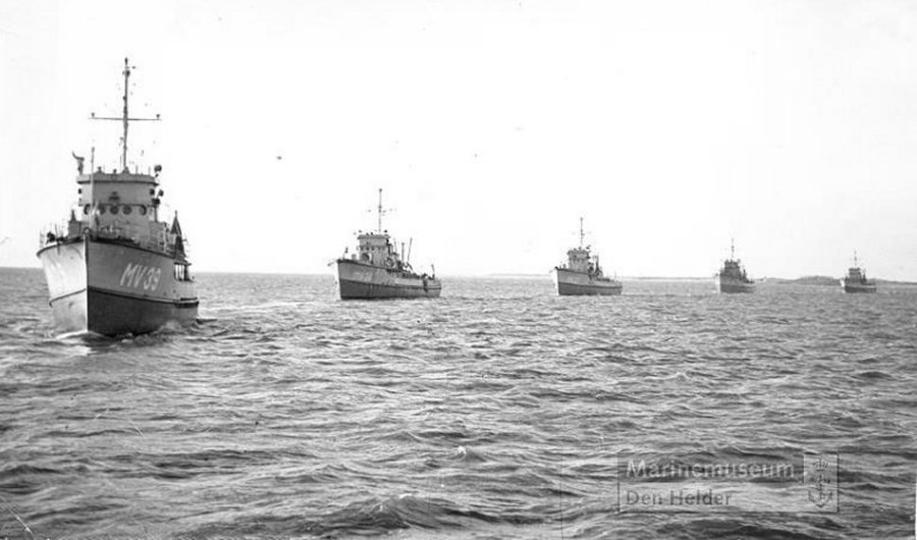 March 47. Returned to United States Navy and sold to Holland.

Henry James Willis, known as Harry, travelled to meet BYMS 2046 as the replacement radio operator. He crossed the Atlantic to Newfoundland and was transported down the east coast of the US, through Trinidad to Recife in Brazil, joining the ship there. At Recife, he took over from an injured/ill radio operator. He then returned to England via West Africa.  He was subsequently posted to Motor Gunboats (MGB 91) and operated out of Lowestoft. 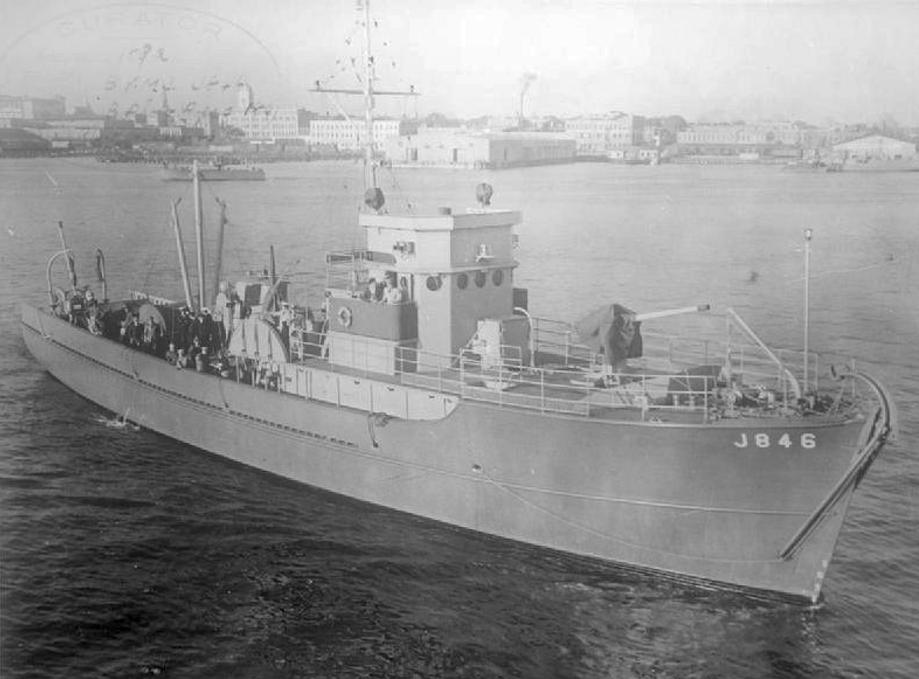