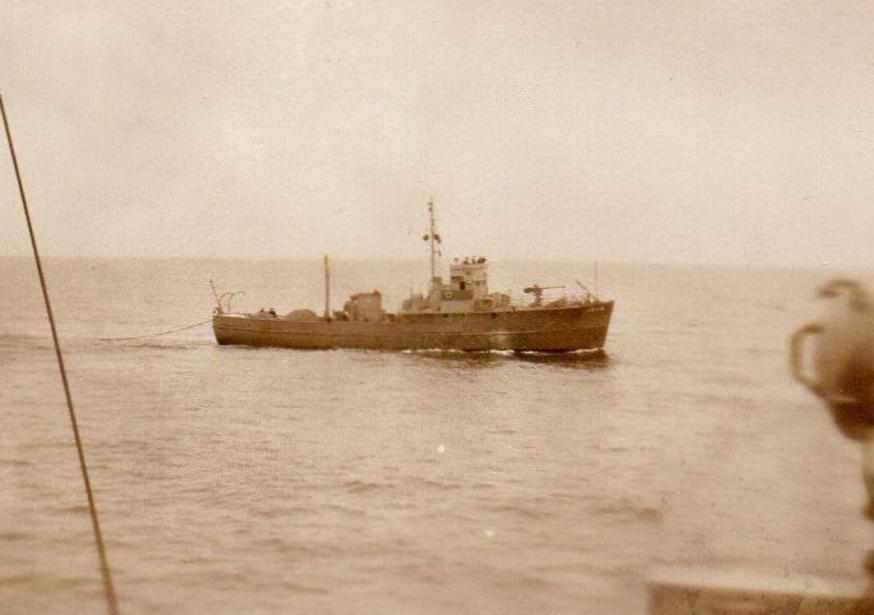 1 Jan 47, Returned to United States Navy and sold to Holland. 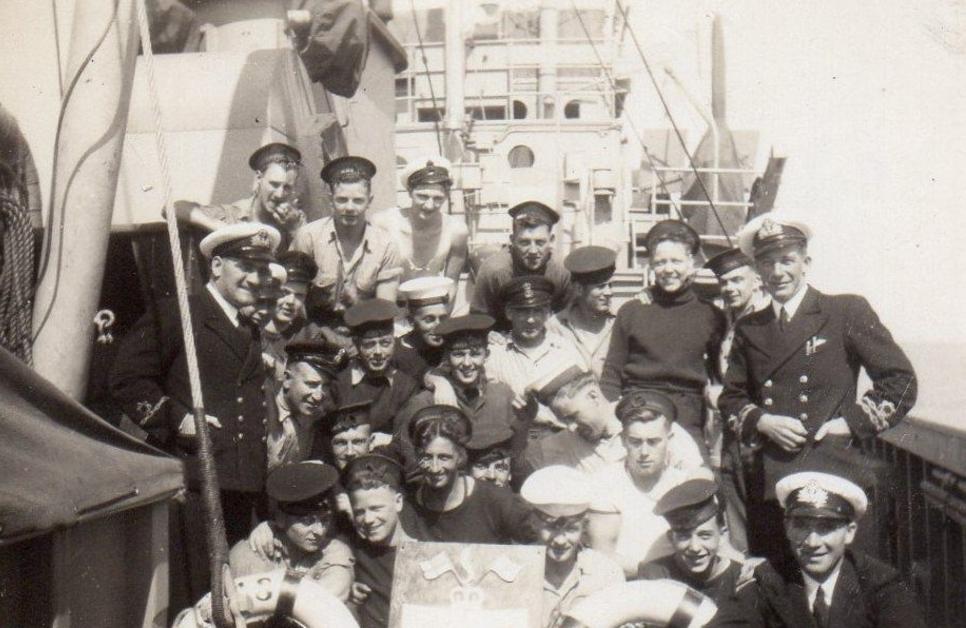 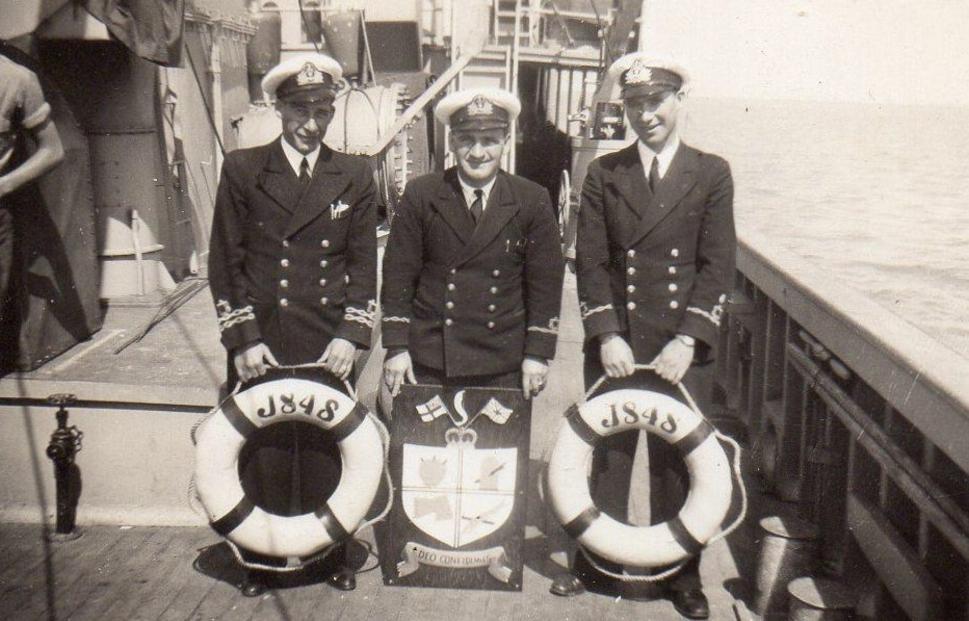 Officers and crew of BYMS 2048. Possibly taken when the BYMS 2048 was handed over to the Royal Navy in the USA. 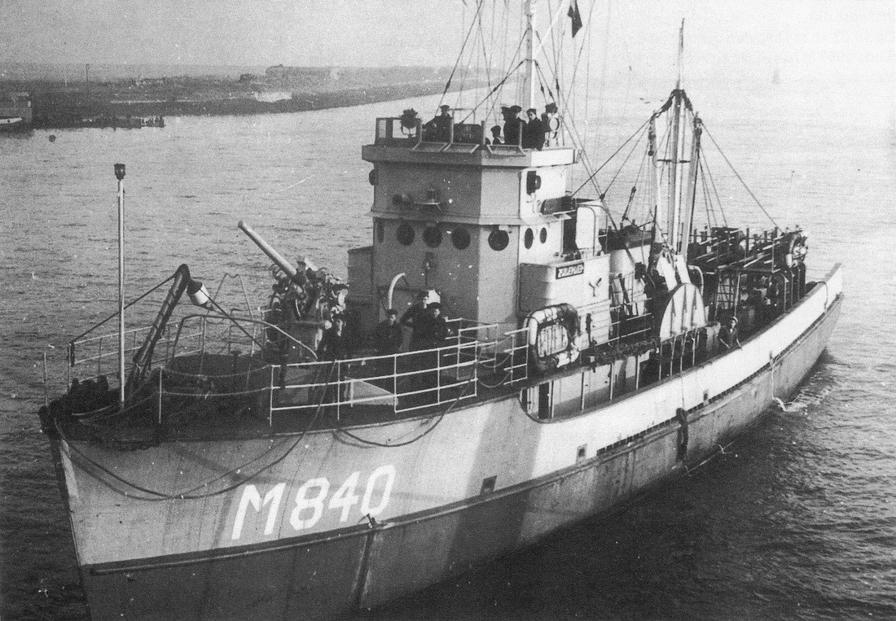 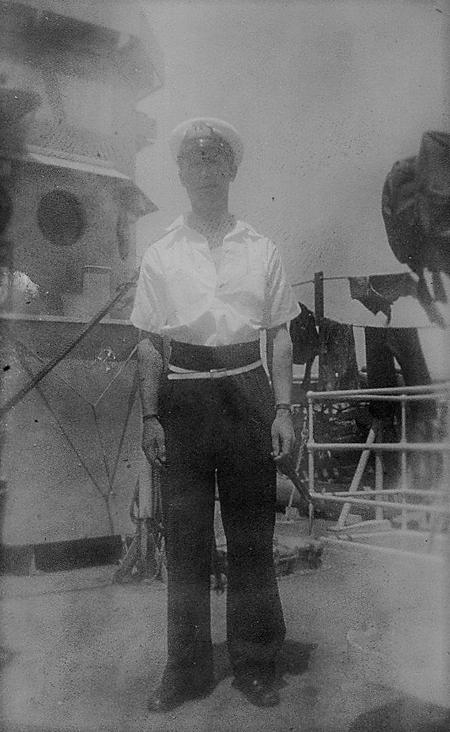 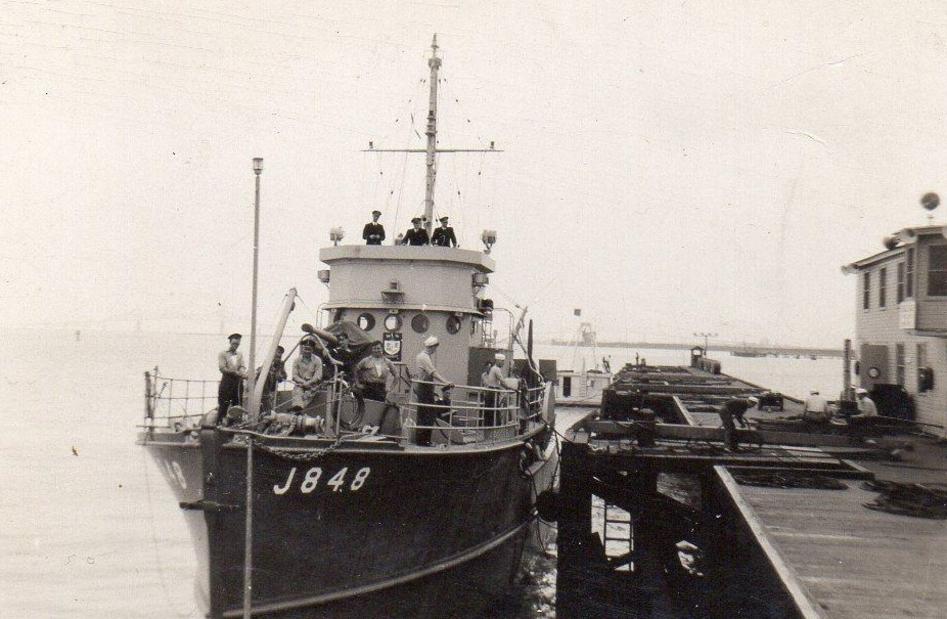 BYMS 2048, possibly while undergoing sea trail in preparation to returning to Great Britain from the USA, crossing the Atlantic Ocean. Note the ship's crest in the photograph above in now fixed to the vessel .

BYMS 2048, after sold to Holland  in 1947.
​BYMS, British Yard Mine Sweeper were all built to the same design. The only variation was one of appearance in the number of exhaust stacks. They were fitted with an Acoustic “hammer” on the bow to sweep for acoustic mines and a drum on the stern for the LL cables to sweep magnetic mines. 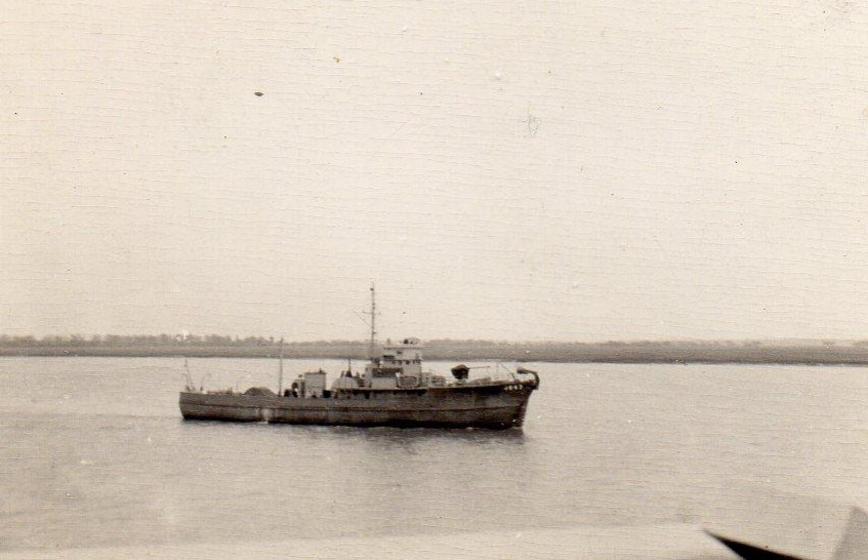