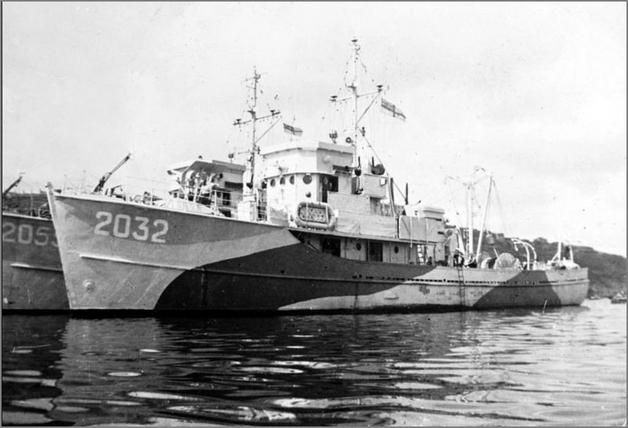 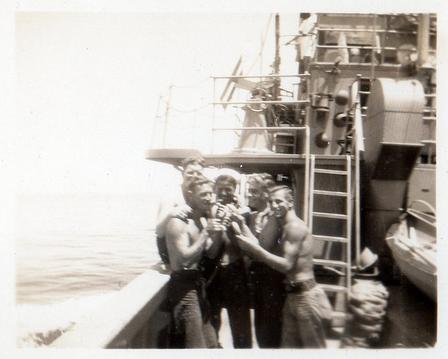 William John Melhuish
Thank you to Carlo Hastings for the photographs and information.

William John Melhuish, known to his friends as Jerry, was Chief Engineman on the BYMS 2053 and received a DSM (Distinguished Service Medal) for minesweeping operation under enemy fire while in the Adriatic.

Jerry was on HMS Birmingham which saw action in the Narvik Campaign. He was on the very first war timer purpose-built Motor Mine Sweeper, MMS1, which went to Wildfire III.

Jerry sailed to the USA, where at Jacksonville, Florida, BYMS 2053 was transferred to Great Britain under the Lend-Lease Programme and sailed her back across the Atlantic Ocean to Gibraltar. 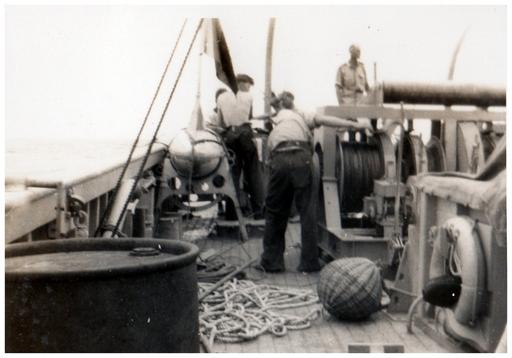 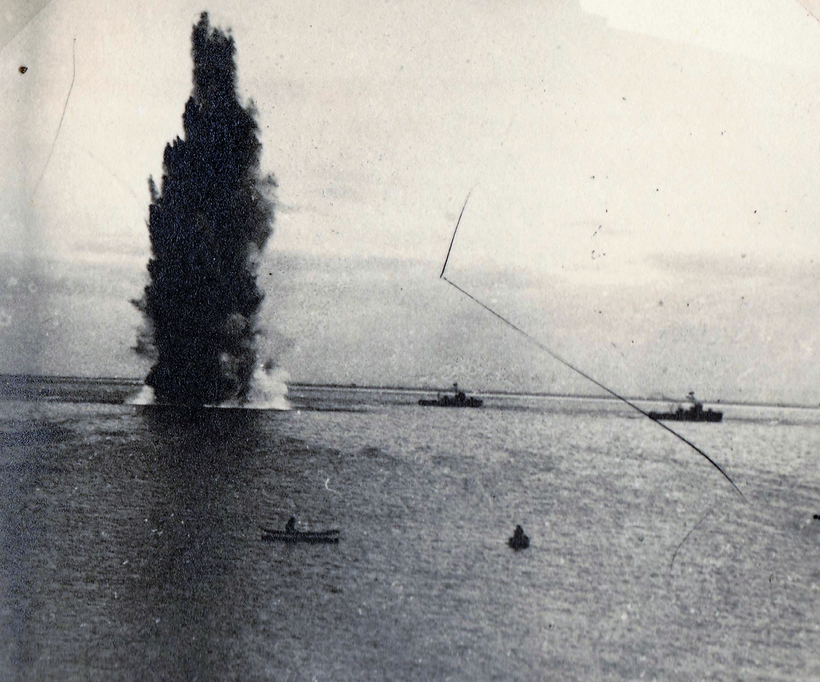 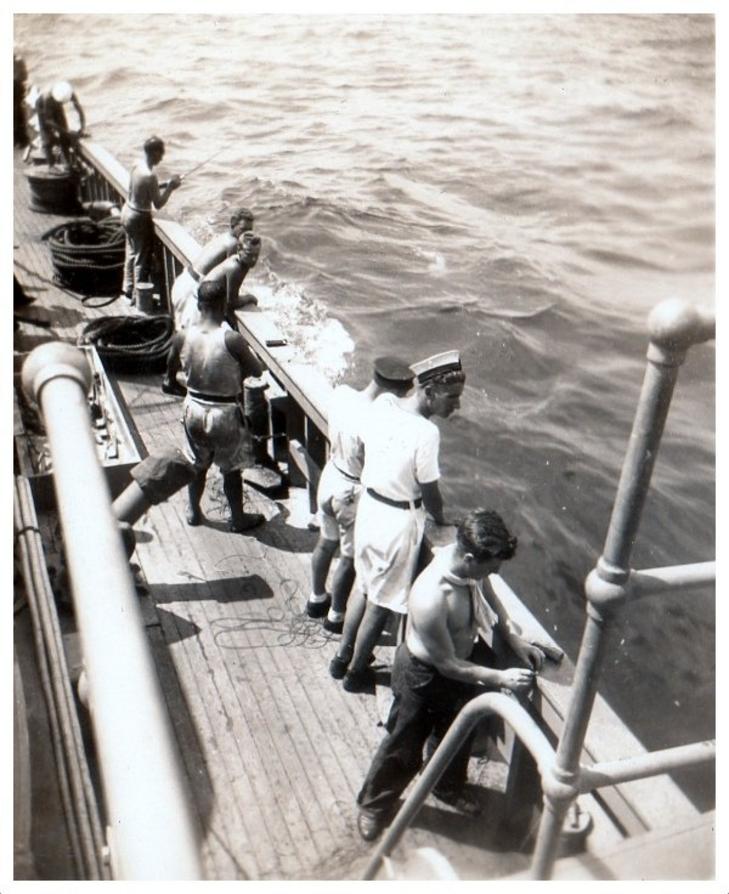 Once again thank you to  Carlo Hastings for four more photos from his  grandad, William John Melhuish's time on board BYMS 2032 during WW2. 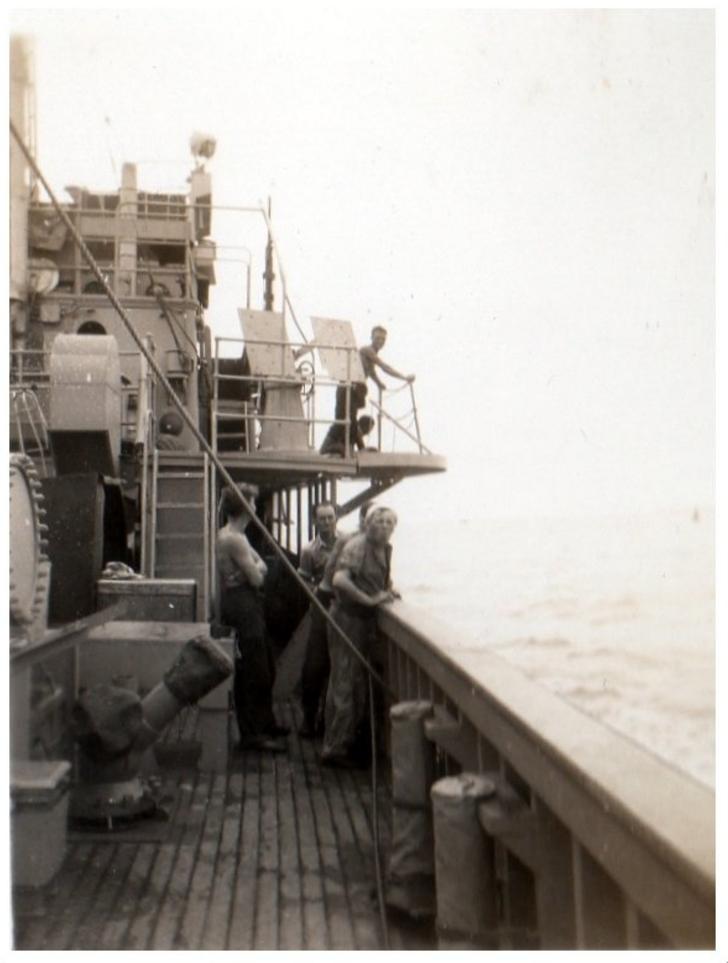 It is not known if BYMS 2053 was at D-day, but she was in the right area at the right time to be there.

On the 28th April 1945, while sweeping of the coast of Italy (Porto Corsini, Ravenna) the 2053 detonated a mine and sank with the loss of two of her crew.

1 November 1944, BYMS 2053 with others began another important sweep to open up the ports of Zara, Sibenik and Split, which was then Yugoslavia. In all 22 mines were cut and sunk by rifle fire. 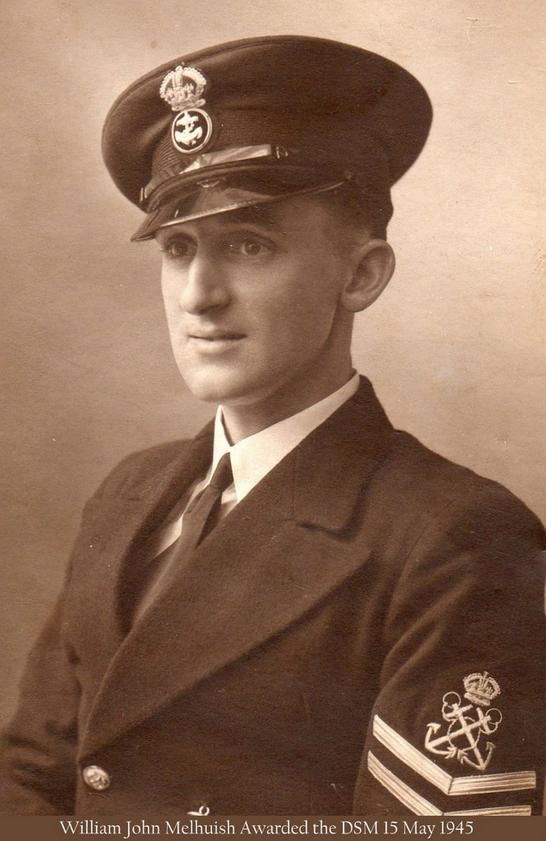 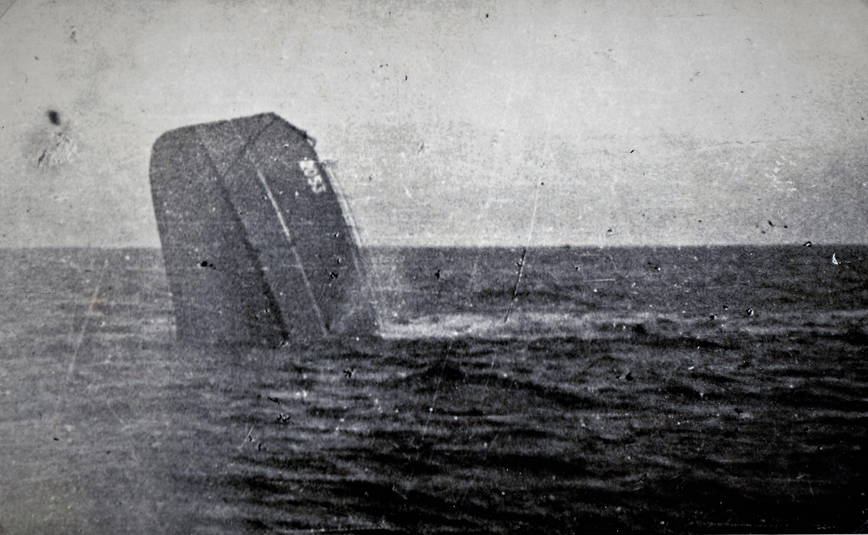 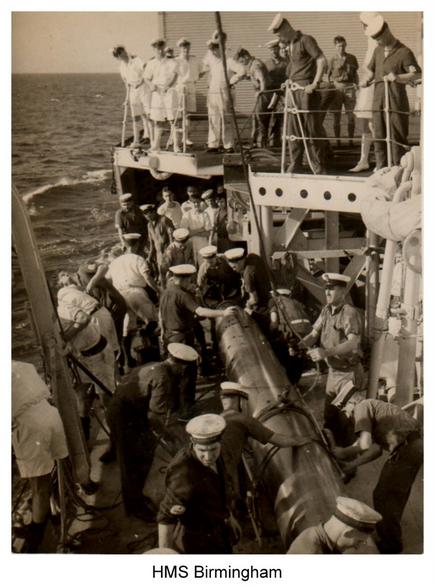 BYMS 2053 sinking. The photograph shows the location as Ancona, Italy 1945.

​Thanks to Robert Carrier for these photograph.

BYMS 2053 sinking of the Italian coast.  Thanks to Robert Carrier for these photograph. 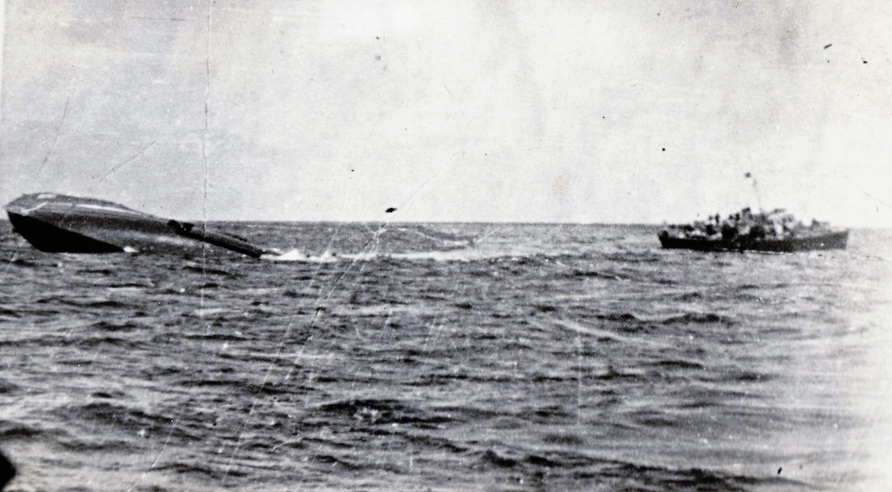 BYMS 2053 minesweeping off the Italian coast .
​Thanks to Robert Carrier for these photographs.

BYMS 2028, which had been danlaying was close by and come to her assistance. A line was passed to the stricken vessel. With worsening weather conditions and the sea becoming rougher, the tow broke. As the 2028 struggled to tow the 2053 to safety the tow broke a further four times.

Lt RNVR Peter Errington DAVIES on the 15 May 45 received a DSC for gallantry, perseverance and devotion to duty in minesweeping operations under enemy fire in the Adriatic August to October 1944.

William John MELHUISH,  LT/X4087T, Chief Engineman, on the 15 May 1945 received a DSM for for gallantry, perseverance and devotion to duty in minesweeping operations under enemy fire in the Adriatic August to October 1944.

HMS Birmingham, 1939, when attached to 5th Cruiser Squadron based at Singapore.