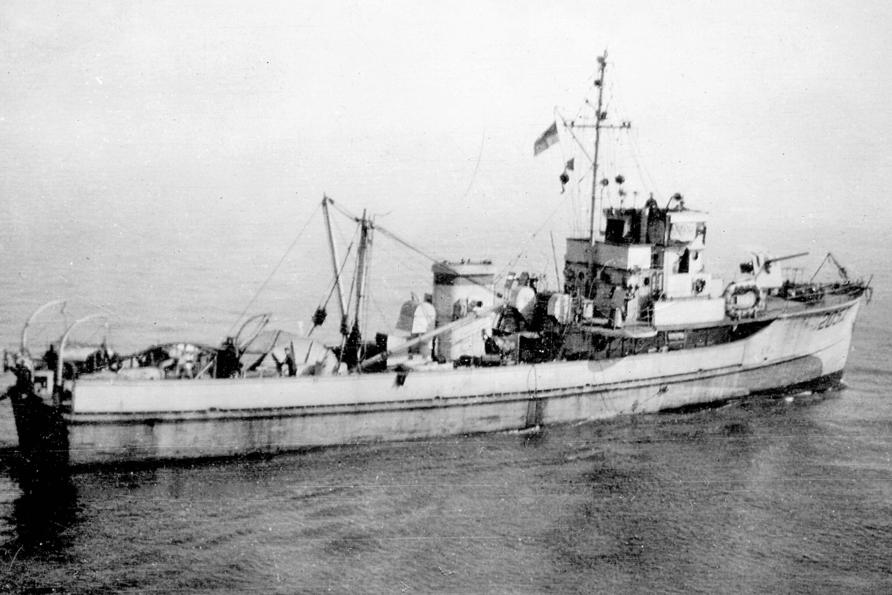 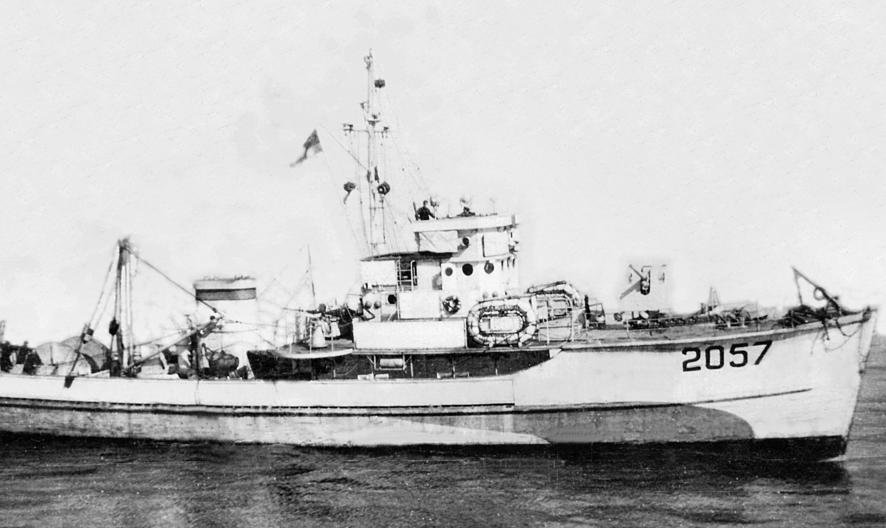 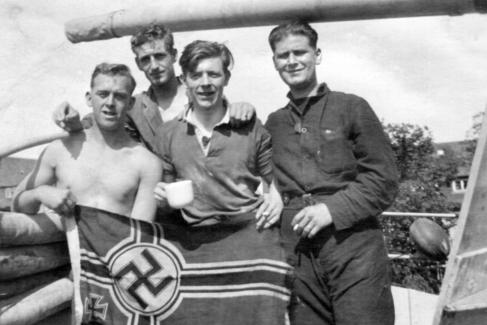 BYMS 2057. Photos by kind permission of  John Sterland who's Dad Alf served on her. 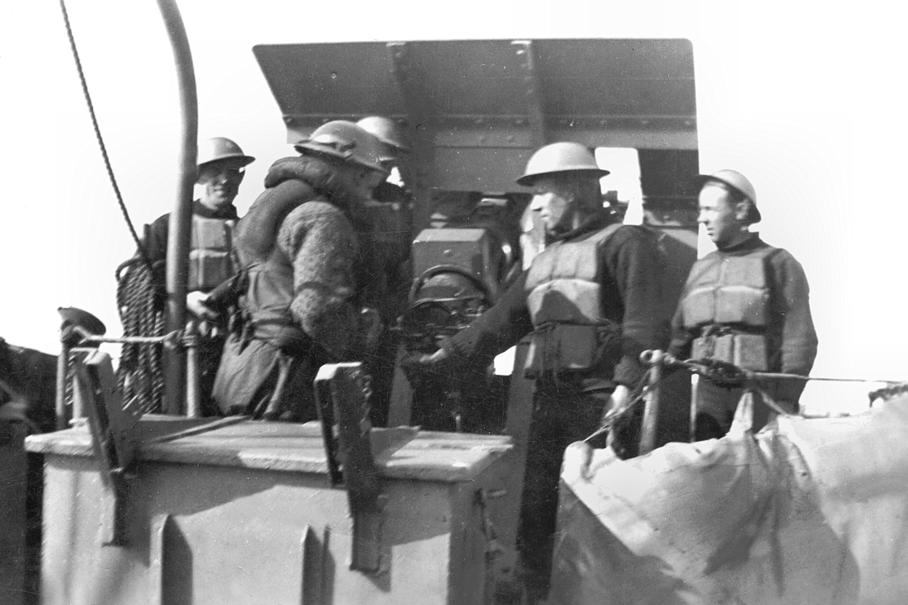 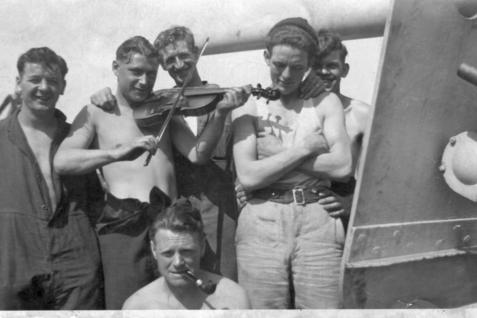 BYMS, British Yard Mine Sweeper were all built to the same design. The only variation was one of appearance in the number of exhaust stacks. They were fitted with an Acoustic “hammer” on the bow to sweep for acoustic mines and a drum on the stern for the LL cables to sweep magnetic mines

Crew of BYMS 2057.  Photos, thanks again to John Sterland.

Assigned to the Nore Command, Flotilla 163