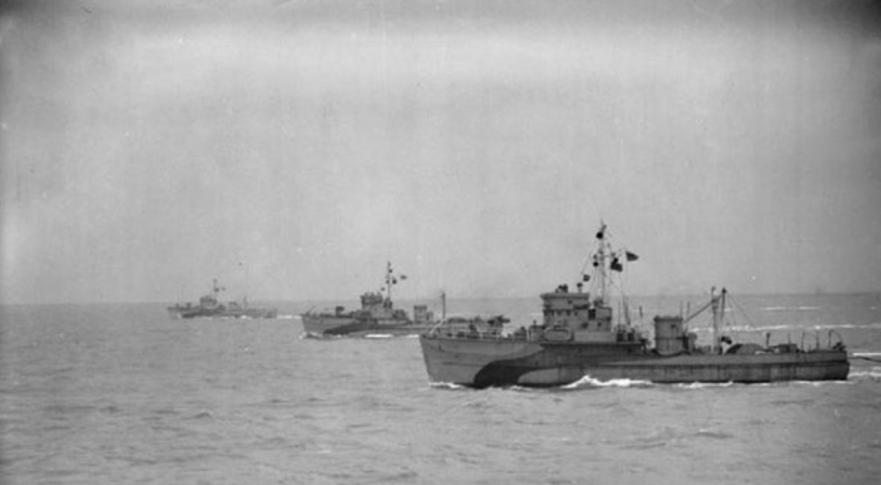 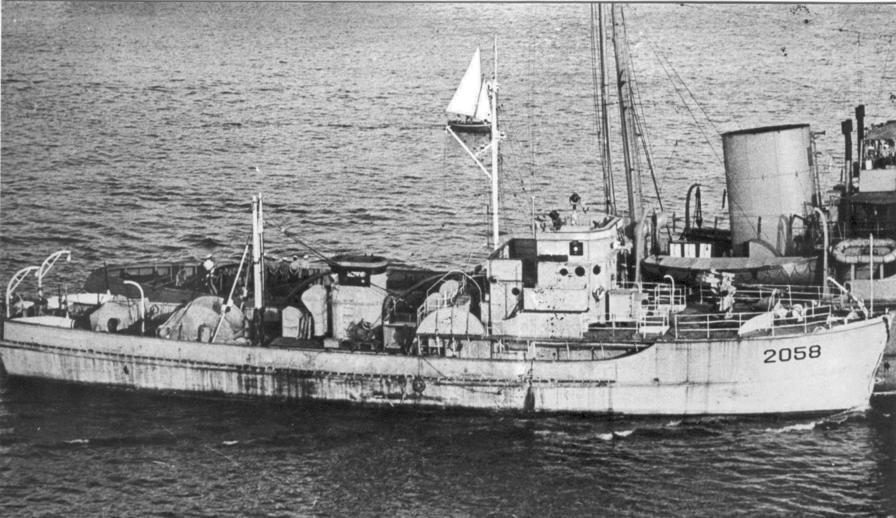 BYMS clearing the Scheldt of mines. Photograph taken from BYMS 2189 and includes 2058, all Nore Command minesweepers.