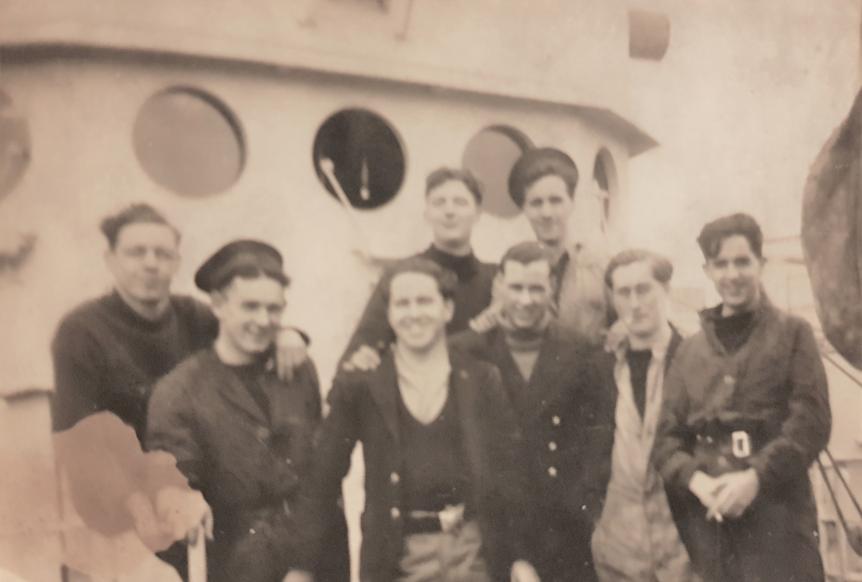 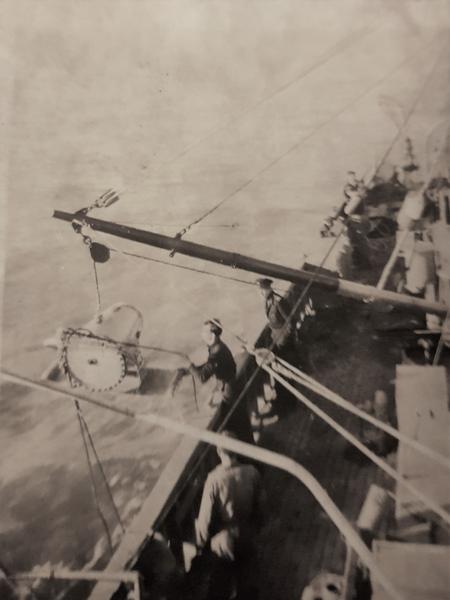 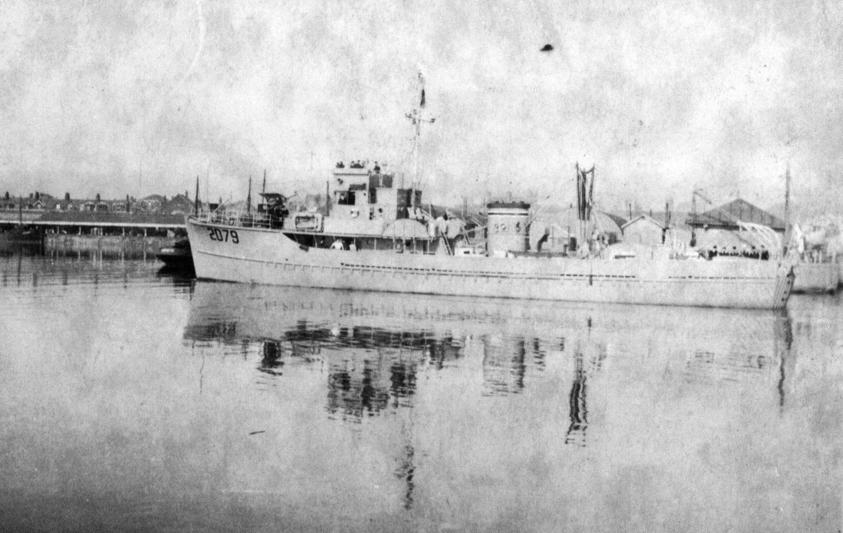 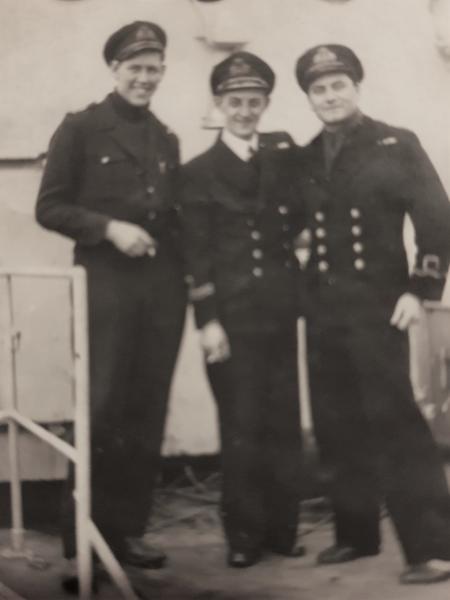 Photographs thanks to J. R. Grimley. 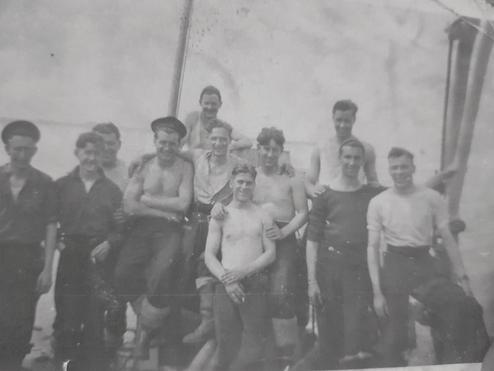 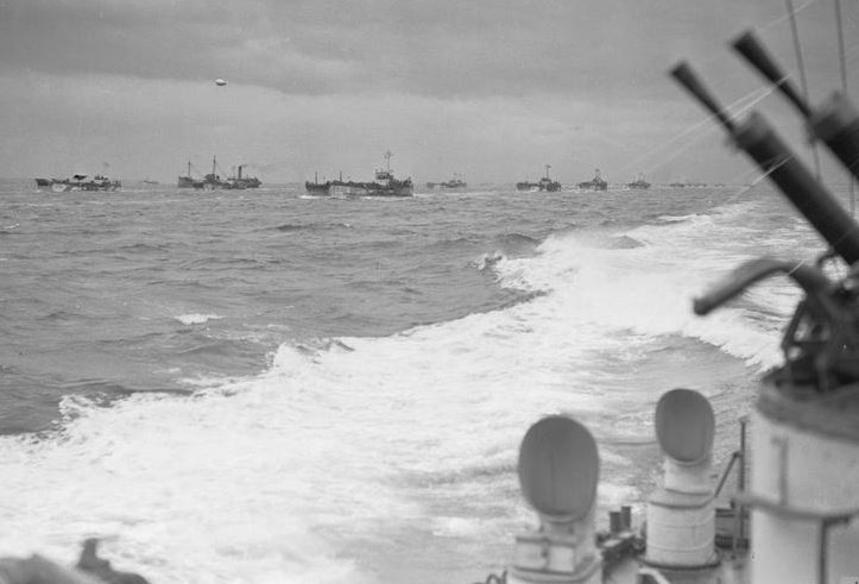 Preceded by Mine Sweepers the invasion convoy, including landing craft, supply ships and escorting warships, leaves Spithead for France. 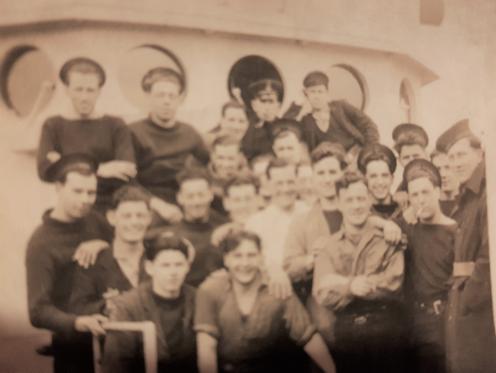