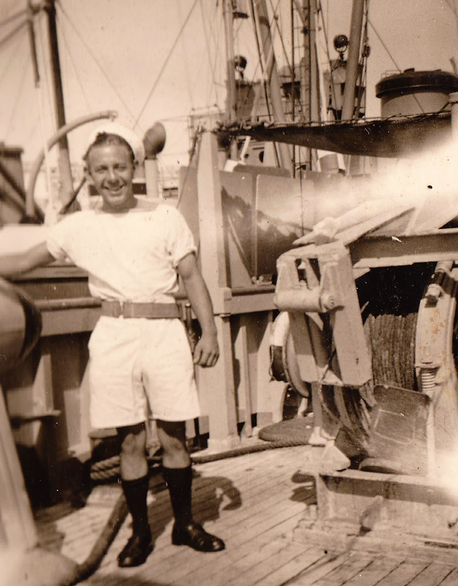 Douglas Crooks  possibly in Greece. After the war in Europe came to an end, many of the minesweepers were sent to the Middle East via the Mediterranean. 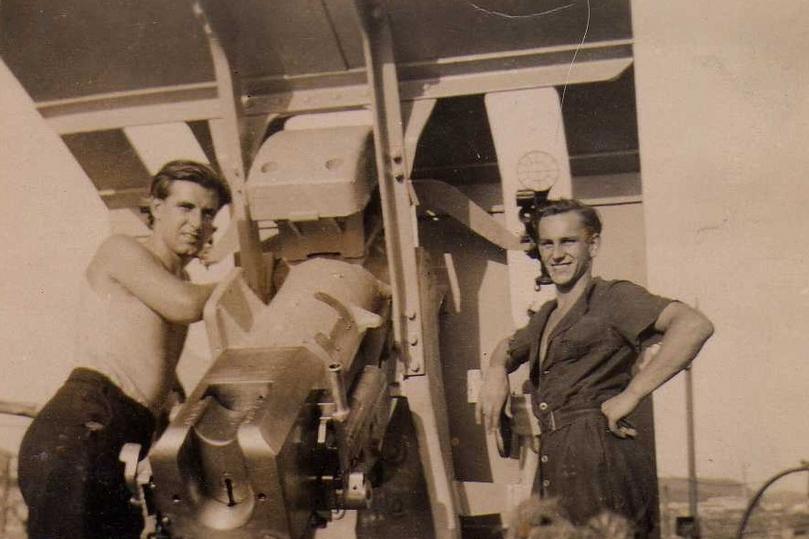 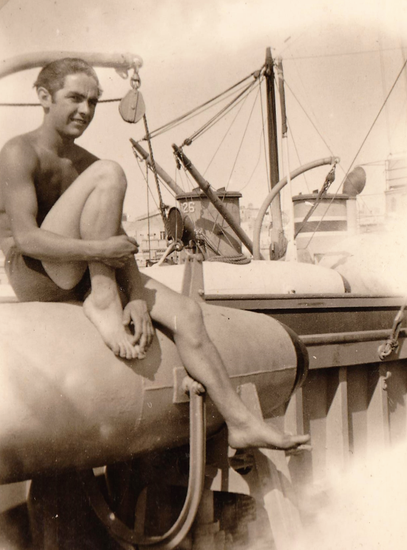 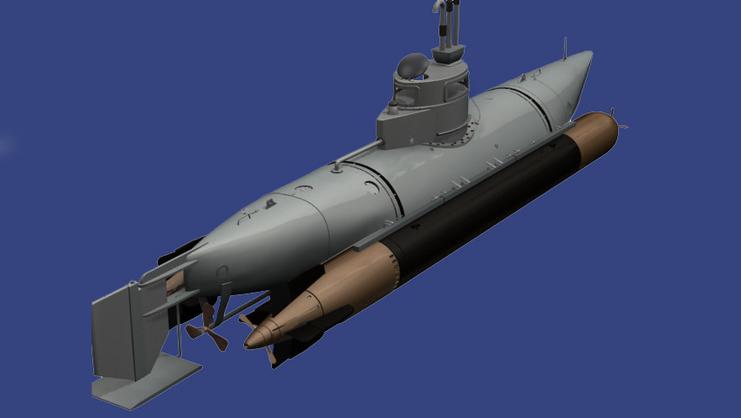 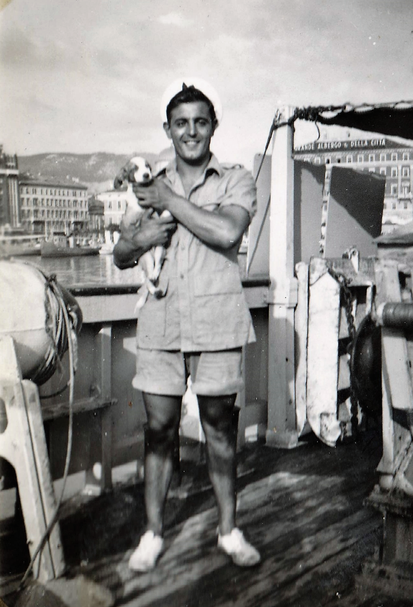 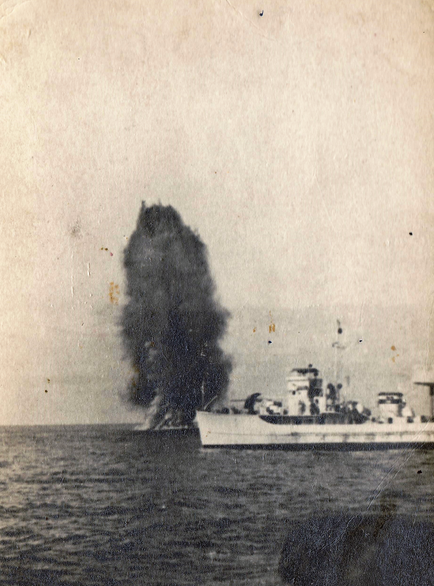 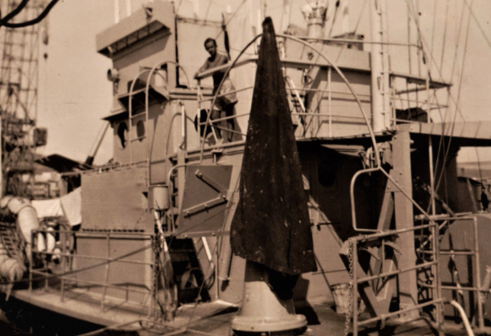 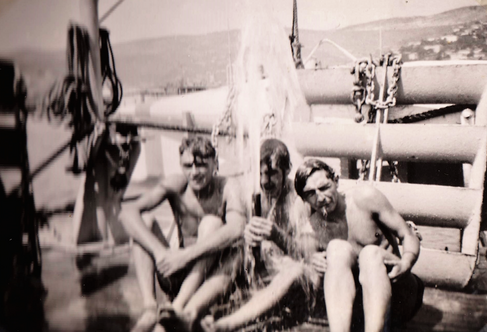 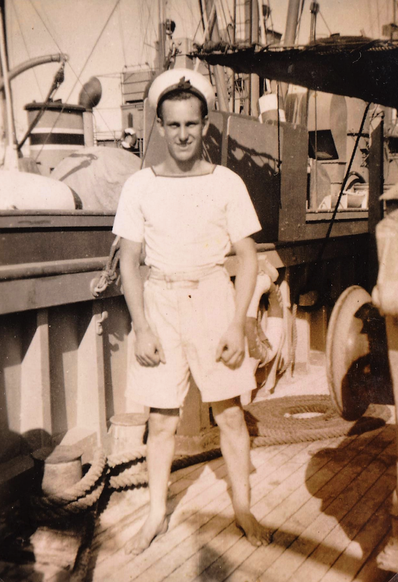 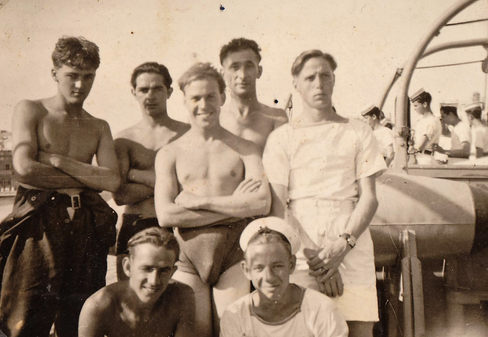 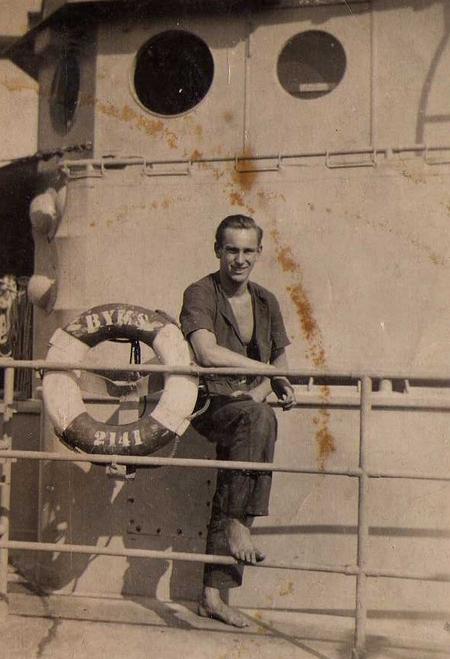 Douglas Crooks  on the right at the BYMS 3 inch HA/LA, Gun. 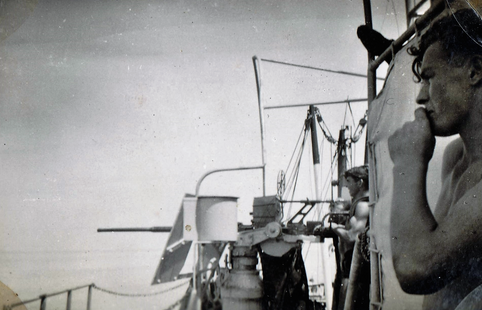 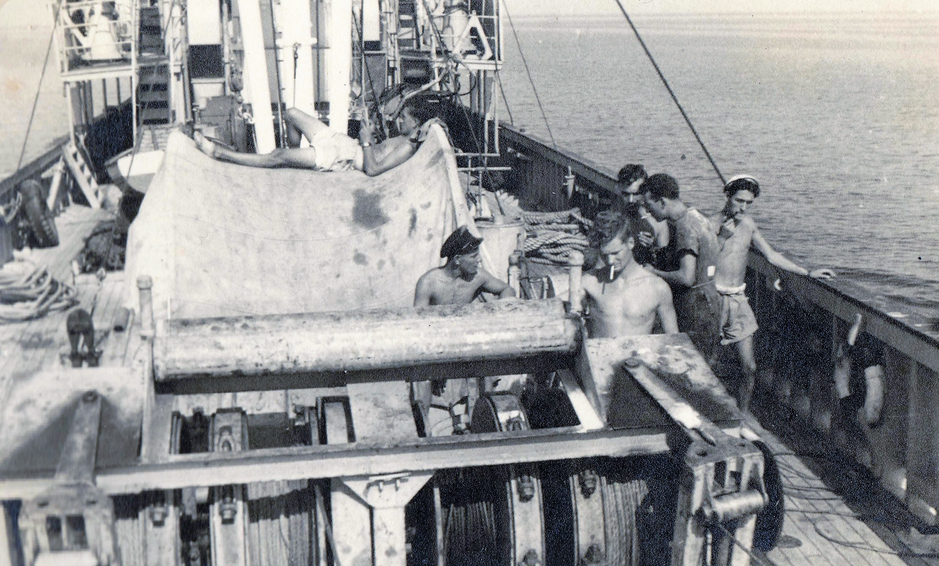 6 Jan 45, Antwerp.
7 and 8 Jan 45, Southend.
8 Jan to 4March 45, Great Yarmouth.
20 May 45, Ostend. The winter of 1944–1945 was very harsh for the people of Holland. Food was cut off by the Germans and 18,000 people starved to death. Relief came at the beginning of May 1945 when minesweepers cleared Dutch ports of mines and ships carrying humanitarian aid arrived. Minesweepers, the first vessels to arrive in Dutch ports gave their food to Dutch children.
10 June 45 Sheerness.
10 June 45, Great Yarmouth. 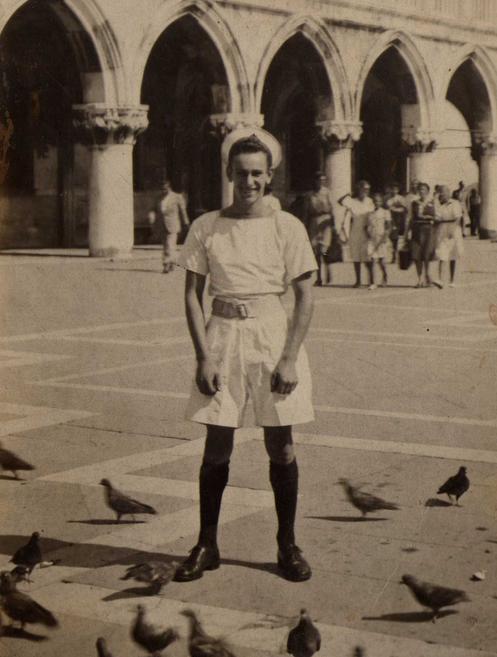 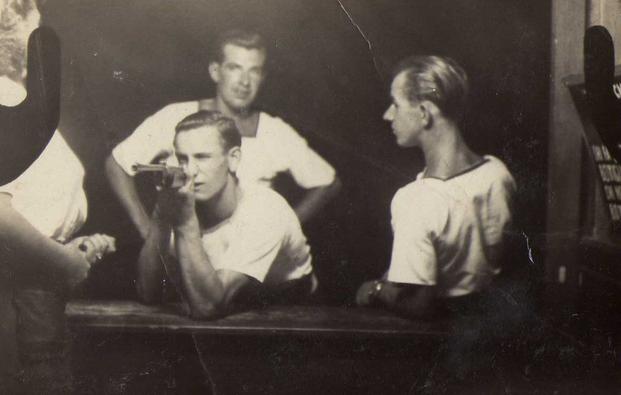 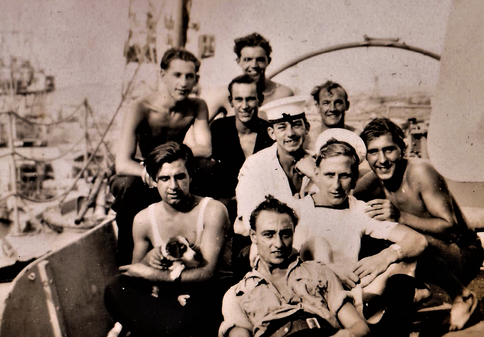 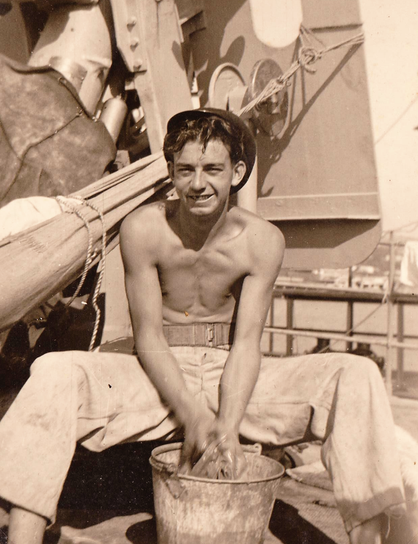 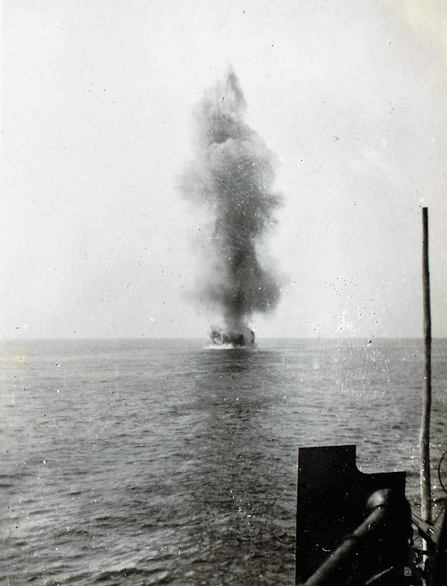 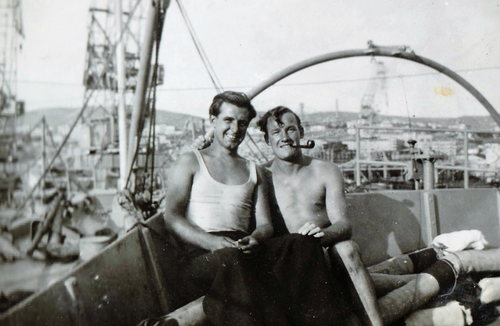 To see bills story of his journey the United States to pick up BYMS 2141 and bring her back to England CLICK HERE.

To see an interview with Bill in November 2010, CLICK HERE 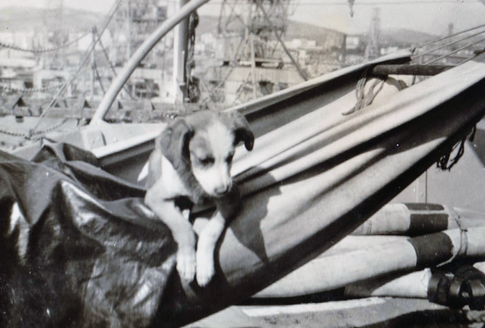 Douglas Crooks at a Fair Ground Shooting Gallery. Most crew of Minesweepers were marksmen as when mines floated to the surface, they were shot at , to hole them (not to blow them up, as a very large explosion close to a ship was undesirable) so they sank to the bottom.

BYMS 2141, CREW PHOTOGRAPHS. From the collection of Douglas Crooks by kind permission of his daughter and son-in-law, Robert Carrier 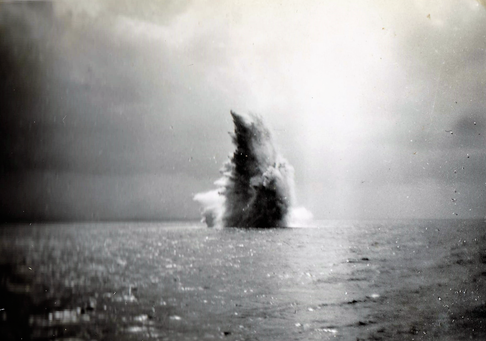 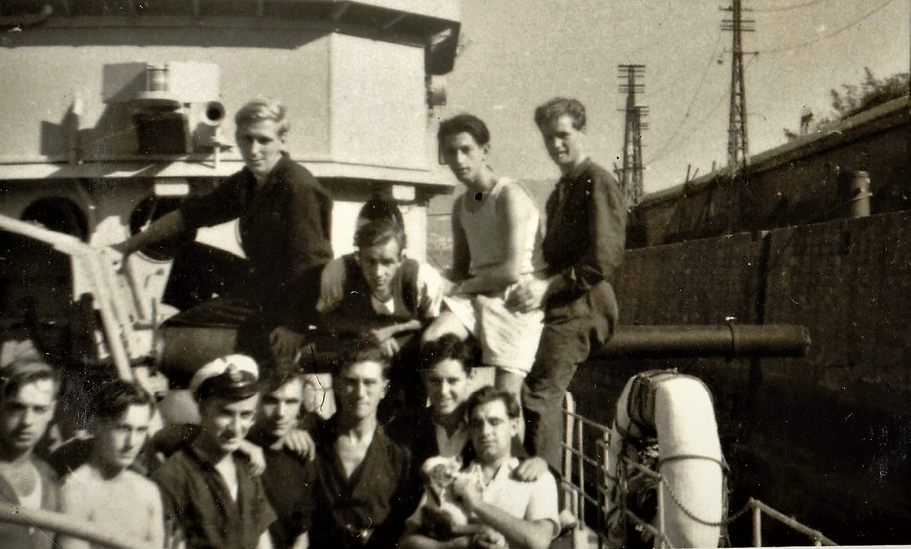 Mine detonates dangerously close to the minesweeper. 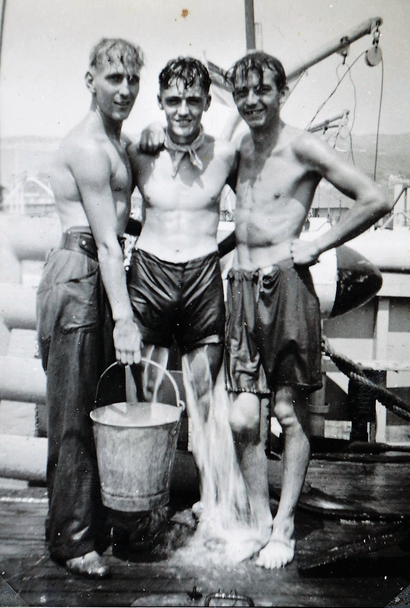 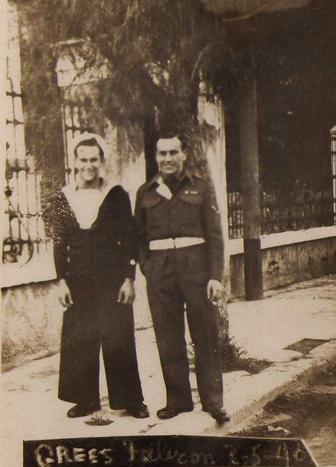 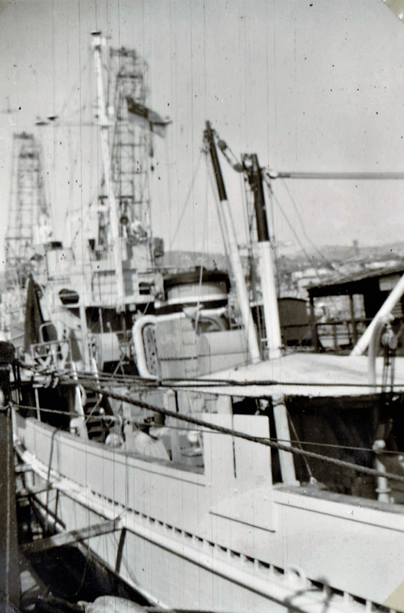 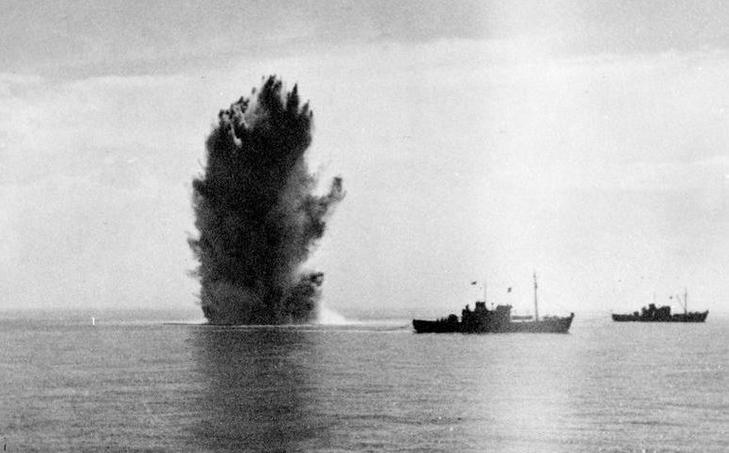 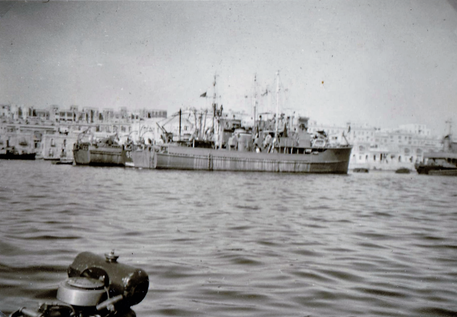