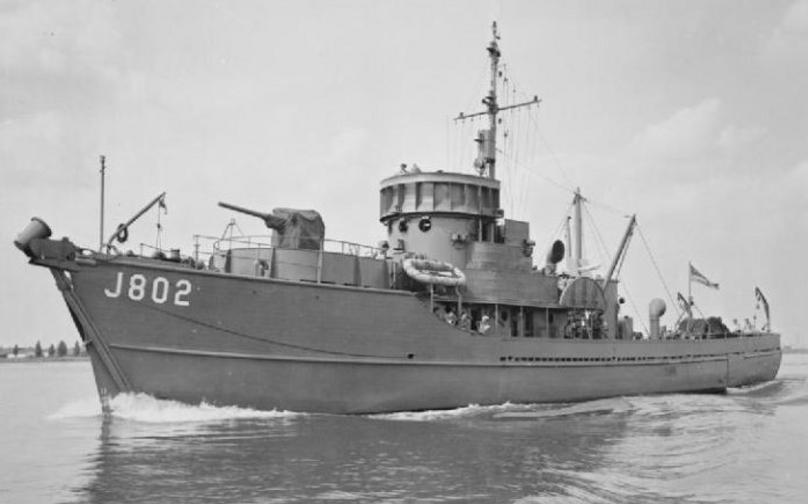 MID, Mentioned in Despatches was awarded to Lt RNVR Vivian Adams MAWSON for Minesweeping
​First MID awarded for coming under air attack on HMT Berberis (M/S)
Second MID awarded for courage and skill in minesweeping operations in the approaches to Le Havre on BYMS 2161