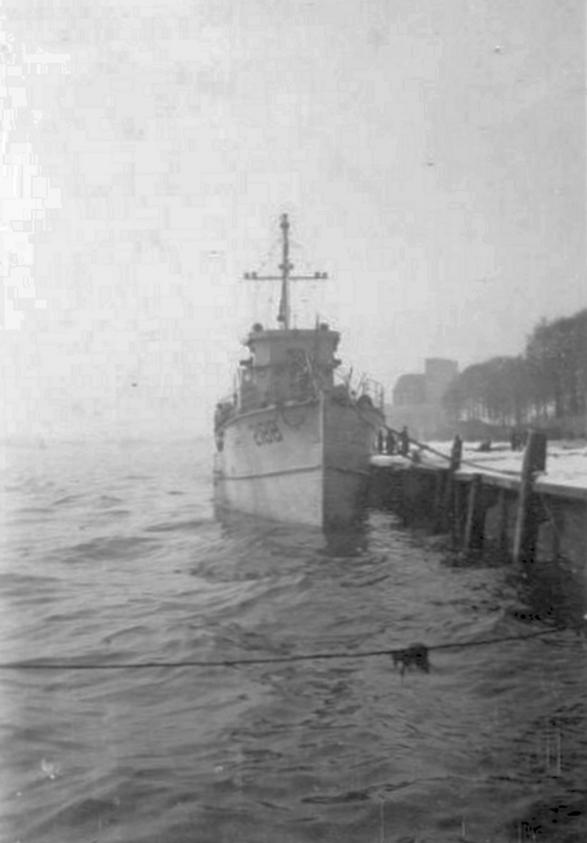 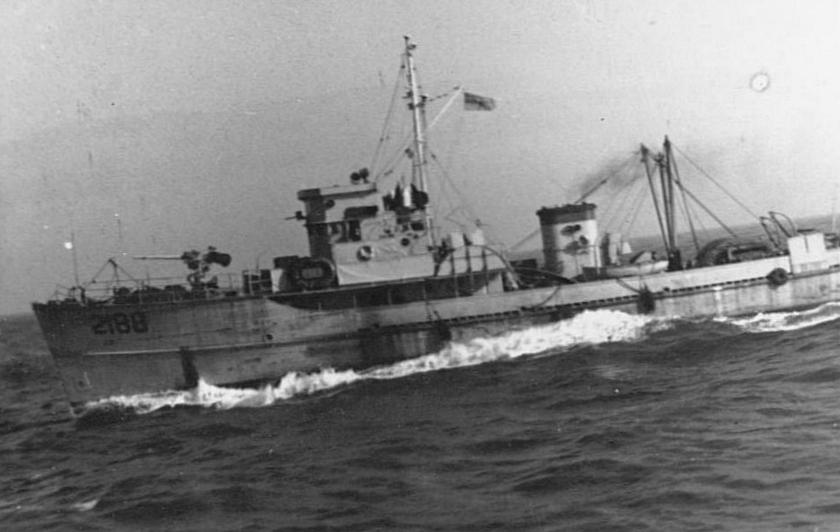 ​​BYMS 2188 at Rotterdam, The Netherlands. Taken by Gordon Hunter

Gordon Hunter in the engine-room​ of BYMS 2188

On the journey back to the United Kingdom, BYMS 2188 called in a Halifax, Nova Scotia, Canada. German U-boats had laid mines at the mouth of Bedford Basin, blocking the entrance to Halifax Harbour.

The 170th MSF (Mine Sweeping Flotilla) which included BYMS 2188, was attached to the Royal Canadian Navy for a short time and cleared 18 mines from the harbour approaches.

No sooner were these mines cleared, when a second minefield was laid by German U-boats outside of St johns, Newfoundland.

Sixteen mines were swept from the approaches to St Johns. But it was winter and the minesweepers were iced in.

BYMS 2188 was finally able to return to Canada and eventually crossed the Atlantic via the Azores. 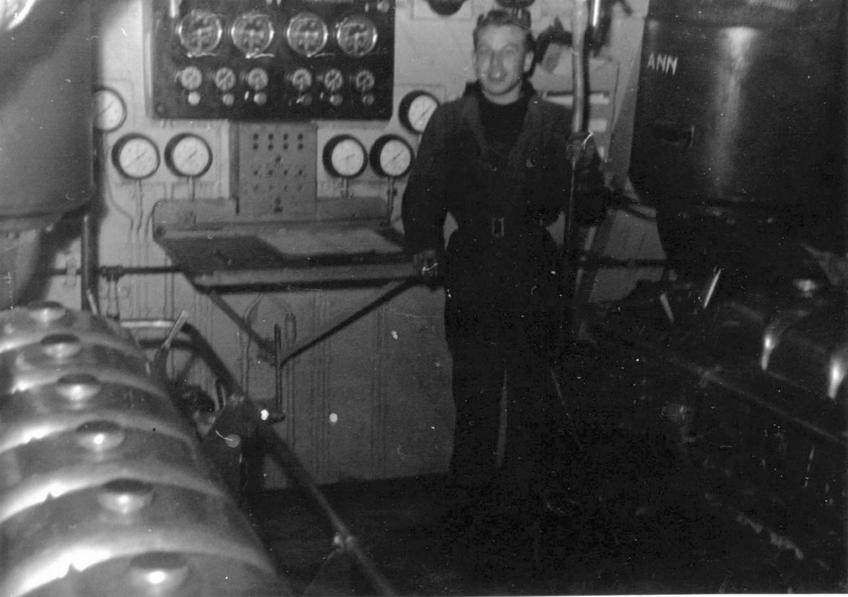 BYMS 2188 at Ijmuiden, Holland. From the collection of Engineman Gordon Hunter.

BYMS 2188 took part in the D-day landings sweeping ahead of the Allied invasion fleet.

BYMS 2188 arrived off Cherbourg to start sweeping. Suddenly shells started to fall around her. This was unexpected as the Americans had informed the Royal Navy that Cherbourg had been taken. But one Fort remained in the hands on the enemy.

Chief Petty Officer Davies recalls, “When we arrived the next morning the fort was in ruins, having been pounded by rocket carrying RAF Tempests. (an improved version of the Hawker Typhoon).

Every night the Germans would mine the entrance to Cherbourg Harbour. Each day the minesweeping flotillas would clear the mines.

Sadly, the body of an American soldier floated back and forth on the tide for three days until it was recovered.

16 January 1945. MID awarded for gallantry and skill in minesweeping operations off the coast of France. Cherbourg approaches.

3 April 1945. DSM awarded for great gallantry and endurance in clearing the estuary of the Scheldt of mines during the period of October to November 1944.