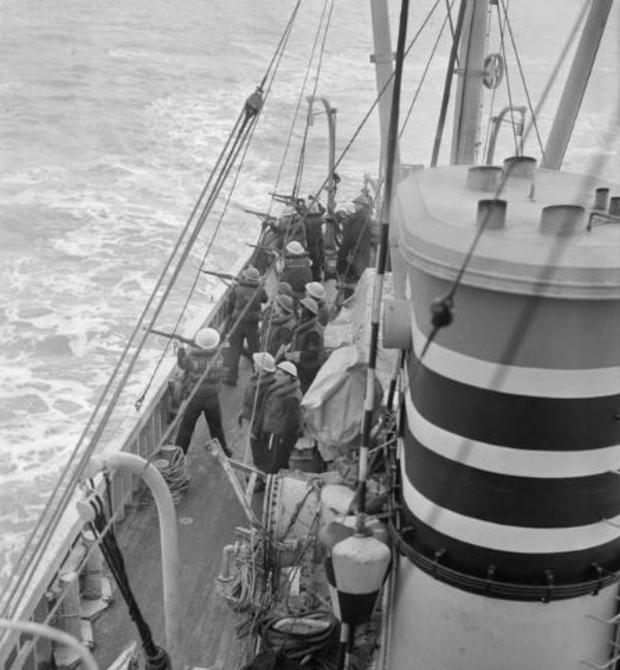 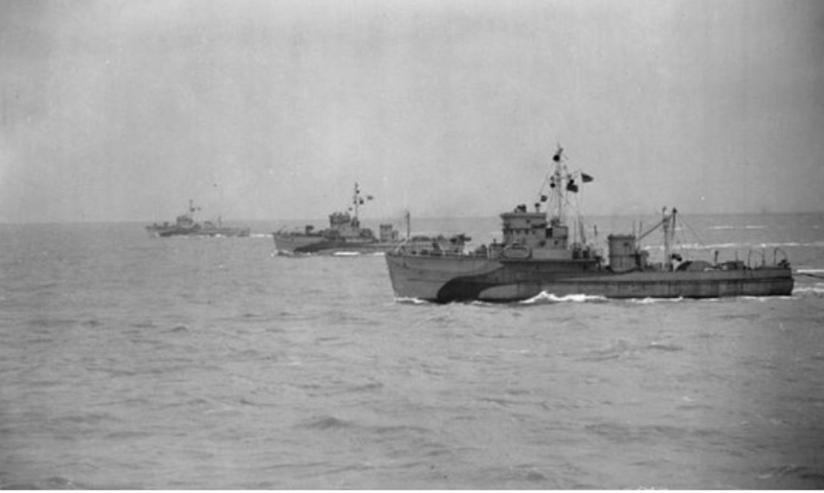 Crew of the British Yard Minesweeper BYMS 2189 firing at a floating mine during the Royal Navy's clearing of the Scheldt to Antwerp. The objective was to sink the mine, not blow it up!