Scott tells us, I spent a full day with Alistair today, mainly driving him around to little villages and just listening to his stories. He had a fascinating life.

He told me Edward the CO of the boat (called Teddy whenever he had no lid on) was a Lieutenant  Commander  of the entire flotilla in his time on it. He refused several promotions to stay on the boat with the CO and remained an AB.

This morning I picked up a fellow lawn bowler from his house, he’s 95 years old and a WW2 veteran who served in the Royal Navy before emigrating to Australia in 1948. This guy is a mate and close to 50 years older than me.

I took him on a 200km tour of some old workplaces in and around Canberra (up to an hour one way for one trip). He met friends of friends in some small villages and we enjoyed a counter lunch and a few beers in a village pub. Throughout the day he was so glad to talk to me about his amazing history.

Some fascinating points of history included:

He is exactly one year younger than Queen Elizabeth 2. Born 21 April 1927.

He was born in Scotland to a single mother who was a school teacher.

He was farmed out to an older couple, who he suspects were his paternal grandparents, very strict, but when their son visited he always gave him a shilling. That guy emigrated to Canada when he was about 8.

When he was 13,both carers died within six months, due to this he left school (just finished primary school) and found a job and lodgings (back shed) with a Forestry worker (think ranger or gamekeeper).

He worked and lived here until he was 16 when he joined the Royal Navy, after training his only ship was a minesweeper constructed by the US under lend/lease. The ship participated in the D-Day landings with heavy damage and casualties.

He joined the ship (really a boat at 130ft) after it was refitted from D-Day damage. They cleared mines on the east coast of the UK, then Gibraltar, Malaysia and Singapore.

After the war he emigrated to Australia in 1948, to Canberra, Australian Capital, which then had a population of 17,000.

He worked on the Snowy River Scheme, a mine at Captains Flat, maintenance for the Australian National University and bought a taxi once he’d saved enough.

He’s played lawn bowls since 1956 (the year my mother was born) and continues to still play competitive and social bowls.
An absolute legend of a man, who tells me he did nothing special. 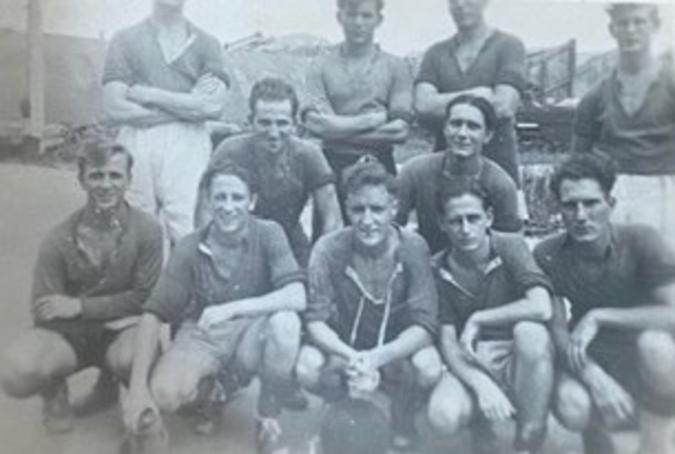 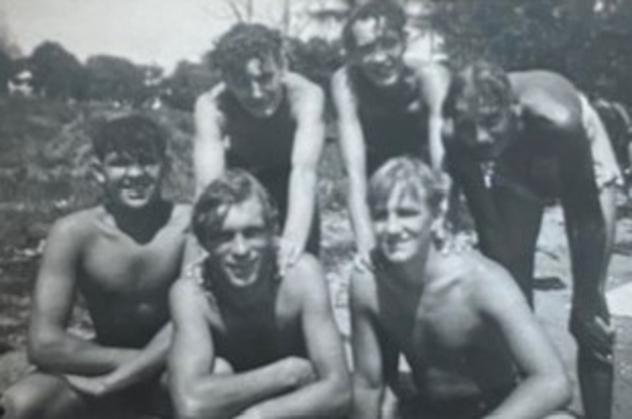 Thank you to Scott Smith who tells us about Alistair Cameron.

​Alistair joined BYMS 2205 after D-Day. It needed a refit after being hit by enemy shell fire. He was awarded the Indian and Pacific Star for the time he spent on the ship.

BYMS 2205 was amongst the minesweepers which cleared the Scheldt Estuary and opened up the Port of Antwerp. By then the supply lines reaching up from the D-day beaches to the front line were so over stretched that the Allied Armies were running out of almost everything.

They minesweeper then went on to clear the approaches to the Dutch ports. Dutch train drivers had gone on strike to support the “Market Garden” advance towards the Rhine (A bridge to far) all supplies of food to much of Holland was stopped by the Germans.

It was known as the Hunger Winter. Tens of thousands of Dutch people starved to death, millions more were starving. Opening up the Dutch ports allowed humanitarian aid and food to flood into Holland. Many of the crews of the minesweeper, the first vessels to arrive, shared their food with starving Dutch children.

When the war ended in Europe, BYMS 2205 was sent to the far east to continue sweeping in the Pacific war. 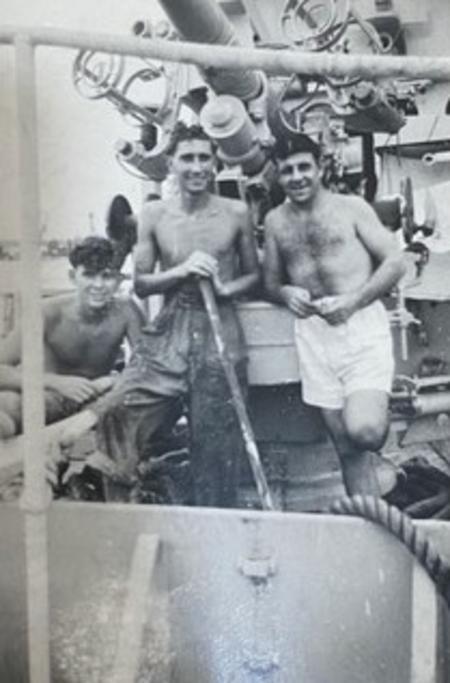 4, Alistair is second from the right. 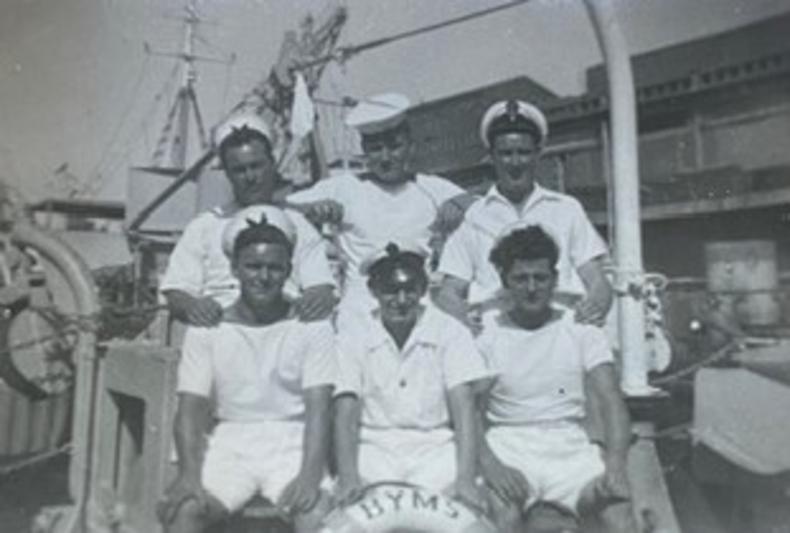 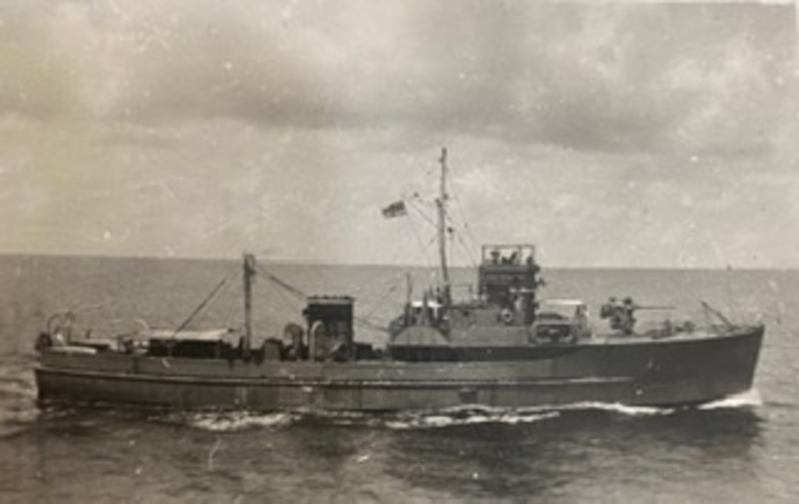 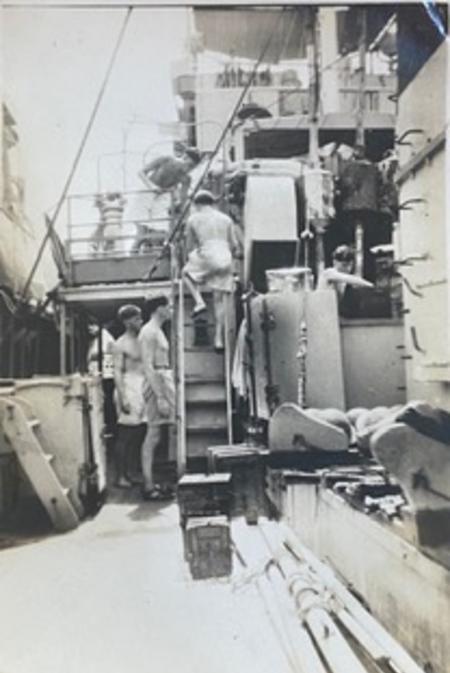 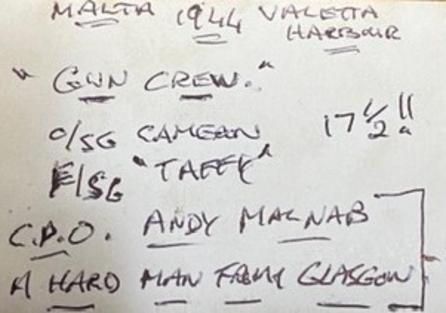 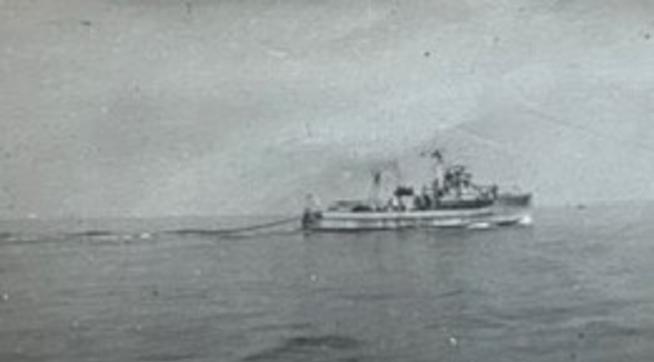 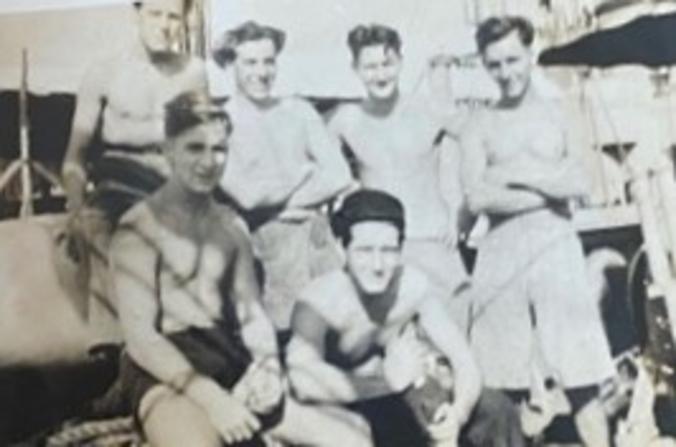 7, Alistair at the bottom of steps. 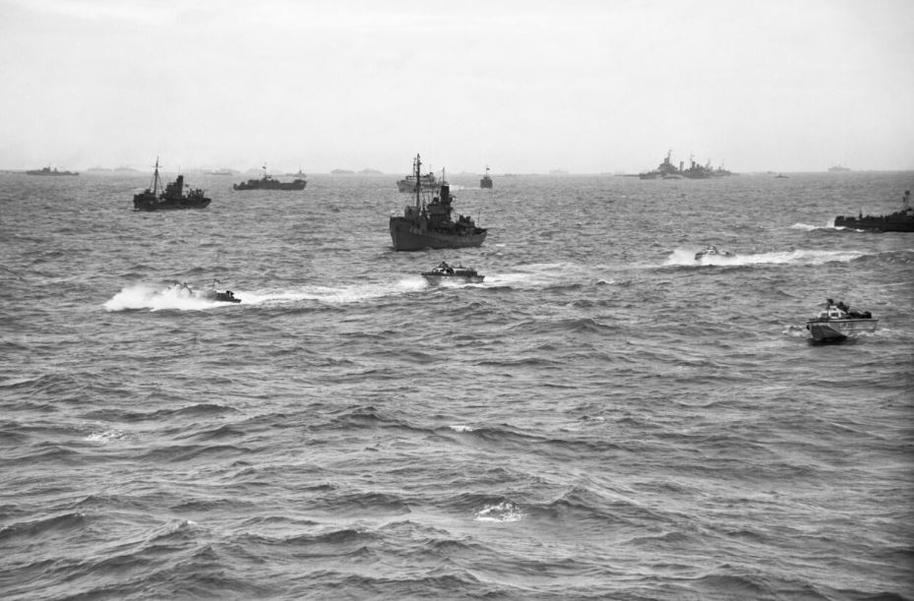 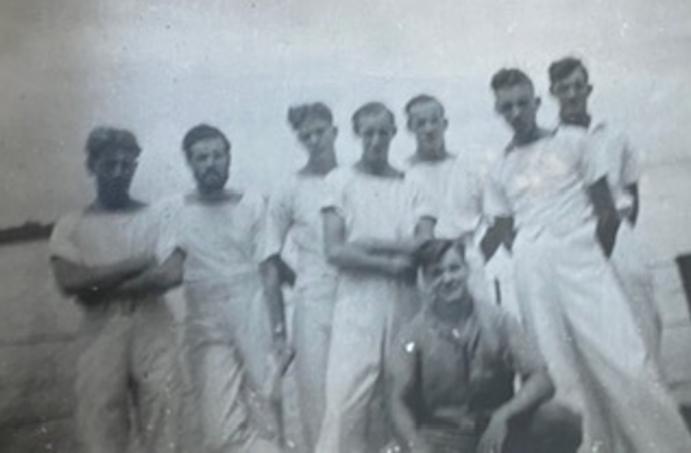 During the period from the 4 June 1944 (the day before D-day) to the end of July 1944 BYMS would have cleared pathways through the minefields to the Normandy Beachheads, cleared mines ahead of the Invasion Convoys, cleared mines from the ship assembly and disembarkation areas almost right up to the beaches, widened the cleared pathways and continuously swept for newly laid mines.  29 June 44, Portsmouth.

OFFICERS ON THE NAVY LIST, July 1945.
No Officers listed.​