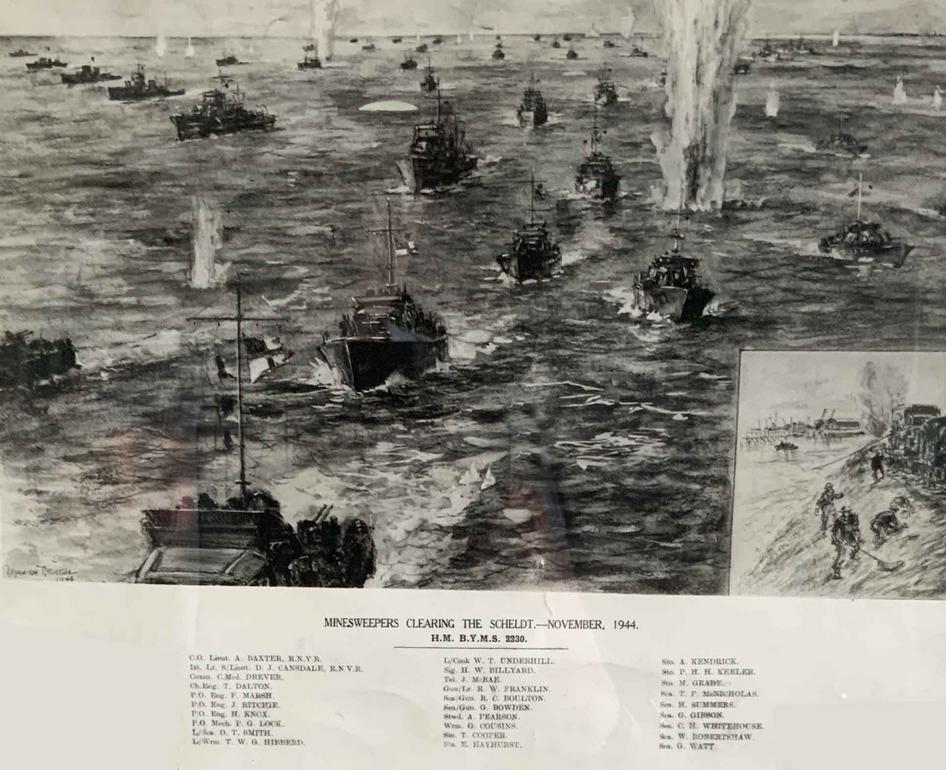 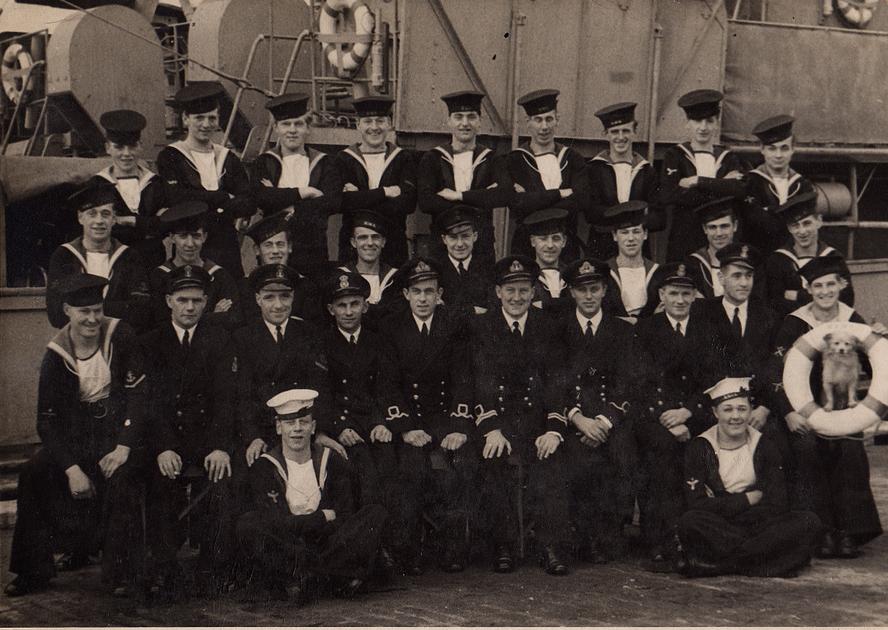 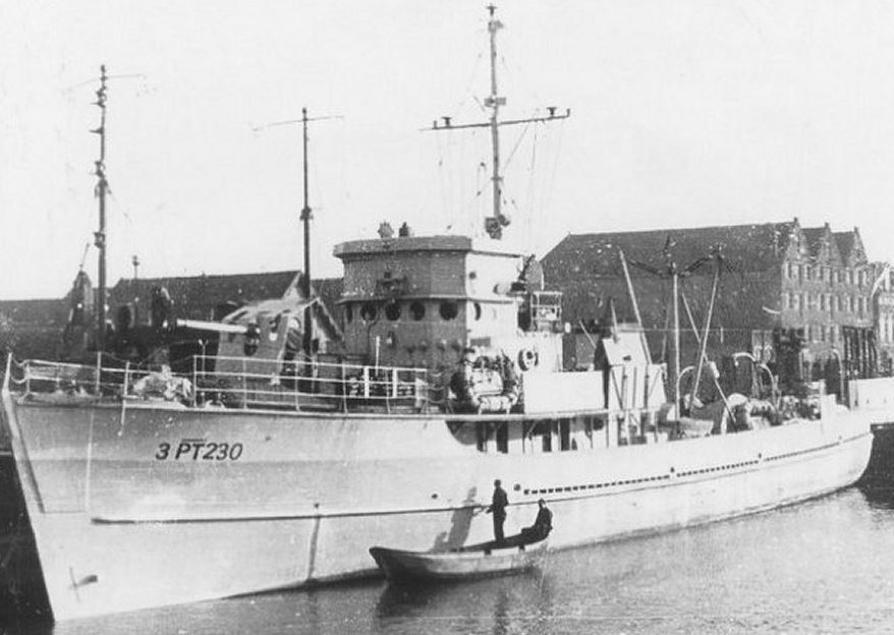 Minesweepers clearing the Scheldt, by Bryan de Grineau.
​​Thank you to Gemma Summers for the above picture and crew list. 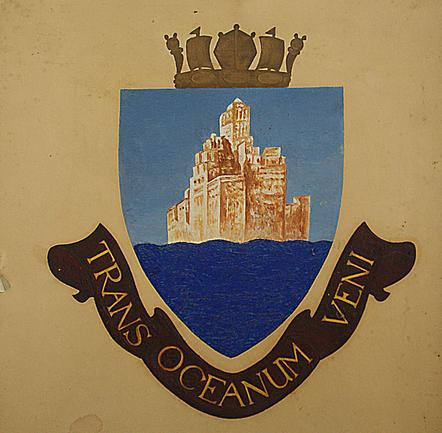 ​Seaman Henry Summers is pictured 2nd row 4th from right. (The chap with his bare chest next to the chap with the rope round his neck.) 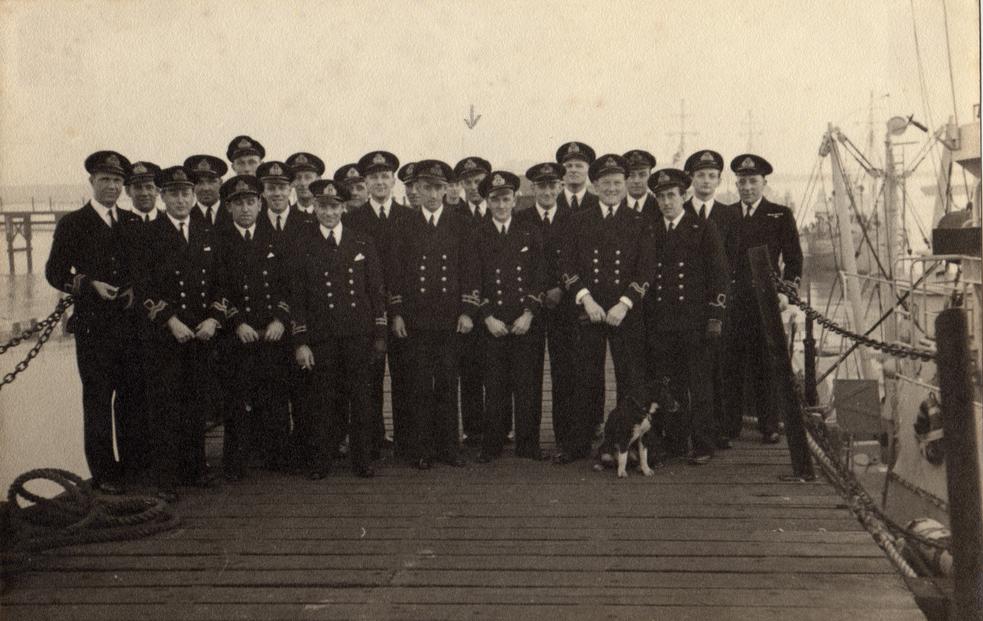 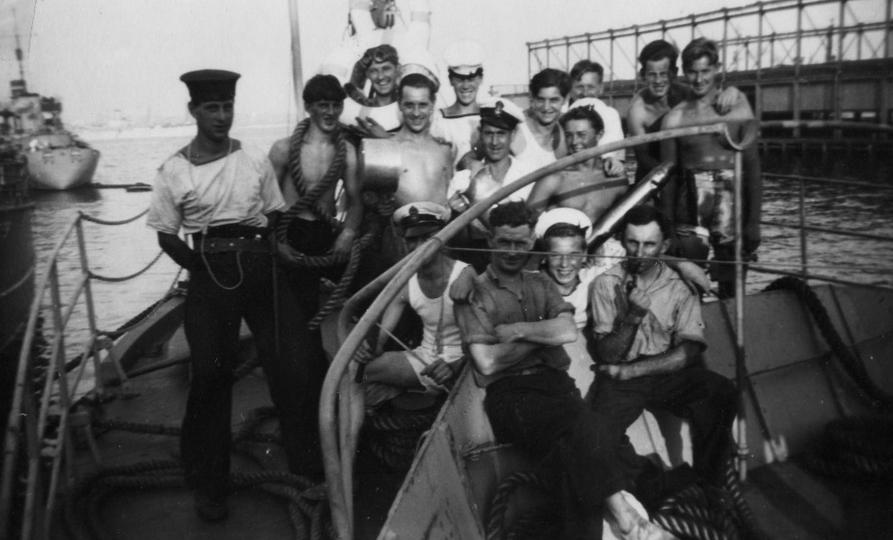 ​The following information and photographs are by kind permission of Roger Cansdale. Rodger tells us about his father Donald James Cansdale.

My father, Donald James Cansdale, was an RNVR Acting Sub-Lieutenant on BYMS 2230. He went across to Canada on the Queen Mary and then went down to New York by train to pick up the ship. One of his stories was that every time the train stopped, there were sailors leaping off and heading for the nearest bar. The engine would then hoot before leaving and there would be a mad scramble to reboard. I don't know how many got lost on the way.

They crossed the Atlantic without incident and sighted Ireland within half an hour of my father's ETA; he was navigation officer. They then went through the Caledonian Canal, bending the propellor by going through a wiggly bit too fast and hitting the rocky bank; they had to wait some days before the replacement propellors arrived on another ship. They then formed part of the 157th Minesweeping Flotilla operating out of Great Yarmouth and went over to Holland to sweep the Scheldt. See Clearing the Scheldt, HERE.

The formal picture of the crew includes the captain, Lt Andy Baxter with my father sitting on his left with his hands crossed in his lap. I believe the dog's name was Chopper.

The crest was devised by my mother with the motto "I came across the ocean" contributed by my father. The ship's chippy made a wooden shield, which my mother painted and was hung on the wheelhouse; it might even be visible in the photo on your website. When they finally packed up, Andy Baxter nicked the shield but my mother had done another one which hung in the wardroom, which my father took and which now hangs in my study. According to what my mother wrote later on the back of it, she and I (aged about 3) had drinks in the wardroom; needless to say, I have no memory of this.

Other stories (I can't vouch for the truth of them!):

Someone came into port forgetting to lower the barrage ballon that was trailed to discourage dive bombers and hit power lines which blacked out Great Yarmouth.

The captain of one of the ships which was undergoing some sort of refit returned to his ship and found the dockyard maties sitting round playing cards. He was so angry that he took a pot shot at them with a Luger that he had acquired and hit one of them in the leg. He was duly sentenced to be severely reprimanded, after which the admiral shook him warmly by the hand and told him he had always wanted to do that.

One of the flotilla took a shot at a German aircraft and actually hit it, bringing it down in the sea. Someone else tried to do the same thing, missed and got bombed; general feeling was that he shouldn't have annoyed it.

Following Operation Market Garden, the Germans  cut off supplies of food to much of the Netherlands.  The minesweepers arrived in Dutch Ports to find a starving population. The men of BYMS 2230, like many  other minesweepers shared their food with Dutch children. See The Relief of Holland HERE.

Breakfast  was usually brought up to those on watched and was often a bacon or sausage sandwich.  One morning Donald asked for a mug of tea and a sandwich. He was rather surprised to be given a very soggy porridge sandwich.

​He made it all sound great fun, but I strongly suspect that it wasn't and he didn't talk much either about being torpedoed earlier in the war and spending 19 hours bobbing about in the Atlantic on a life raft before being rescued by Portugese fishermen. 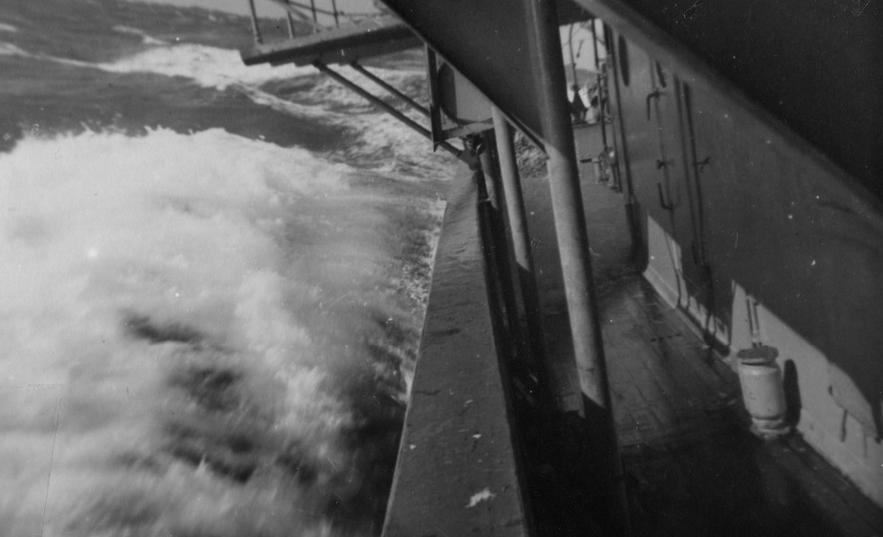 BYMS 2230 aground in River Scheldt.

Officers of the 157th Minesweeping Flotilla on Queenborough Pier. 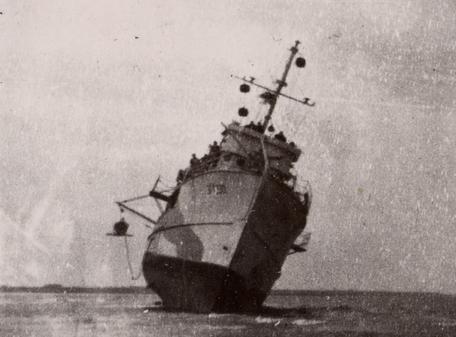