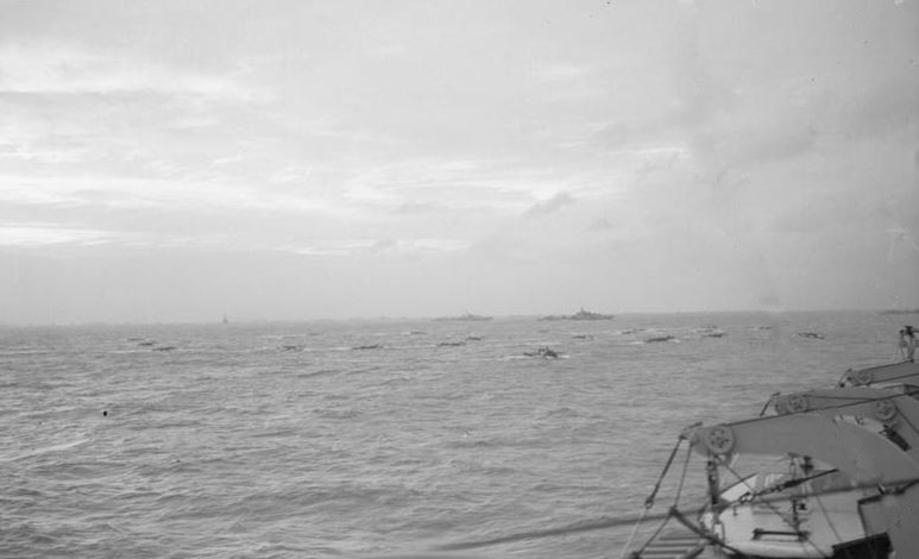 5  June 1945. D-day. Landing Craft heading towards the Beach. The sea having been cleared of mines by BYMS (British Yard Mine Sweepers) and MMS's (Motor Mine Sweepers) from Minesweeping Base Wildfire III, Queenborough.