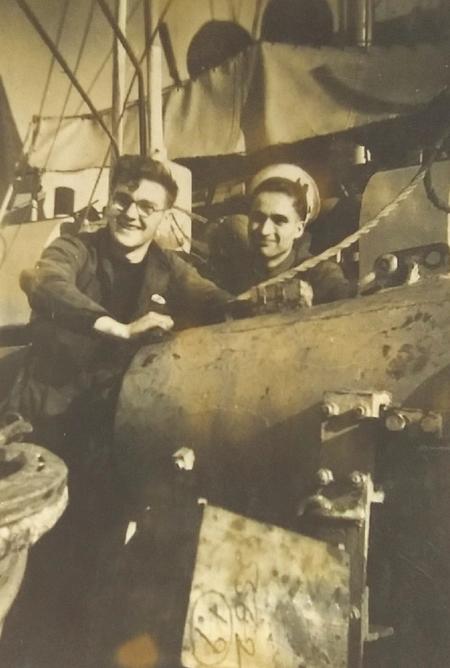 Struck from the Greek Navy registry in 1966.

BYMS 2240 was handed over to her British Crew on the 25 May 1943 at Cleveland, on Lake Erie. Before it reached St Johns, on the eastern tip of Newfoundland, Canada, the jump off point for the daunting Atlantic crossing, it would have a long journey. When 2240 left the ship builders, Stadium Yacht Basin, Inc., in company with BYMS 2236, Cleveland, Ohio, it would travel across Lake Erie, along Lake Ontario, stopping at Montreal, Quebec City, traversing the St Lawrence Sea Way and on to Sydney (Nova Scotia), For some unexplained reason instead of going on the St Johns, the 2240 was rerouted via Boston and New York. The 2240 eventually arrived at St Johns after a journey of 2,000 miles.

With additional fuel in forty-four gallon drums the 2240 then crossed the North Atlantic. When she arrived at Milford Haven on the 15 October 1943 this was not the end of her journey. The 2240 travelled on to Gibraltar to become the founding member of the 162nd Mine Sweeping Flotilla.

BYMS 2240 PHOTOGRAPHS are from the collection of Douglas Crooks,

by kind permission of his daughter and son-in-law, Robert Carrier. 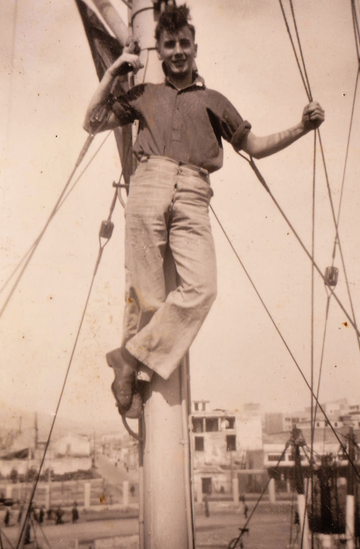 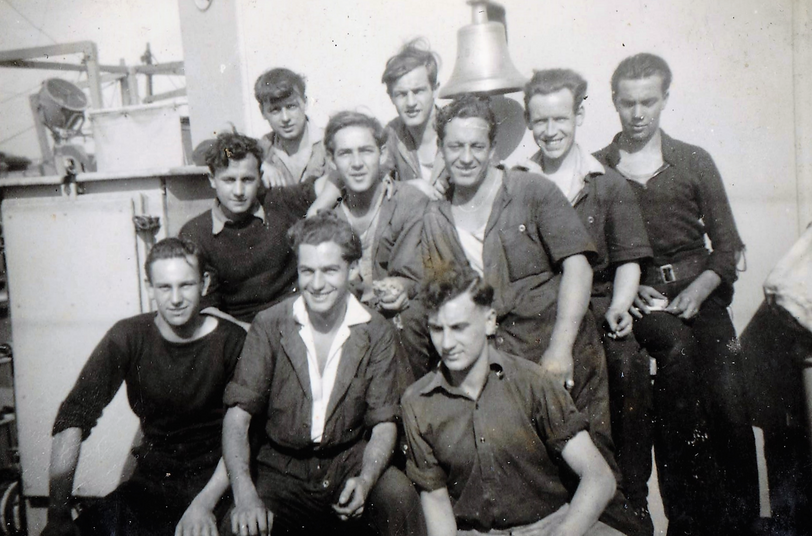 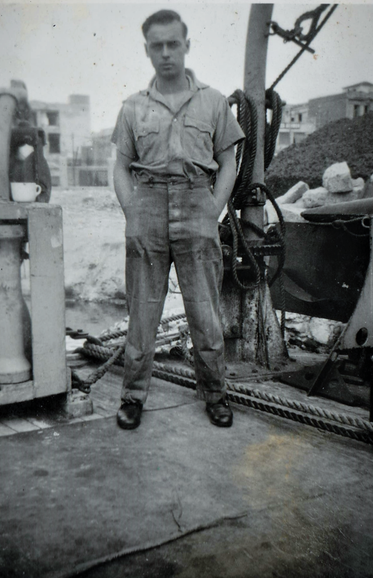 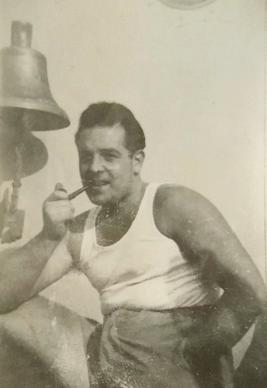 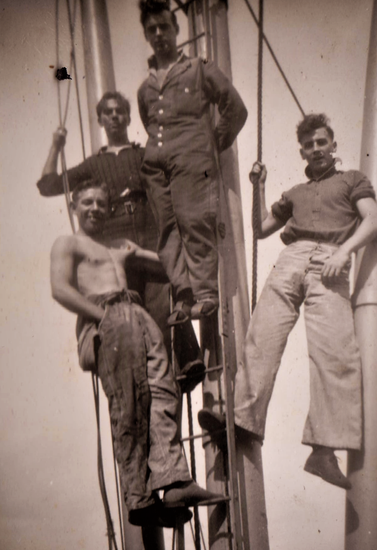 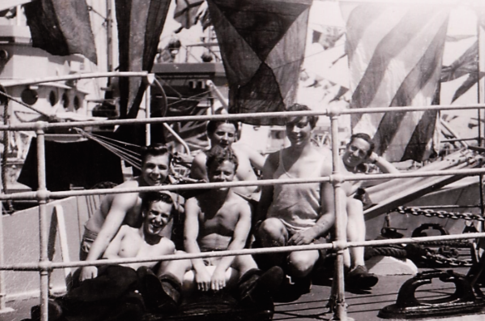 The BYMS 224o football team, George front row, is second on the left. 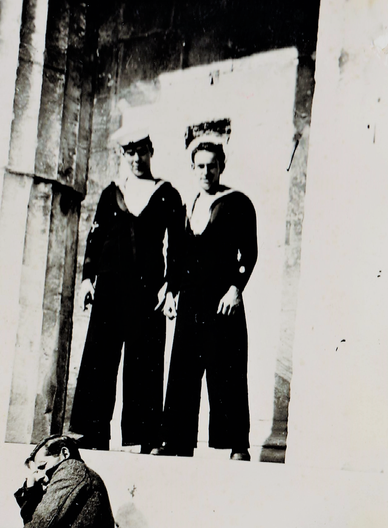 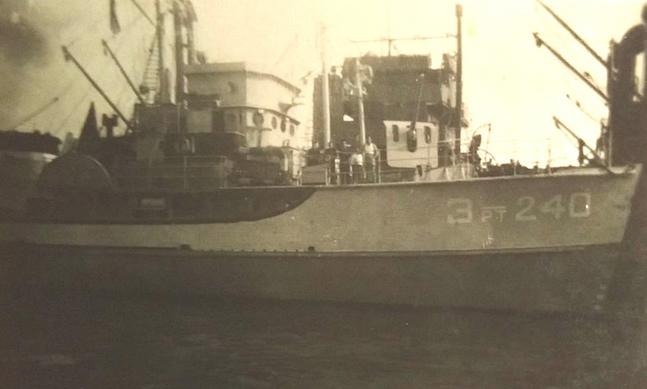 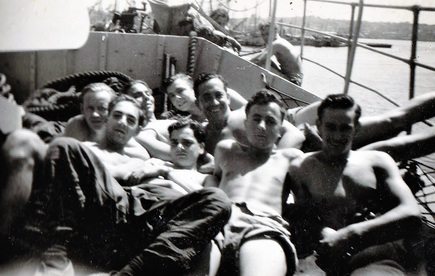 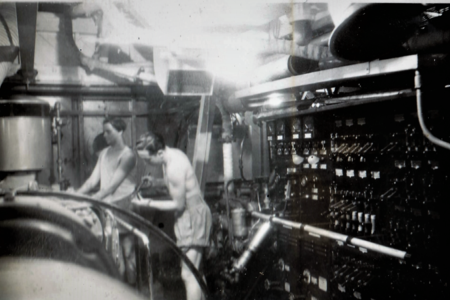 Dave Hovell on the left, Malta.

​A MOST EXTRAORDINARY MINE SWEEPING MISSION.

At the end of July 1944, the British Yard Mine Sweepers were sent on an extraordinary mine sweeping mission. Their primary mission was to sweep mines from the Dardanelles and Bosporus leading to the Black Sea. This was through Turkish territory and as yet, Turkey wasn’t in the war. It was indeed though that the retreating Germans would try to seal off the Black sea using minelaying aircraft. The mission was described by Lieutenant R. E. Davidson as a “dangerous secret mission.”

Mine Sweeper Flotilla 162 was in Turkish waters to “fly the flag” and as envoys. They were there to impress the Turks with their vessels, their seamanship and their minesweeping skills. They were there to convince the Turkish Government of our friendship and encourage them to join the Allies side in the war against Germany. With Turkey on our side, ships could deliver war supplies to Russia through the Black Sea and not via the undesirable Artic route. In all, the minesweepers stayed at Istanbul for six weeks.

Turkey declared war on Germany on the 25 February 1945 opening up the route to Russia for our convoys.

Following this, Mine Sweeper Flotilla 162 set out for the Kinaros Straight, the main shipping lane and gateway from the south to the north Aegean, between Kinaror and the tiny island of Megalo Livadi.

What was expected to be a straightforward minesweeping job turned out to be very difficult indeed.

No sooner had the sweep begun when BYMS 2240 reported the sweeping gear had “lost its spread” and “she was almost certainly towing a mine which appeared to be jammed in the end cutter.

With the help of BYMS 2033, 2240 tried to shake off the mine to avoid losing its gear. But this was impossible. 2240 dragged the mine out of the sweep area and the mine was exploded with rifle fire from the 2033. It was found that instead of wire cables, the mines were anchored with chains making them much harder to sweep.

BYMS 2240, together with 2033 and a HDML had the honour of leading Force “A” through the cleared channel.

For this job, MSF 162 received the following message,

“Credit is due to the senior officers, 162nd MSF flotilla for his handling of the operation and to the ships concerned for their perseverance and determination in sweeping these mines.”

For a period of time, for an unknow reason, there are no officers listed for BYMS 2240 on the Navy List. When they are listed again, Midshipman G. C. Davies is listed. A few months later, he has been promoted to Act. Sub-Lieut .,  G. C. Davies

OFFICERS ON THE NAVY LIST October 1944
No officers listed.

OFFICERS ON THE NAVY LIST January 1945.
No officers listed. 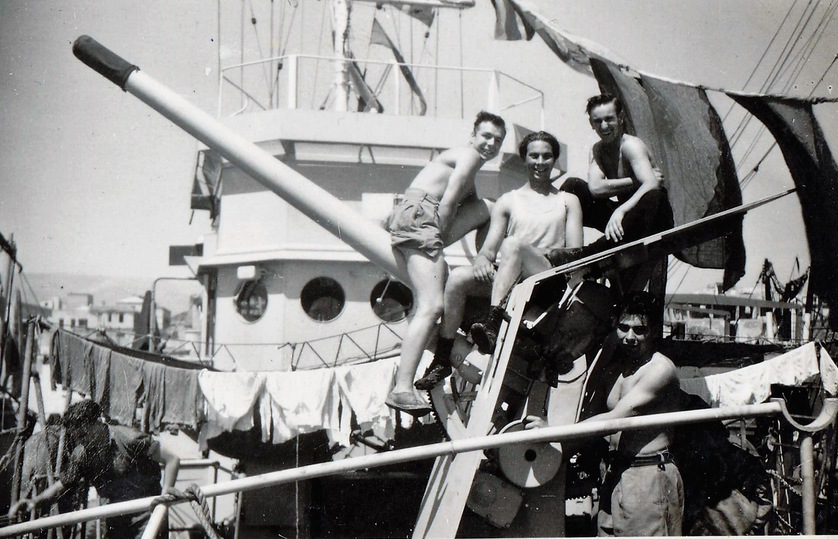 George Brown on the left. 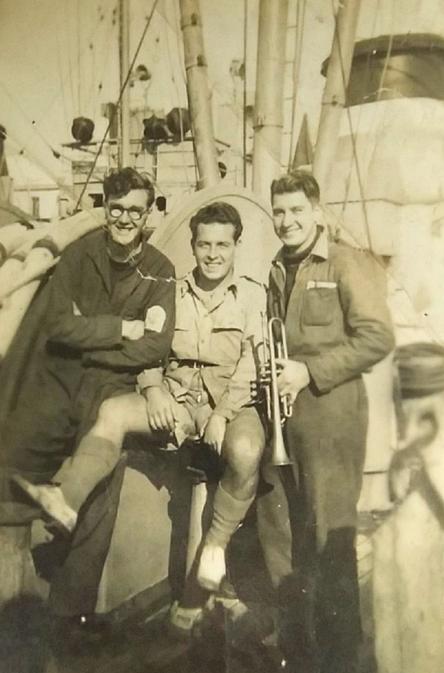 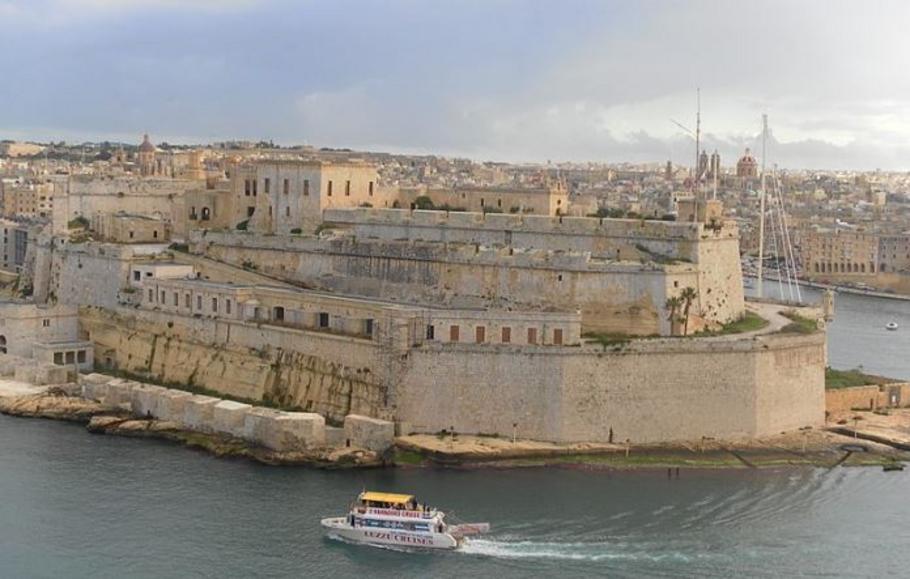 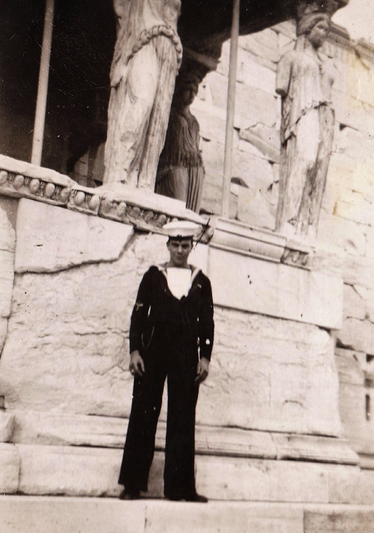 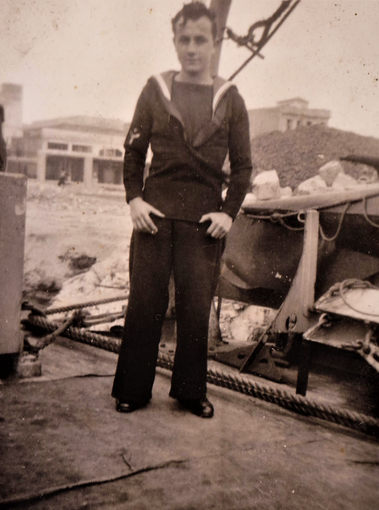 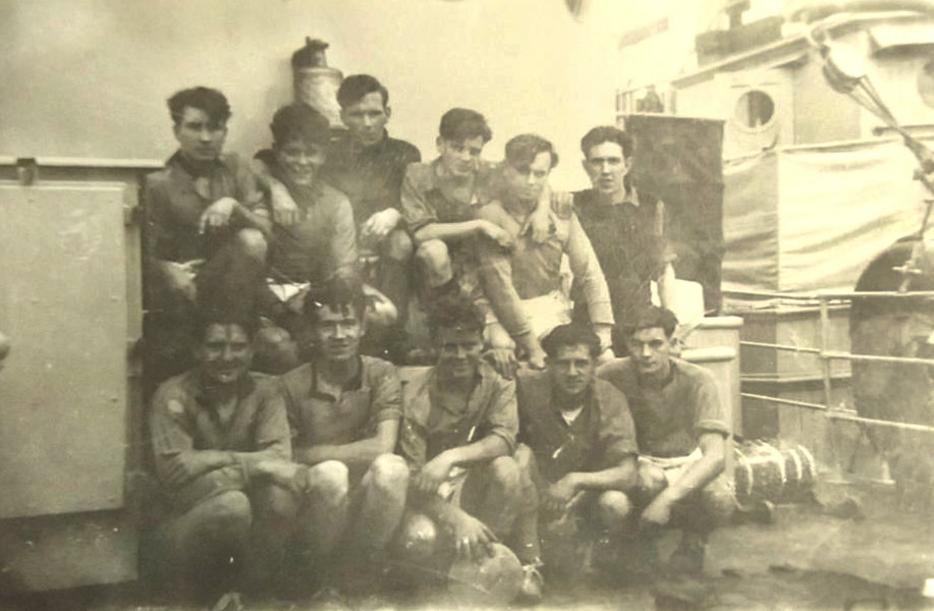 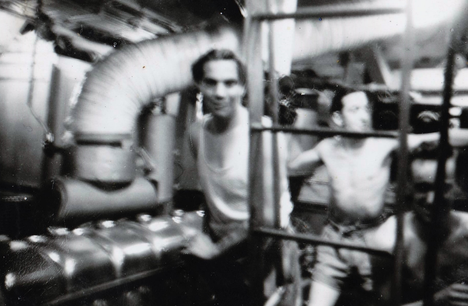 Photographs and information by kind permission of Terry Brown.

George Brown was A Geordie. Born in Newcastle, he came south for work and lived in Horsham, Sussex, before and after War. He was football mad, like many men, and was captain of his ship’s football team.

He trained for minesweepers at HMS Europa, usually known as Sparrow's Nest, the the Central Depot of the Royal Naval Patrol Service, located at Lowestoft.

One of George Brown’s first tasks, was to sail to America, to commission his new vessel, British Yard Minesweeper BYMS 2240.

During this time he stayed at HMS Asbury, the Royal Naval shore establishment in New York, USA.

From there he and the new crew of BYMS 2240 had the daunting task of sailing their vessel back across the Atlantic Ocean.

In December 1945, George was transferred to MMS 1033, and even though the war had finished he continued to risk his life daily, clearing mines right up to April 1936 when he was discharged from the navy.