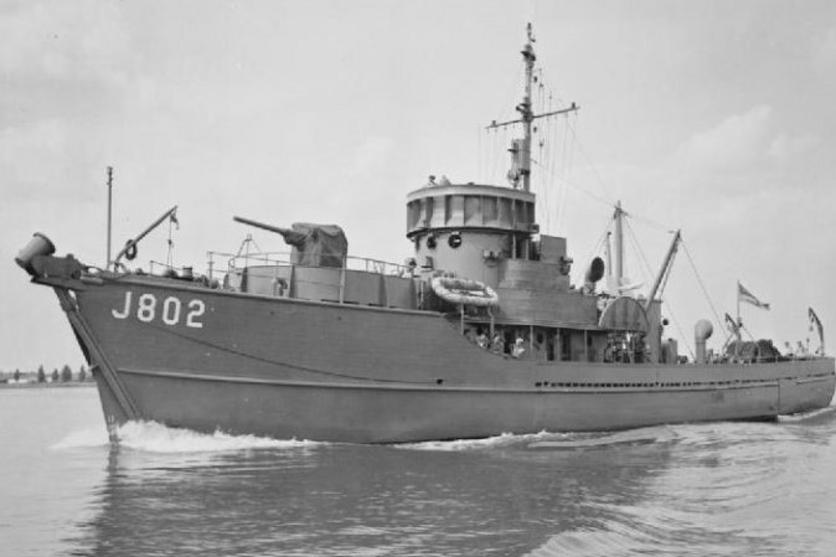 Crews for the BYMS’s would sail to the United States, often on the Queen Mary, which could sail unescorted because of her greater speed, to collect their vessel. They would then have the formidable task of sailing their small vessel

back across the Atlantic Ocean, often in winter.

Assigned to the Nore Command, Flotilla Flotilla 170 in 1944.