November 1939. The Capricornus was requisitioned by the Admiralty and converted to a minesweeper.

7 Dec 40, The Capricornus detonated a mine and sunk North East of Sheerness, three and a half
miles north of Sheppey just outside the Medway Gate in the Thames barrage  with the loss of one of her crew.

To find out more of the Capricornus’s movements go to DRIFTERS AND TRAWLERS.

Temp. Skipper R.N.R. Benjamin James Savage was the skipper of the Capricornus from 18 October 1940 to her sinking on the 7 December 1940.

No Officers or the Capricornus are listed on the Navy Lists.

An acoustic hammer (SA, Sweep Acoustic) on the bow of a Motor Mine Sweeper. (In the up position) The Capricornus  was the first minesweeper to blow up an acoustic mine using this device.

The Capricornus was the first vessel to blow up an acoustic mine using the new anti-acoustic mine device. This apparatus resembled a “Kango hammer” which emitted its loud thumping noise at the same frequency as the average marine engine. These Kango hammers were officially called SA (Sweep Acoustic) equipment and were fitted to the bow of the minesweeper where it could be lowered into the sea.

The mines dropped into the Thames Estuary on the 21 November by the Luftwaffe were taking a heavy toll in the Sheerness Sub-Command of the Nore Command. HMT Amethyst and HMT Kennymore (4 of her crew lost) were sunk on the 25 November 1940. The Trinity House tender Argus sunk on the 12 November with the loss of 32 of her crew with only one surviving. And the Cargo ships Ryal, (8 of her 9 crew lost), being sunk on the 23 Nov and the Alice Marie was sunk on the 24 November1940.

During this time the Capricornus was working hard clearing mines. Her luck run out on the 7 Dec 1940 when she too detonated a mine and sunk.

Magnetic and Acoustic Mines were known as “Ground” mines. They did not float close to the surface like the traditional tethered mines, they lay on the sea bed where the magnetic field (magnetic mine) or the sound of a ships engines (acoustic mine) set them off. Often they had delaying mechanism and could activate days after being dropped from aircraft or were set to activate after a certain number of ships had passed over them. 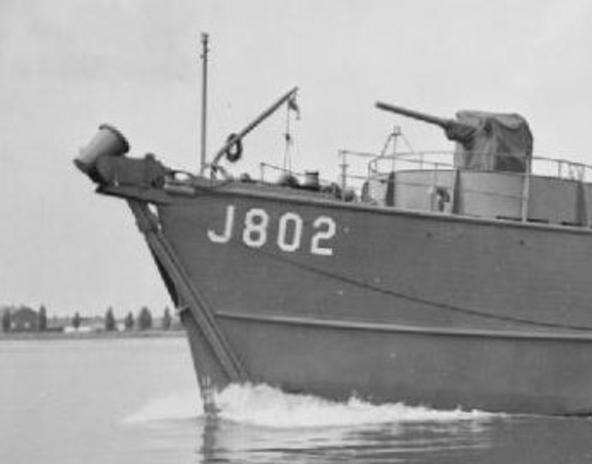