16-22 May 1941: Escorted minelayers HMS Teviot, HMS Coastal and HMS Plover and Paddle Minesweepers to lay two sections of the East Coast Mine Barrier.

26 July 1941.Together with HMS Quorn and HMS Mendip bombarded enemy emplacements at Dieppe.

When the order came to attack the German Battle Fleet the Cattistock like many other Destroyers, Motor Torpedo boats and Bombers were given insufficient notice. By the time the Cattistock raised steam she was too far behind to catch the German armada.

12 April 1942.In action against E-Boats attacking convoy in E-boat Alley.

HMS Cattistock gave gunfire support during the assault by British forces on Gold Beach where Allied casualties at Gold Beach are estimated to be about one thousand.

7th June 1944, D-Day + 1 deployed to support landings and to escort the build up convoys.

31st July 1944. Maintenance at Portsmouth for boiler super-heater re -tubing.

29th Aug 1944. While on patrol with HMS Retalick intercepted enemy shipping carrying out evacuation of Le Havre. Sustained considerable damage including a hit to the Bridge which killed the captain.At least Twenty-six direct hits by direct action fused shells, from 88 mm down to small arms fire.

September and October 1944.  Under repair at Chatham Dockyard.

2 Feb 1945. In action against midget submarine off Zeebrugge. The Biber type Midget U-boat, which carried two torpedoes, was probably destroyed.

June 1945. Deployed in Nore Command for support of re-occupation operations.

11 March 1941. In action against aircraft attacking convoy and slightly damaged by near misses. 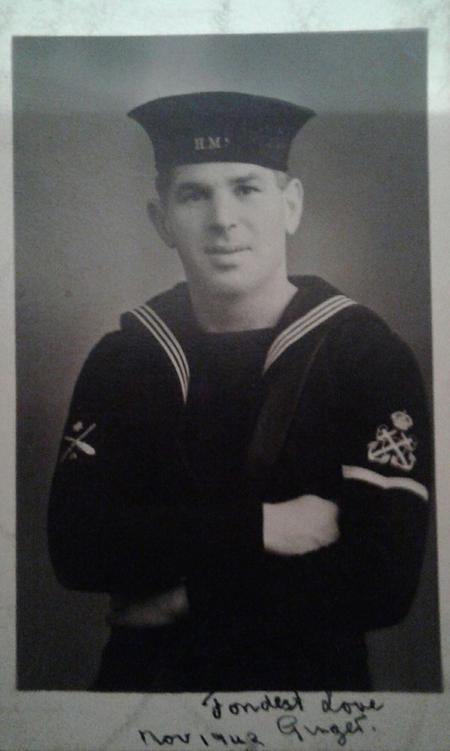 P.O. William. (Ginge) Stubbs came from Tenby and joined as a boy, following his elder brother George into the Navy. Both became petty officers.

George was always under the impression that William (Ginge) had been a victim of friendly fire. This was probably due to a blue on blue a few days earlier. (Salamander & Hussar had been attacked by the RAF)

George died in 1975 never knowing the truth. Both brothers have memorials in the Seamans chapel in Tenby. William is remembered on Tenby war memorial and is buried in Tenby.

While in action against an enemy convoy HMS  Cattistock  was attacked by shore batteries off the French coast. Hull plating and superstructure over the starboard side were perforated by direct hits and splinters. The largest concentration of hits occurred from abreast the forward of the 4-inch gun to the bridge. All damage was above the waterline.

The forward 4 inch gun was damaged and there were many casualties amongst gun's crew.

The fighting efficiency was seriously impaired. The forward 4 inch gun was out of action. All other guns were in local control. Type 271 and 291 radar, the director, transmitting station and gyro compass were out of action.

HMS  Cattistock was out of action for two months, including refit. 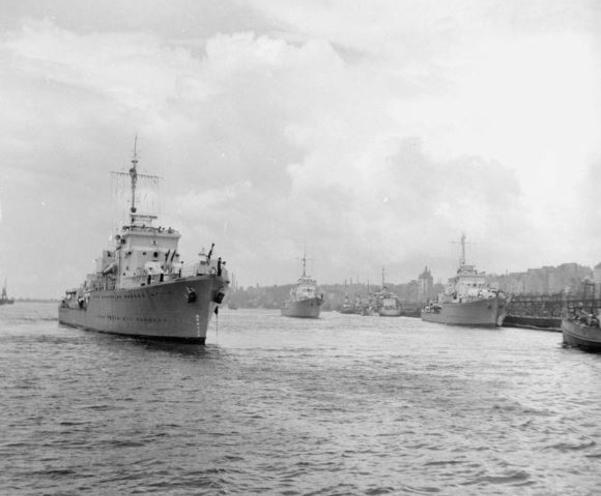 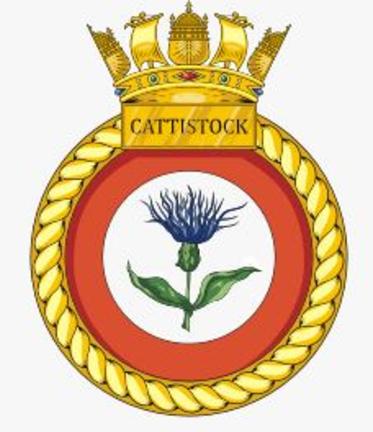 Cattistock, on the left, in Hamburg.

Ginge (William) Stubbs who was killed in action on HMS Cattistock. Photograph and information by kind permission of Jon Stubbs . 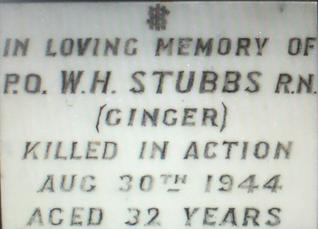 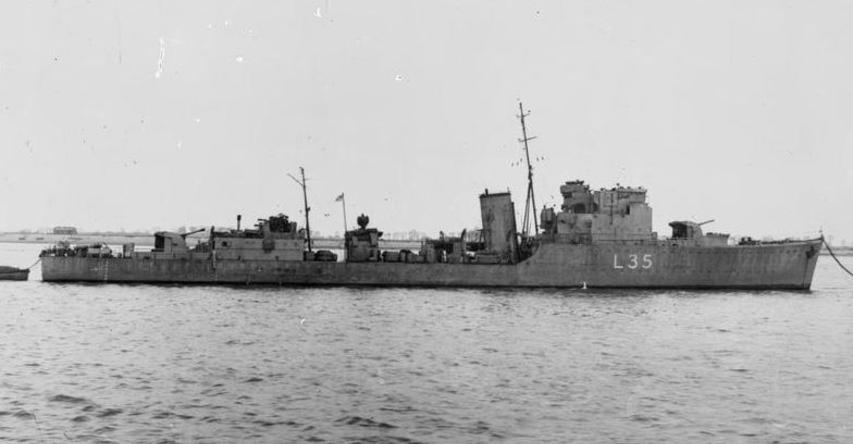 HMS Cattistock is a World War Two Type 1 HUNT Class Escort Destroyer laid down on 9th June 1939 and launched 22 February 1940. She was adopted by Wareham in Dorset and served in Home waters and at the Normandy Landings.

Named after the Cattistock Hunt, located at  Cattistock village in west Dorset, 8 miles (13 km) northwest of Dorchester. The hunt started at the end of the 18th century by the Rev. W. Philips. The Cattistock Hunt still survives today. Kennel and Stables are owned by Lord Digby and rented to the Hunt along with about 40 acres. 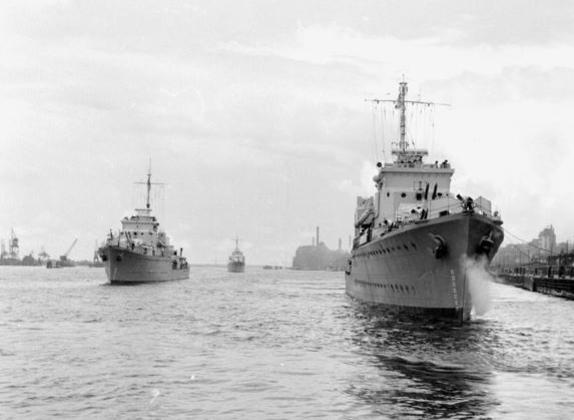 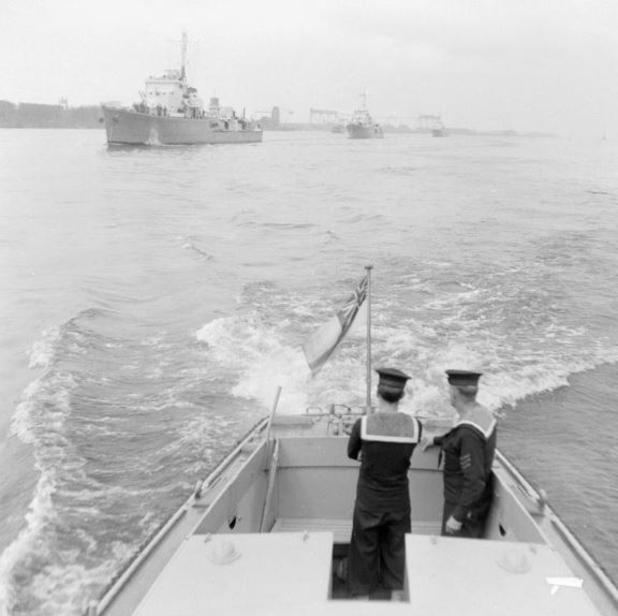 Badge: On a Field Red, upon a white roundel , a Blue cornflower stalked and leaved Proper.

Additionally, Hunt Class Destroyers engaged on East Coast convoy work, the Type ones and the Type twos were fitted with a single QF 2-pounder "bow chaser" gun for anti-E-boat work.

August 1940: Having completed of trials HMS Cattistock was deployed for patrol and escort duty with the  21st Destroyer flotilla based at Sheerness.

12 Oct. 1940: Detached to escort HMS Erebus 15in gun Monitor during bombardment of invasion barges at Dunkirk. Resumed convoy defence with Flotilla on completion.

10 Nov 1940:  Suffered damage by bomb splinters from a near miss by a bomb dropped by enemy aircraft while attacking convoy.