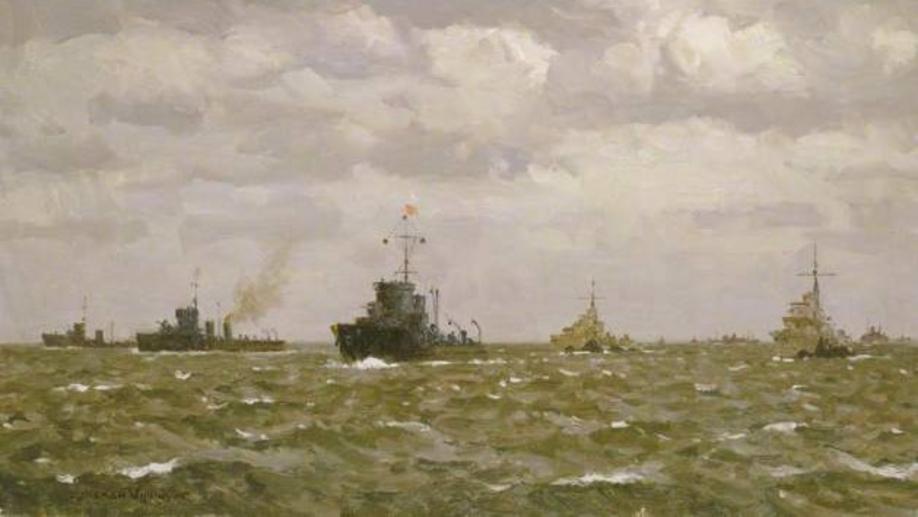 In the darkness of the night of the 5/6 June 1944, Queenborough minesweepers swept ahead of the Allied Invasion Fleet. They swept the individual war ships into their firing positions. They continued to sweep right up to the Normandy landing beaches until the sea became too shallow. They went closer to the shore than any other vessel other than the landing craft. As day broke they continued to sweep under enemy fire. With enemy shells falling between them and their sweeping gear, they used every opportunity to give covering fire to the landing troops. 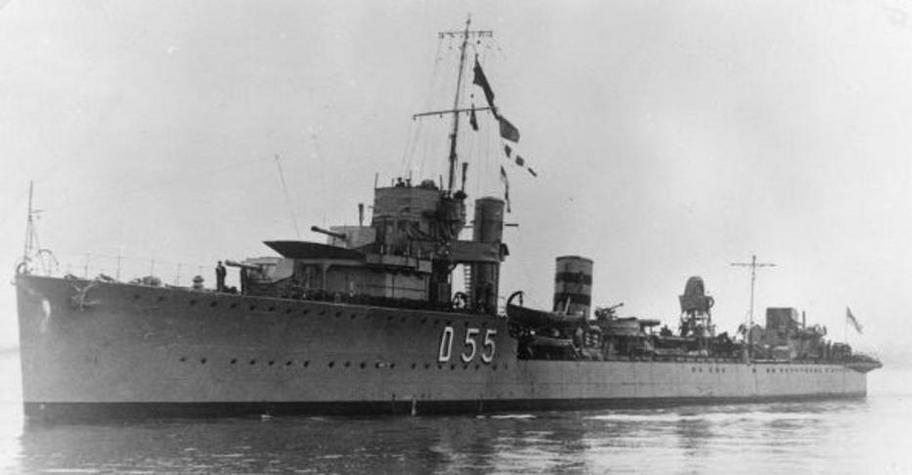 They came. Convoy after convey crossed the Atlantic. They run the gauntlet of U-boats. Liberty ships they were called, bringing back freedom to the peoples of Europe. Now, instead of carrying food or raw materials, they had in their holds, guns, tanks, shells and bombs destined for the Invasion beaches. Arriving at the shores of Great Britain their ordeal was not yet over. They steamed down the narrow, wreck strewn, sea lanes of the East Coast with the ever present danger of attack from German E-boats or of detonating a mine.

Rank upon rank of them lined up at anchorage in the Thames estuary. ​​

In the darkness of the 6th June 1944 the huge Allied invasion fleet arrived at the D-Day beaches.

The Sheerness Destroyers HMS Cattistock, Pytchley and Cottesmore were at Gold Beach.

HMS Campbell, Garth, Meynell and Vivacious were positioned at Juno and Sword beaches.

HMS Mendip and Vespa were at Omaha Beach.

At Omaha Beach, bombing by the United States Air Force and the bombardment proved to be ineffective, with enemy gun emplacements and machined gun pillboxes remaining operational. The tanks to support the Infantry had not arrived.  In the rough seas 27 of the first 29 DD amphibious tanks had sunk.

The soldiers of the American 1st and 29th Divisions were trapped at the water’s edge being raked by machine gun, small arms fire and mortars and were in desperate need of help.

Without orders being given, the Destroyers moved off station, going nearer to the beach, firing on the German fortifications at point-blank range to give close covering support to the assault troops.

Some of the Destroyers approached to within 1,000 yards of the beach, scraping their keels on the seabed, risking running aground.

The actions by the British Destroyers in moving nearer to the beaches to give covering support to the assault troops saved many lives. 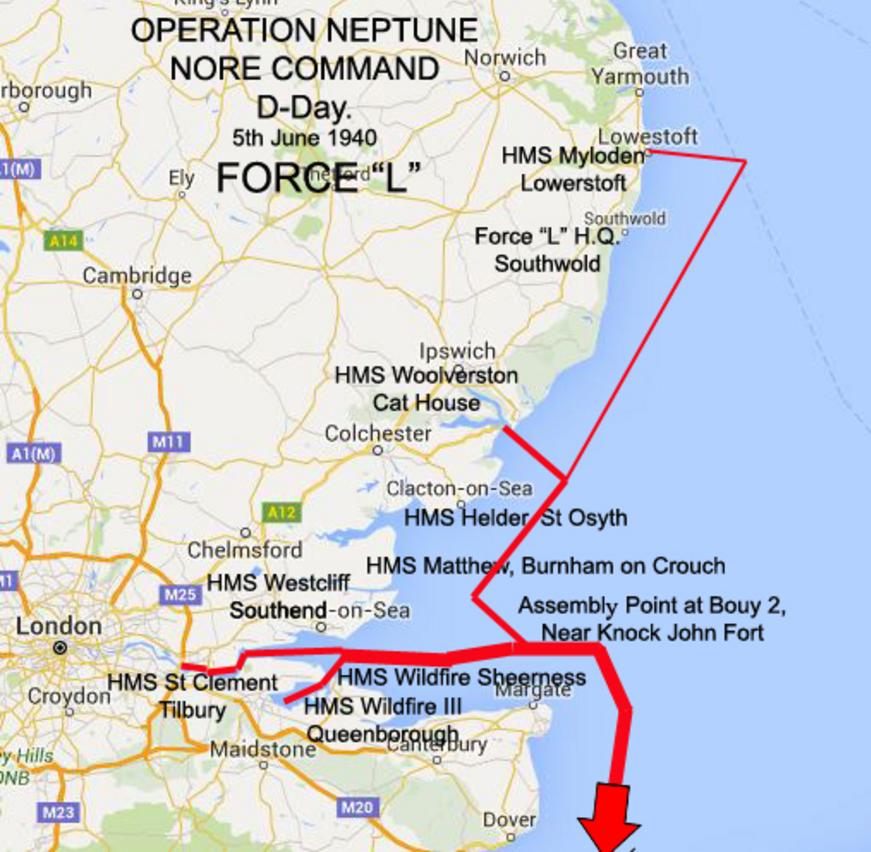 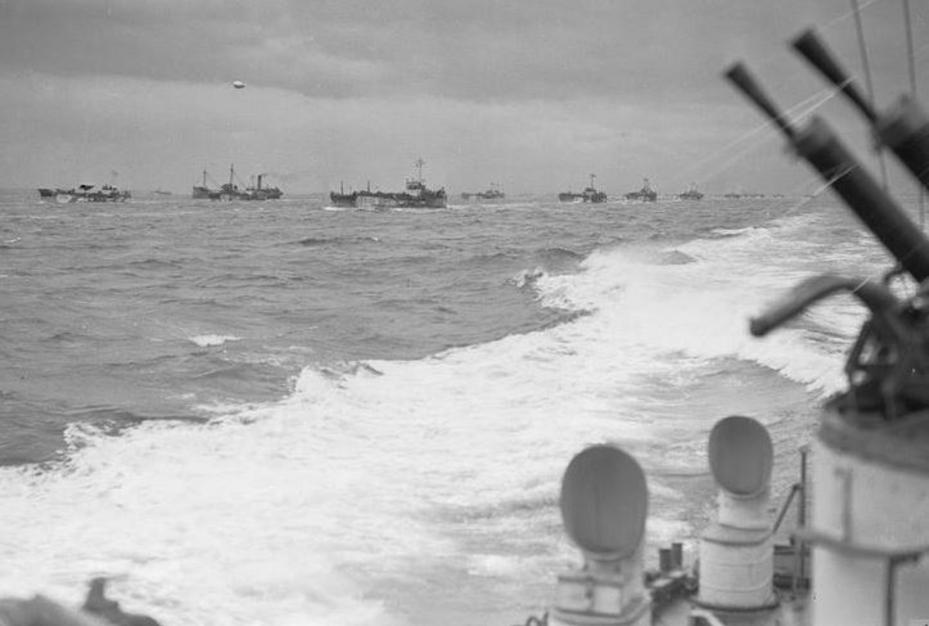 As the vanguard of the Normandy Invasion Fleet, preceded by the Wildfire III minesweepers, approaching the D-Day beaches, Force “L” the immediate follow up taskforce rendezvoused in the Thames Estuary.

Sailing Group 1 and 2 from Harwich consisted of sixty-five landing craft and ships. Sailing Group 3, 4 and 5 from the Thames Estuary comprised of sixty-five Landing Craft, sixty-six Merchant Navy ships loaded with vehicles, and three cable ships. With these went a fleet of escort vessels including Sheerness destroyers Meynell and Vivacious, plus twenty Queenborough Motor Minesweepers. Other escort vessels from Sheerness included the Frigates Chelmer and Halstead and the Corvettes Camelia, Charlock, Narcissis, Gardenia and Oxlip.

While aircraft thundered overhead, 280 vessels with the ever present threat of attack from E-boats and U-boats, navigated the narrow passage through the German mine barrage to discharge troops and tanks on the Normandy beachhead.

Thanks to the Sheerness Destroyers and Queenborough Minesweepers a massive amount of vital war supplies had been delivered and stockpiled in London and the South  of England. (Under the control of TURCO, Turn Round Combined Operations). A large amount of these war supplies would leave for Normandy from the Thames Estuary. Five-thousand ships were to leave to supply the Allied army in Normandy including 170 LBV’s (Landing Barge Vehicle) and the huge floating segments of the Mulberry Harbour.

Within a few months the Wildfire III Mine Sweepers were to play an even greater roll in a battle which claimed more lives than the D-Day landings and would shorten the war. The vital part the Queenborough Minesweepers played in the Battle of the Scheldt helped to shorten the war.

Convoy ETC 1, thirty-one mainly British Ships, departed  the Thames Estuary on the 5th June 1944 (The day before D-Day). Arrived in the Seine Bay off the Normandy landing beaches on 6th June 1944, D-Day.

Convoy ETC.2Y,  18 British ships, included 4 Chants (Channel Tankers) and a Water Tanker.  Also departed the Thames Estuary on the 5th June 1944 (The day before D-Day). Arrived in the Seine Bay off the Normandy landing beaches on 6th June 1944, D-Day. Chant number 69 capsized off Normandy on the 16th June.

In the days and months that followed a continuous flow of convoys left  the Thames Estuary to the over crowed anchorage off the D-Day beaches and the newly created Mulberry Harbour. 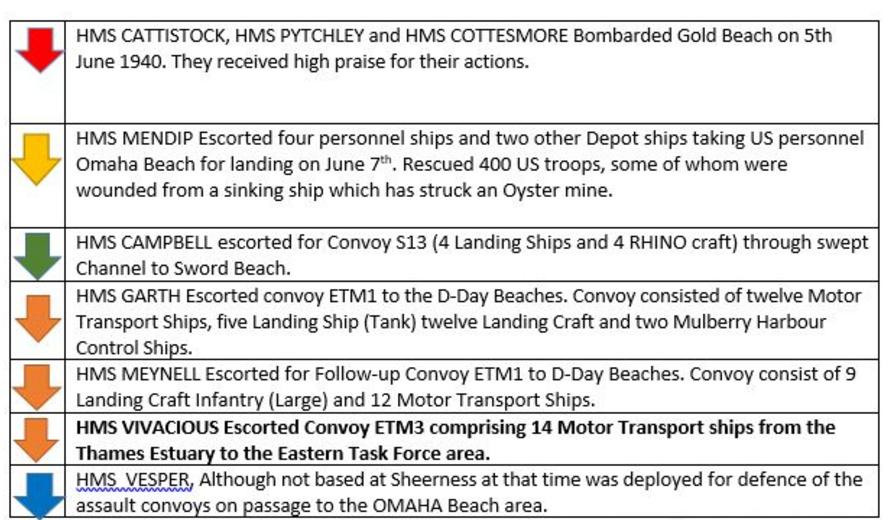 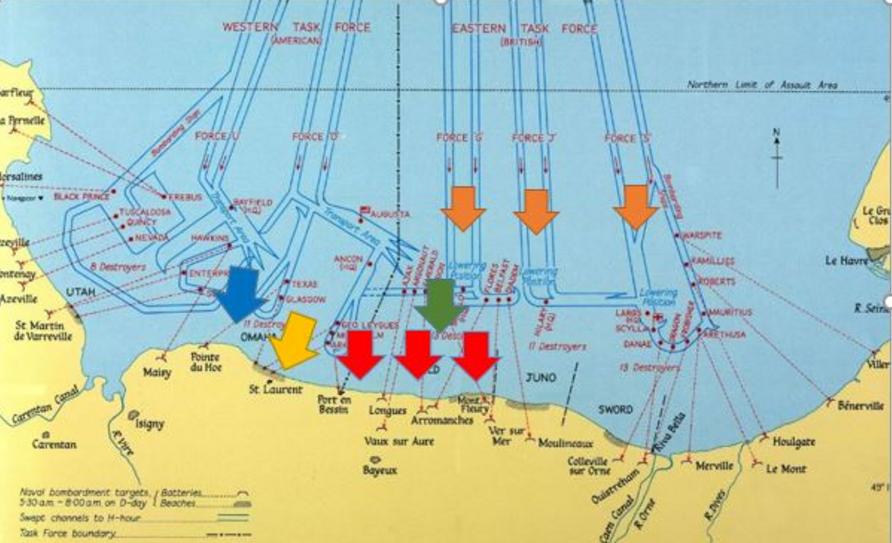 Force “L”,  “Operation Neptune” (the Naval part of the D-Day Invasion) departed from the Thames Estuary, Harwich and Lowestoft area.

The Nore Command which included Sheerness and Queenborough had the task of safely transporting the 7th Armoured Division (the Desert Rats), part of the 51st Highlands Division and the Headquarters of the 1st and 30th Corps to the D-day landing beaches immediately following the first assault.

Many of the Destroyers from Sheerness and Harwich would take part in the bombardment of the D-day beaches on day one (D-Day) and remain there under the command of ANCXF (Allied Navel Command Expeditionary Forces) for a further three months.

The Minesweeper, BYMS (British Yard Minesweepers) the MMS's (Motor Mine Sweepers) and the Fleet minesweepers   proceeded the invasion fleet. All the Wildfire, Sheerness, Destroyers were also at the fore on D-day.

The Thames Estuary was too far away from the D-Day landing beaches as a departure point for the first wave of invasion vessels.  In the days previous to D-day, ships of the invasion fleet had moved around the coast to anchorages around the Isle of Wight.

On day two, (D-Day +1) with the element of surprise gone, it was the job of the Queenborough minesweeper and the Sheerness Royal Navy ships, such as Destroyers and barrage balloons vessels, to escort the giant convoy's of ships to the invasion beaches. It was expected, that once alerted, the German response would be that of a swarm of angry bees.