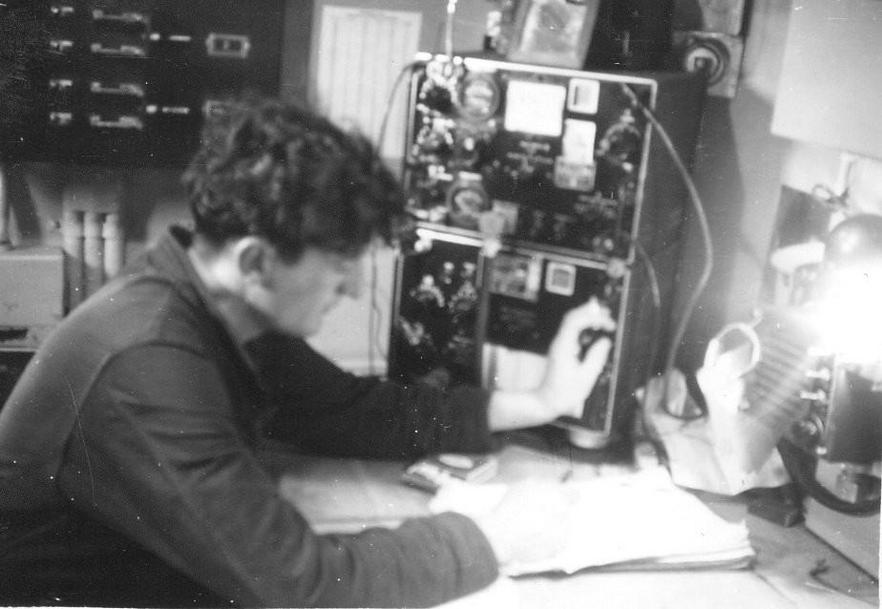 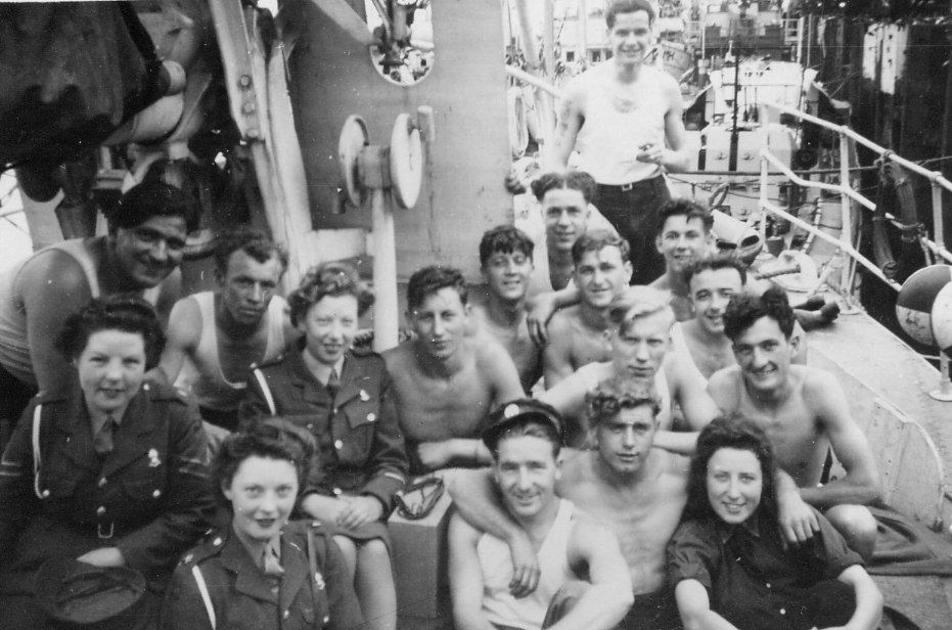 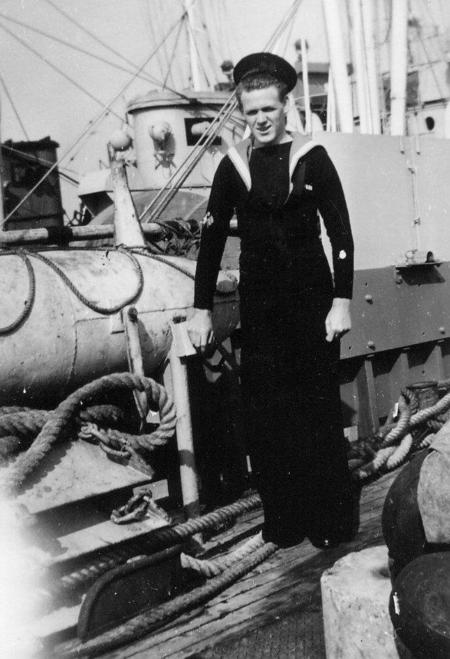 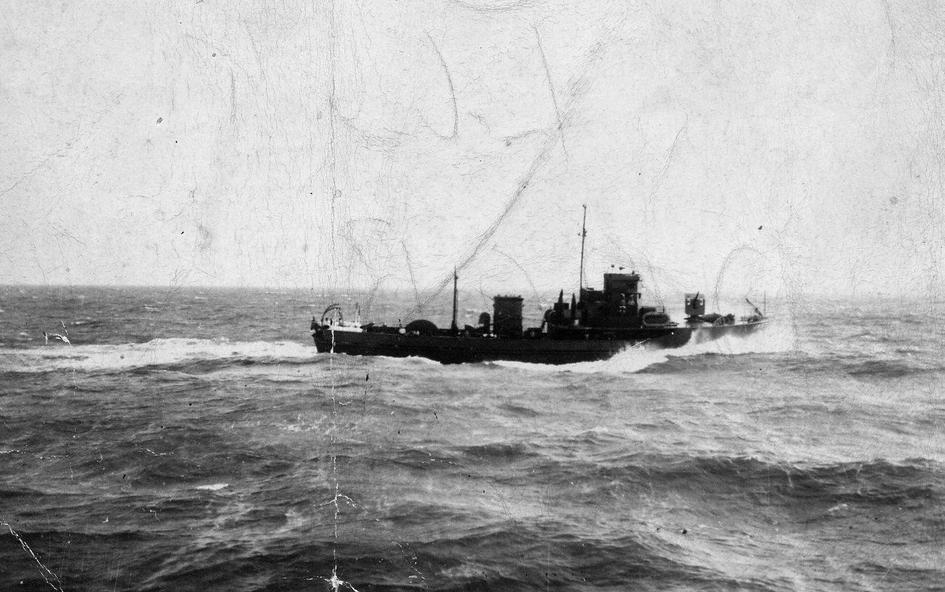 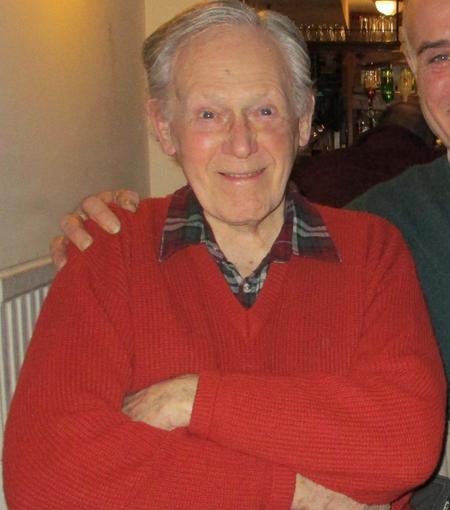 Calling the signal tower at Ostend.

Putting out the Hammer Sweep.

VE DAY 1945.
Party on board. We were returning to Ostend later that day for a long stay to clear remaining mines.
Note. The ship at right hand top corner had just arrived at Parkeston Quay Harwich.
It was a German E Boat and had Senior German admirals aboard. 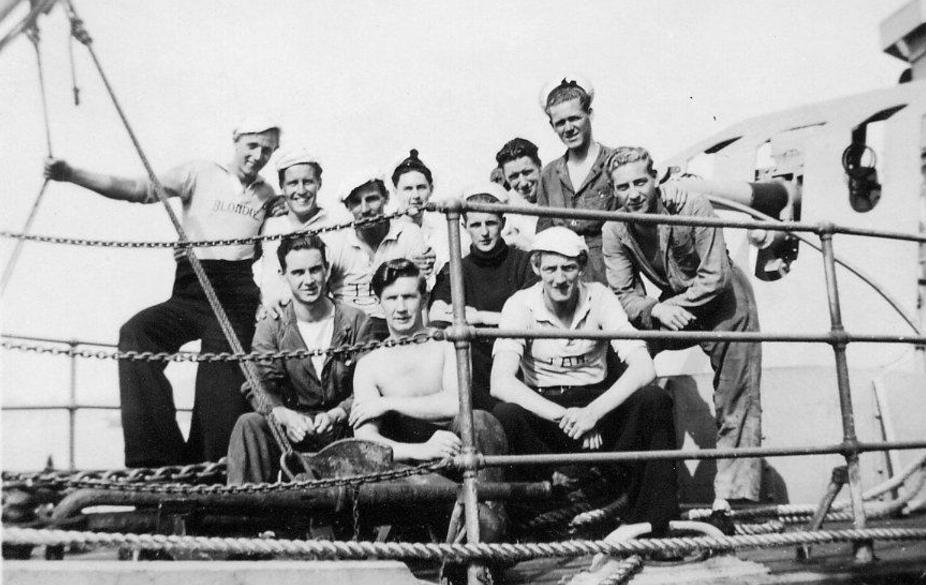 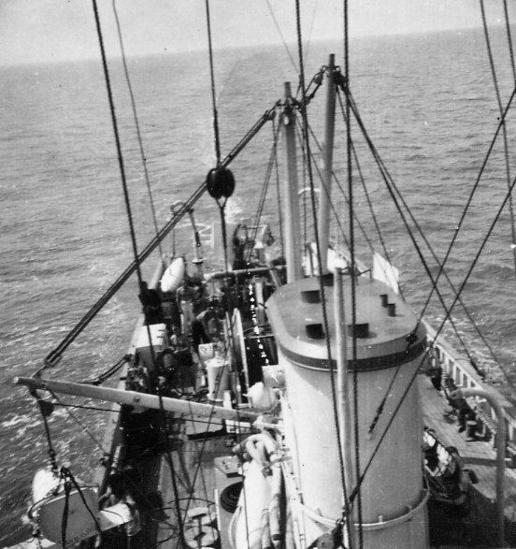 The sweeping deck. Hammer sweep for Acustic Mines on the right, drum with cables for Magnetic Mines, centre.

​The LL sweep was out at the time but the hammer sweep was in its cradle and not being used. The figure sitting on the left was Sub Lieut Tom Lewis MID, who was Jimmy the One and always in charge of the deck during a sweep. 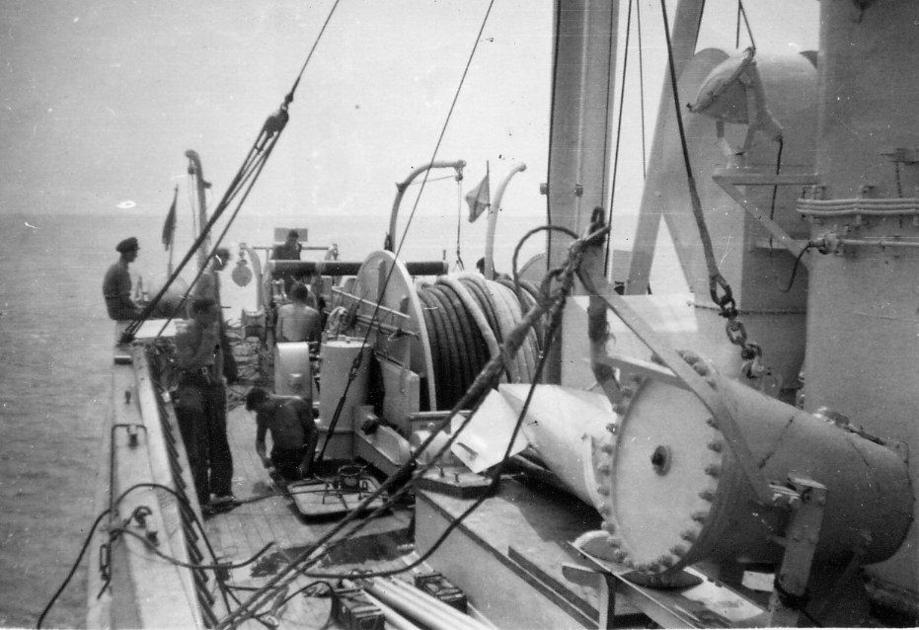 If you have any additional information about this ship, crew lists, stories, photographs, please contact us so they can be added to this website.

David Stanistreet (2021) who served on British Yard Mine Sweeper 2035. 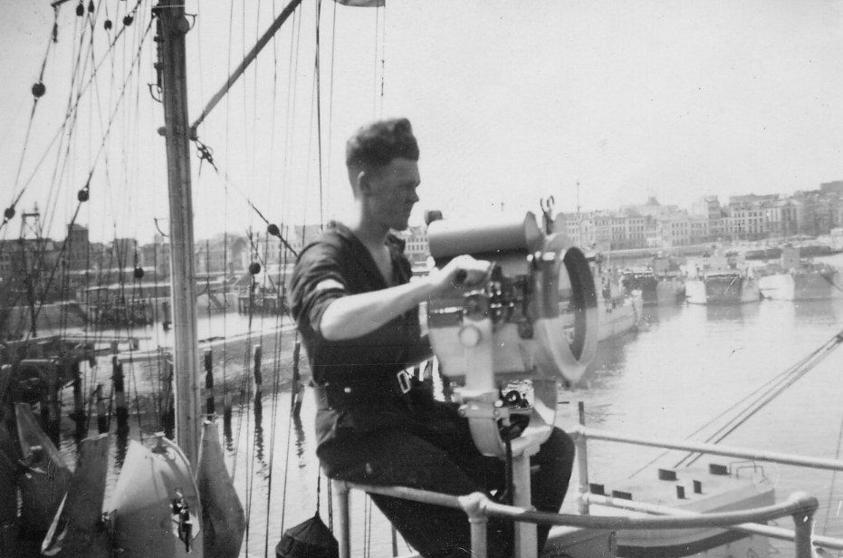