At the outbreak of World War Two the Delphinus was again requisitioned by the Admiralty to be used as a minesweeper and based at the Minesweeper Base Wildfire III, Queenborough.

Nov 39, Requisitioned and converted to a minesweeper.

To find out more of the Delphinus movements go to DRIFTERS AND TRAWLERS.

The KING has been graciously pleased to give orders for the following Appointments to the Distinguished Service Order and to approve the following Awards for gallantry or outstanding service in the face of the Enemy, or for zeal, patience and cheerfulness in dangerous waters, and for setting an example of wholehearted devotion to duty, without which the high tradition of the Royal Navy could not have been upheld :

​​During her service in World War One, Albert Septimus McDermott served on her as an Engineer. Born in Hull in 1885,  he sailed out of the Orkneys on the Steam Trawler St Romanus after the war.

Engineer Albert McDermott, is second from right on the front row with cigarette  in his hand while on the St Romanus. Thank you to Mike Eastwood for the information and photograph.

We do not have a picture of the Delphinus but she would have been similar to theses armed Trawlers sweeping the North Sea. 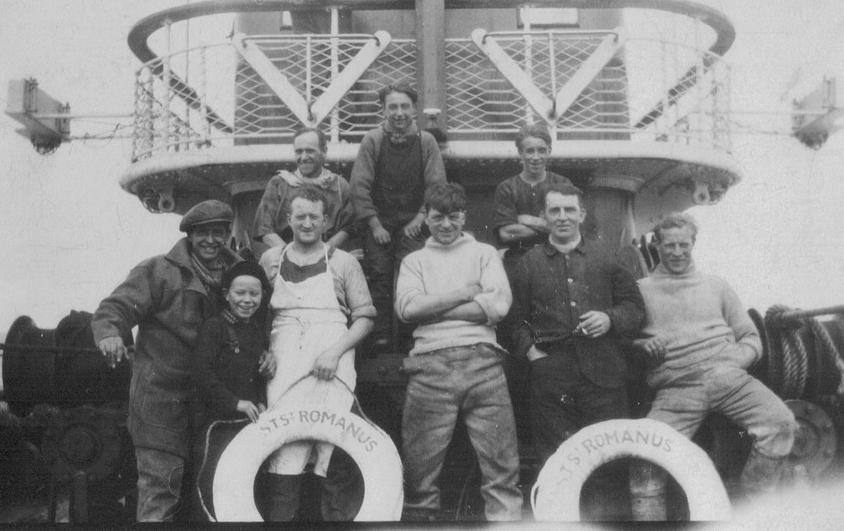 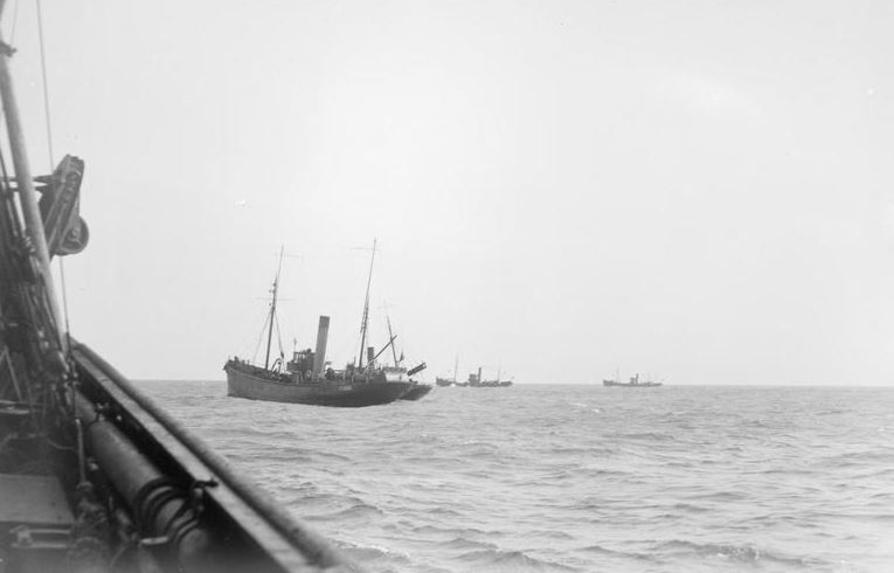