Any hope that mining offensives in the Thames Estuary and on the East Coast would soon slacken when Germany invaded Russia on the 22 June 1941 were quickly dashed when the Minesweeper HMT Devon County detonated a mine and sunk on the 1st July 1941, HMT Receptive and the barge Rosme on the 3rd July 1941, the HMT Lord St Vincent on the 7th July 1941 and the Destroyer Whiteshed severely damaged with the loss of 13 crew on the 30 July.

Just as the Germans were about to launched their attack on Russia the Luftwaffe heavily attacked the East Coast and Thames Estuary. In one week alone (21 to 28 June 1941) ten vessels were badly bombed of which eight sunk.

On the 1 July 1941 the Luftwaffe dropped a large number of acustic mines in the Thames Estuary. One mine landed on land at Leysdown and as Lieutenant Cliff defused it, it hissed and crackled giving him electric shocks. 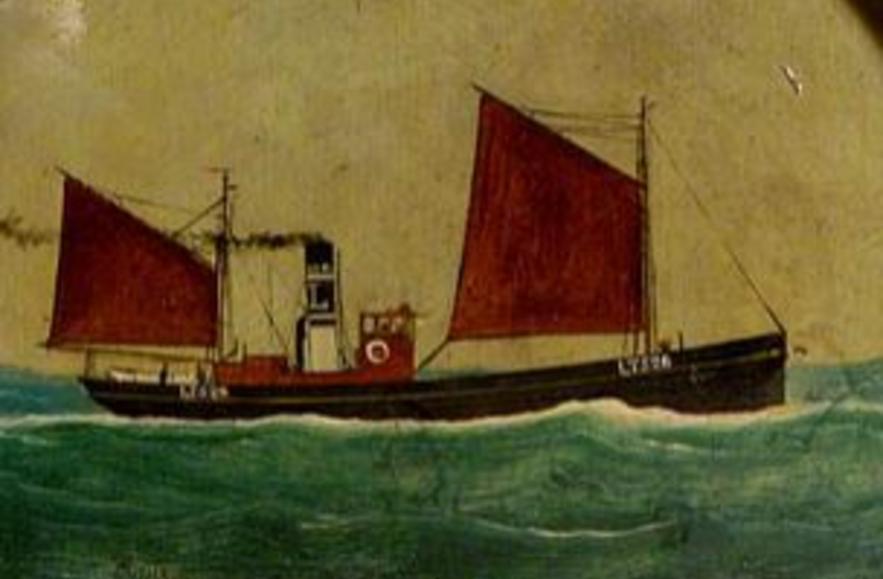 Type of Vessel: Ex fishing Drifter converted to Minesweeper.
Admiralty Number:  1066.
Fishing Number: Lowestoft-reg LT.526
Other Names: One source states Scadaun but no evidence of this.
Year Constructed: 1910
Gross Tons:  86 gross tons.
Armament: 1 X 6 pounder
Fate: Detonated a mine and sunk in the Thames Estuary with the loss of three of her crew.

Thank you to Mrs Chris Stow (née Denny) for the picture of the Devon County, of which she has the original painted by G. Race.

To find out more of the Devon County’s movements go to DRIFTERS AND TRAWLERS. 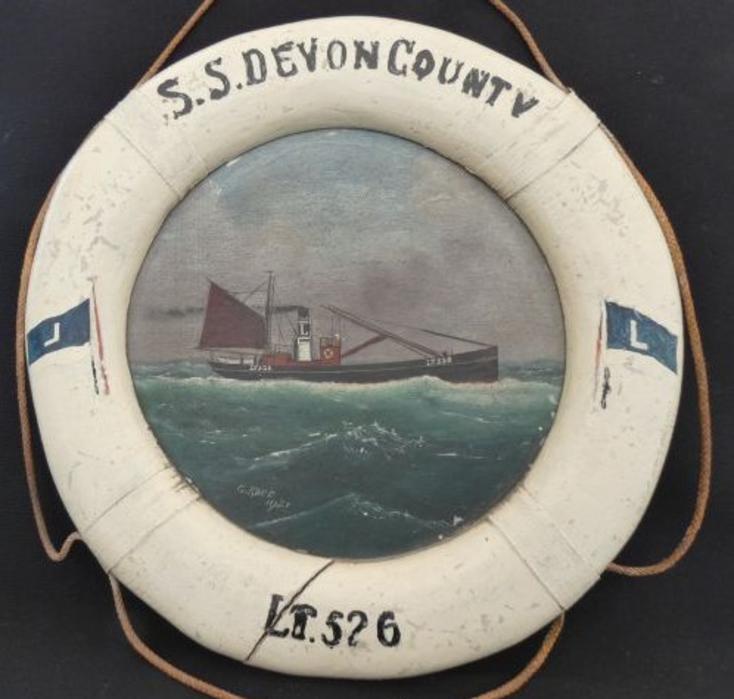 15 July 1939. The Devon County broke a crankshaft and was towed to Aberdeen by the Acceptable LT1291 from Stronsay off the Orkneys.

November 1939. The Drifter Devon County was requisitioned by the Admiralty, converted to a Minesweeper and based at Wildfire III, Queenborough.