Duncan Campbell and gunners mate on the Oerlikon gun. 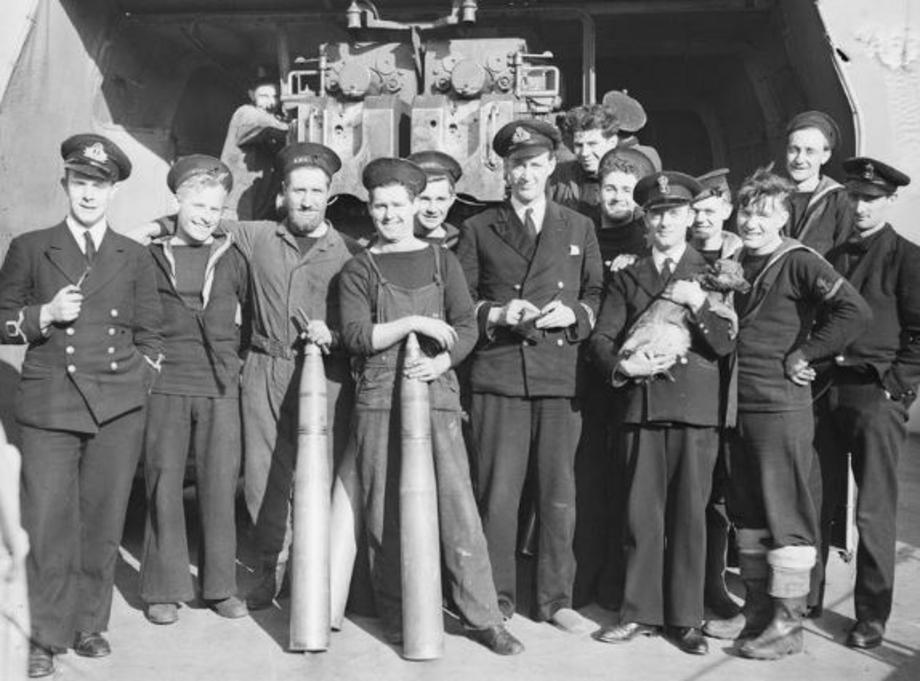 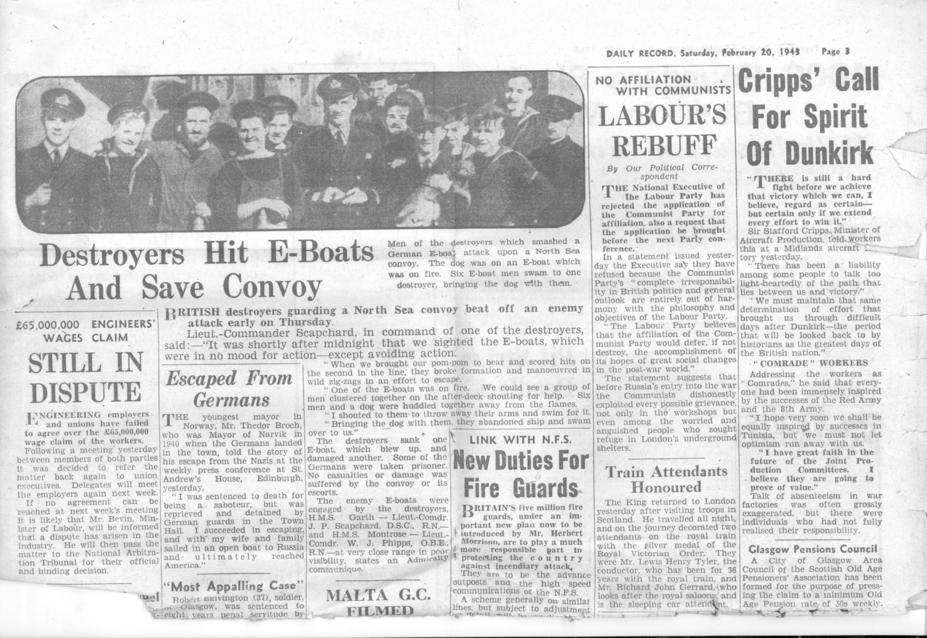 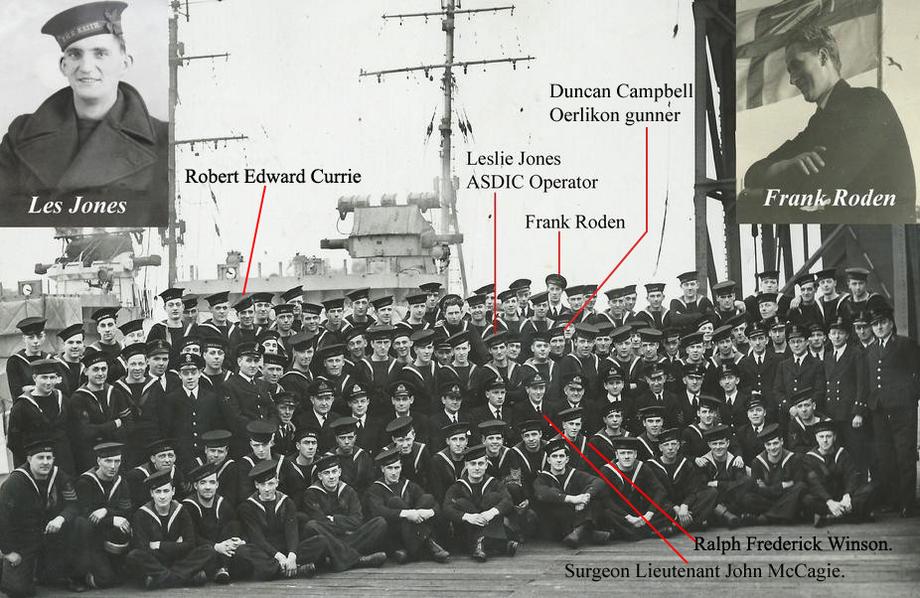 Transferring  orders or mail between ships.

Officers and crew of HMS Garth, Duncan Campbell as indicated 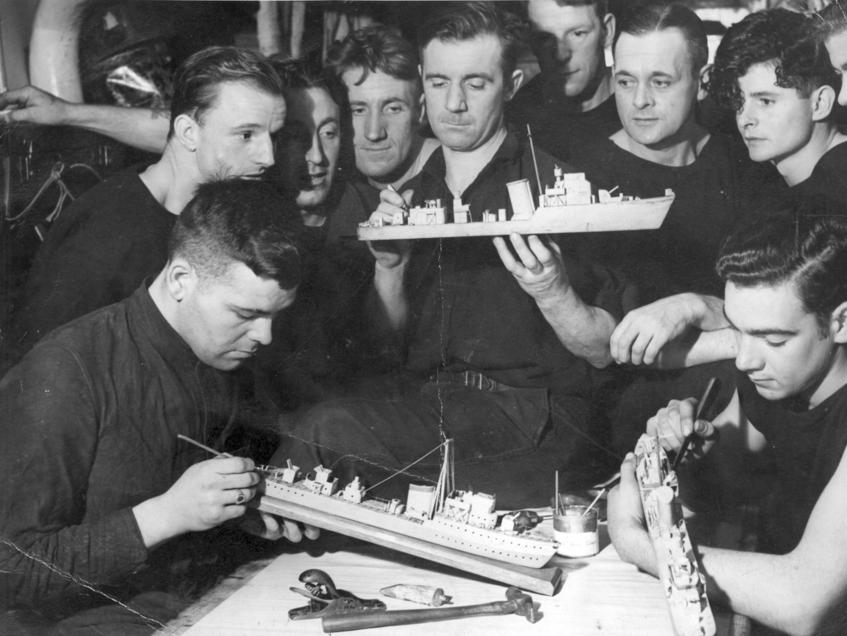 Oerlikon gunner Duncan Campbell, third from left with the beard  was responsible for the sinking of an E-boat/S-boot. 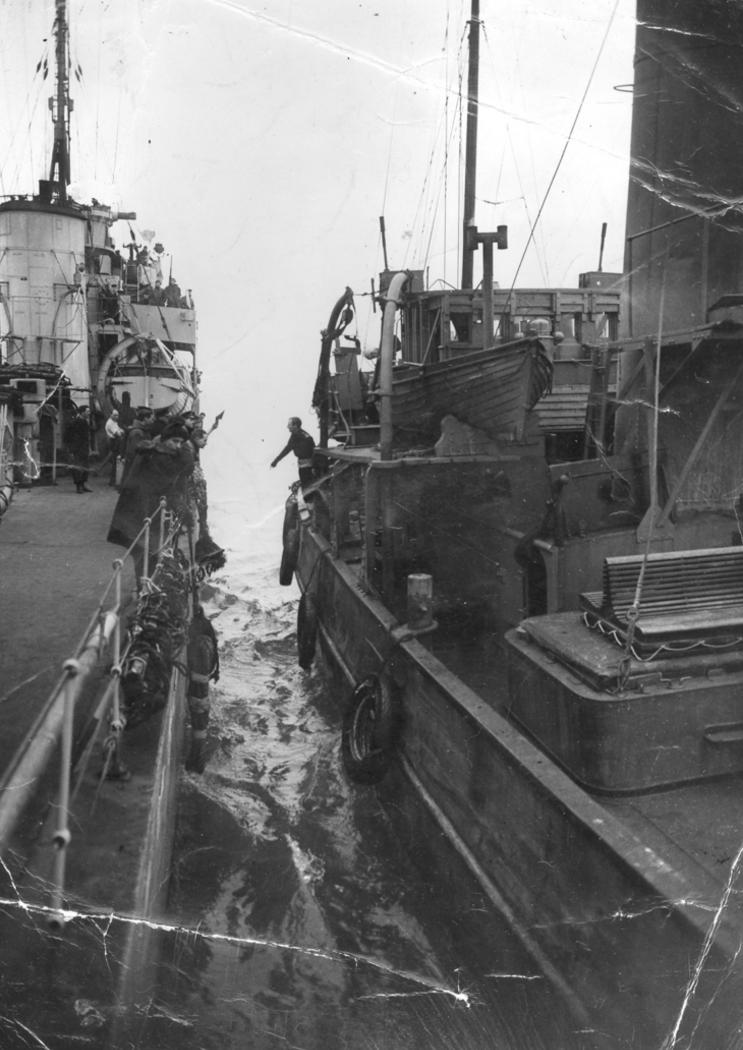 The crew of the Garth  unloading fish caught on one of the small tenders. You can see a fish, mid-throw, near the bottom of the picture. Duncan Campbell is in the middle-bottom of the crowd with the beard and cap, looking up at the camera.

The ship's cat 'Binkie' in its hammock. 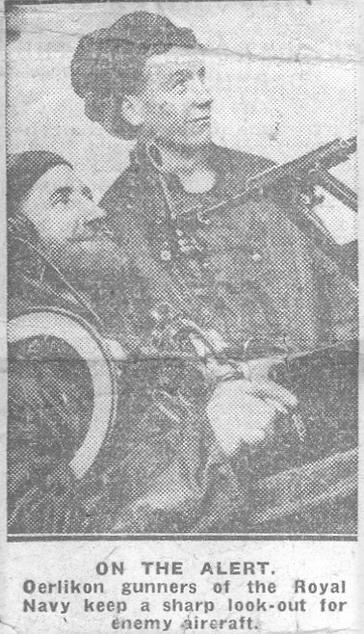 Thank you to Gordon Campbell, for the following photographs, whose Grandfather Duncan Campbell, served on HMS Garth. 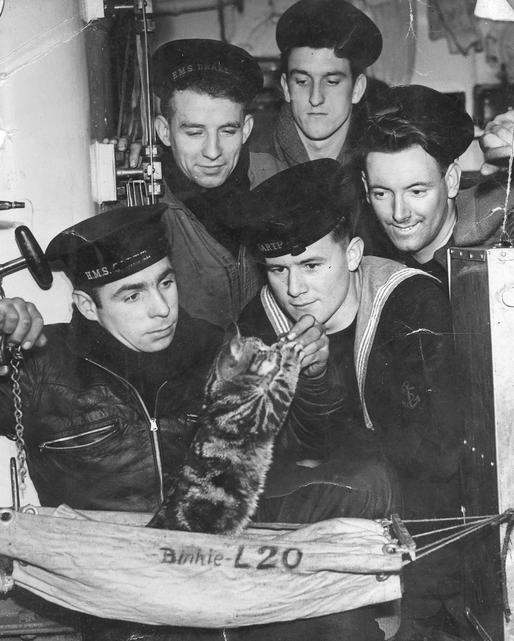 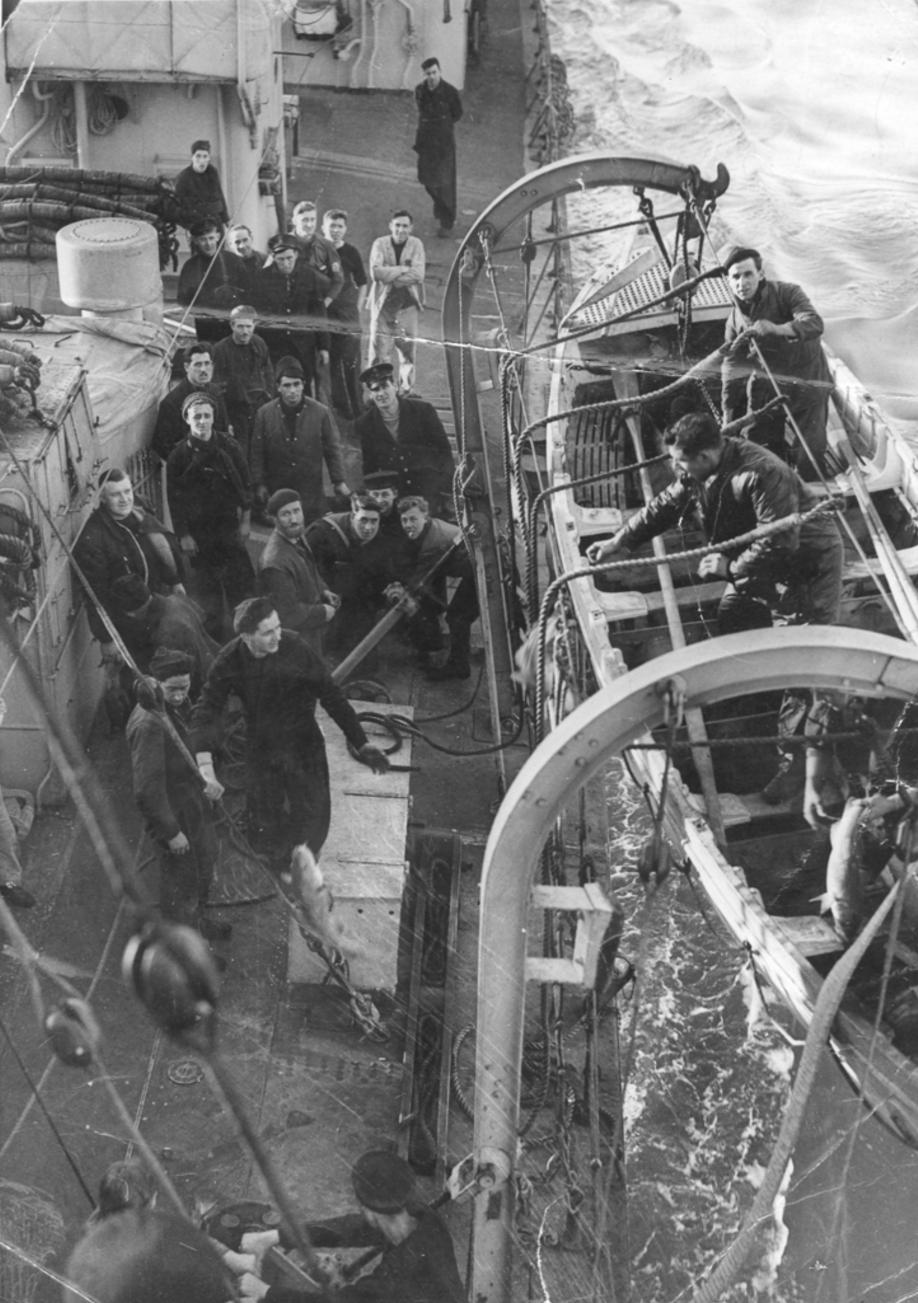 Duncan Campbell (without beard) standing to the right of the model maker in the middle's shoulder (the builder's right shoulder), he has his arm resting on the cases on the left of the photograph.