Route Z, at 39 nautical miles (72 km) was the shortage route, but this would quickly come under bombardment from German Guns and captured French Batteries and could not be used during the hours of daylight.

Route Y, at 87 nautical miles (161 km) was the longest route but ships were more likely to be attacked by German surface vessels, e-boats, submarines, and were exposed to the Luftwaffe for a much longer.

Route X, at 55 nautical miles (102 km) passed through sandbanks and a heavily mined part of the Channel. It was dangerous to negotiate at night and during the day it was difficult to manoeuvre in the restricted area when under attack by  enemy aircraft.

HMS Venetia, a Sheerness destroyer, took part in the evacuation of Boulogne as she entered the harbour every gun the Germans possessed opened up on her to try and sink her in the mouth of the harbour and by so doing trapping the other ships.

HMS Venetia’s B gun received a direct hit killing its entire crew and caused severe casualties amongst her bridge personnel. Twenty of her crew were killed and 11 wounded amongst these her captain Lt Cdr B. H. de C. Mellor. Venetia’s engines stopped and she ran aground. The only officer not wounded Sub-Lt D, H, Jones managed to back the Venetia out of the harbour. The shell causing the damage had come from an abandoned French Battery which had not been disabled by the French!

25th May 1940, The block ships held at sheerness sailed with their escort HMS Vega a Sheerness destroyer, (Captain G.A. Garnons-Williams). Three block ships were destined for Ostend and two for Zeebrugge. Ostend was cancelled on route in hope of taking off more troops. The block ships at Ostend under fire from the French (yes the French, our allies) failed to sink in mid channel.

HMS Vega again crossed to Ostend with two more block ships and this time they were successfully sunk in mid channel.

Although this was the official beginning of the historic Dunkirk Evacuation, almost 28,000 men had already been bought back to England by the Royal Navy.

With out enough destroyers, minesweepers and auxiliary vessels even before the start of the Dunkirk Evacuation the crews of the Royal Navy ships had been driven to complete exhaustion. Now their country and brothers in arms on the Dunkirk beaches, would ask even more of them.

An armada of “Little ships” arrived at Sheerness to take on fuel, supplies and Royal Navy crews.  It was at Sheerness when the first civilian boat crew volunteered to man their own craft on its passage to Dunkirk that the Legend of the Little Ships with their civilian crews was born. The number of small craft sent out from Sheerness was  astonishing and included more than 100 motor boats, 10 lighters (flat bottomed motor barges), 7 skoots, (Skûtsje Dutch barges)  6 paddle steamers, 1 oil tanker and all available naval vessels.

Five Destroyers from the Nore and two from Dover patrolled to the north of the Evacuation Routes to protect the evacuation fleet from attack by German e-boats and submarines. 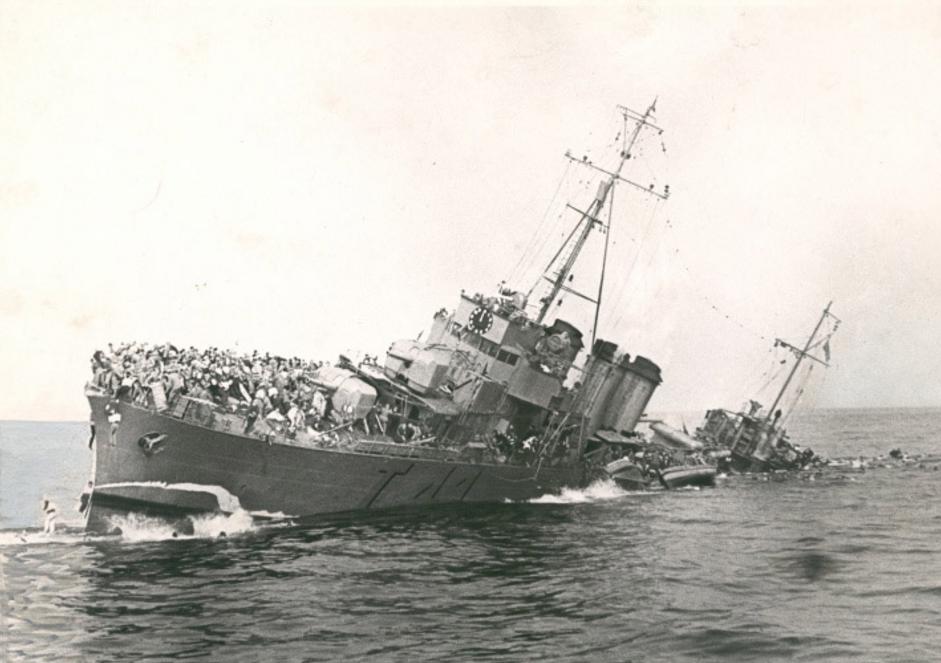 The sister ship to HMS Locust, HMS Mosquito under the command of Lt. Denis Harold Palmer Gardiner, made three trips to Dunkirk retrieving over one thousand troops. On the 1st June 1940 her fourth trip she was repeated bombed and sunk with the loss of 11 of her crew including Lt A. H. Manwaring. Amongst the wounded were Lt D. H.P. Gardiner and S/Lt E. S.Flint RNR. The Mosquito was scuttled by its sister ship the gunboat Locust.

The crew of HMS Mosquito’s anti-aircraft gun were all killed or wounded and although badly wounded himself Leading Seaman Ronald Thirwall continued to fire the gun until it ran out of ammunition. The crew on the aft 0.5” gun had also all been wounded or killed. Able Seaman C.A.L. Hirschfield made his way to the gun and single handed returned fire at the enemy.

From its launch to its loss, the Mosquito had a life of only four months.

At the completion of DYNAMO, of ninety-four destroyers in Home Waters, only forty-three were serviceable. Of the 40 used in Dynamo only 30 remained fit for service.

The RAF (Royal Air Force) played an important part at Dunkirk, but even though the RAF received praise in the Newspapers at that time, the troops on the beaches and the sailors in the ships asked “Where the bloody hell is the RAF?”

Often the  RAF was over Dunkirk,  but to high to be identified as British and mistaken for the enemy. More often than not the RAF was not fighting directly over Dunkirk but intercepting enemy aircraft before the arrived at Dunkirk.

The RAF did a outstanding job, but the German air force could attack at any time in large numbers, while the RAF simply did not have enough aircraft to continually station a large force over Dunkirk.

In all 338,000 men were rescued from the Dunkirk beaches many of these due the ships from Queenborough and Sheerness. 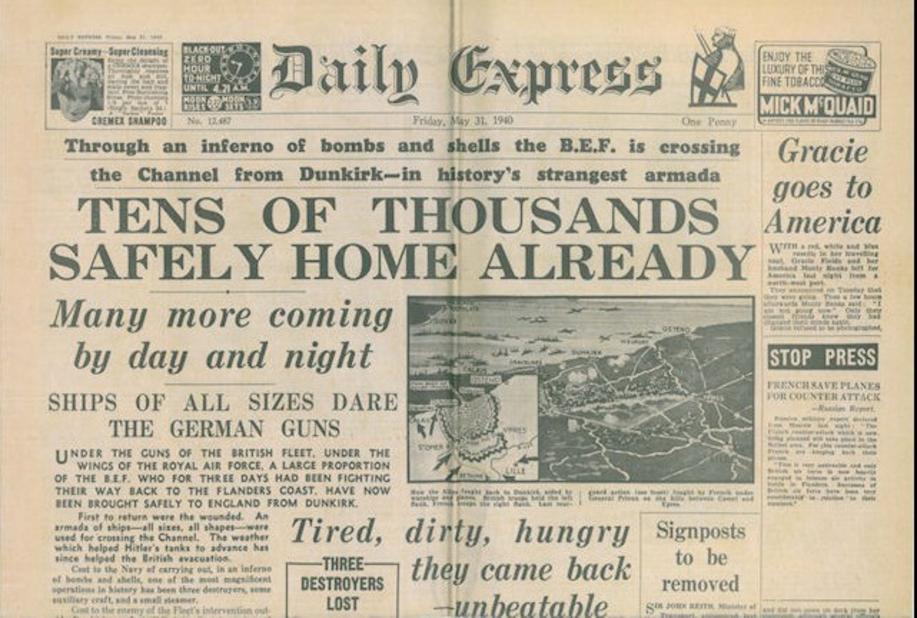 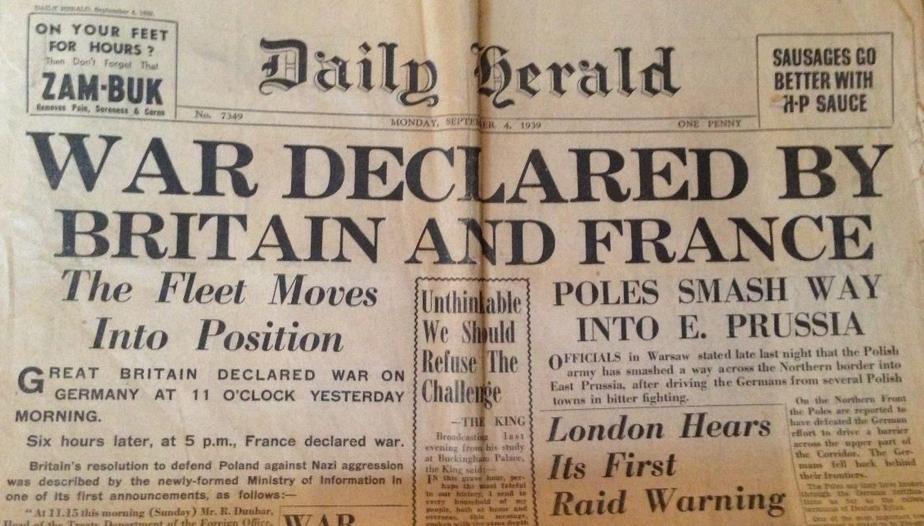 THE SHEERNESS DOCKYARD AND VESSELS FROM SHEERNESS AND QUEENBOROUGH PLAY A MAJOR ROLE IN THE DUNKIRK EVACUATIONS.

The Destroyers from Sheerness, in addition to their escort duties, were operating along the French, Belgium and Dutch coasts leading up to the Dunkirk Evacuations. They landed and picked up troops and demolition teams, attacked German land based units and rescued troops trapped in French ports. They did all this with the ever present danger of mines, under heavy bombardment from enemy guns and captured French Batteries, and being bombed and strafed by planes of the Luftwaffe.

The sea between Britain and Europe was heavily mined. There were British and German mines fields with mines being laid and re-laid by German minelayers, e-boats (Schnellboots, fast torpedo boats) and dropped by parachute from planes.

Nore Minesweepers, including those from Queenborough, in addition to keeping the sea lanes open for the convoys, swept three passages through the minefields between Kent and Dunkirk. These would be swept and re-swept making them as safe as possible for the evacuation vessels.

Sheerness Destroyer HMS Vivavous D36 taking on troops from the Mole at Dunkirk. 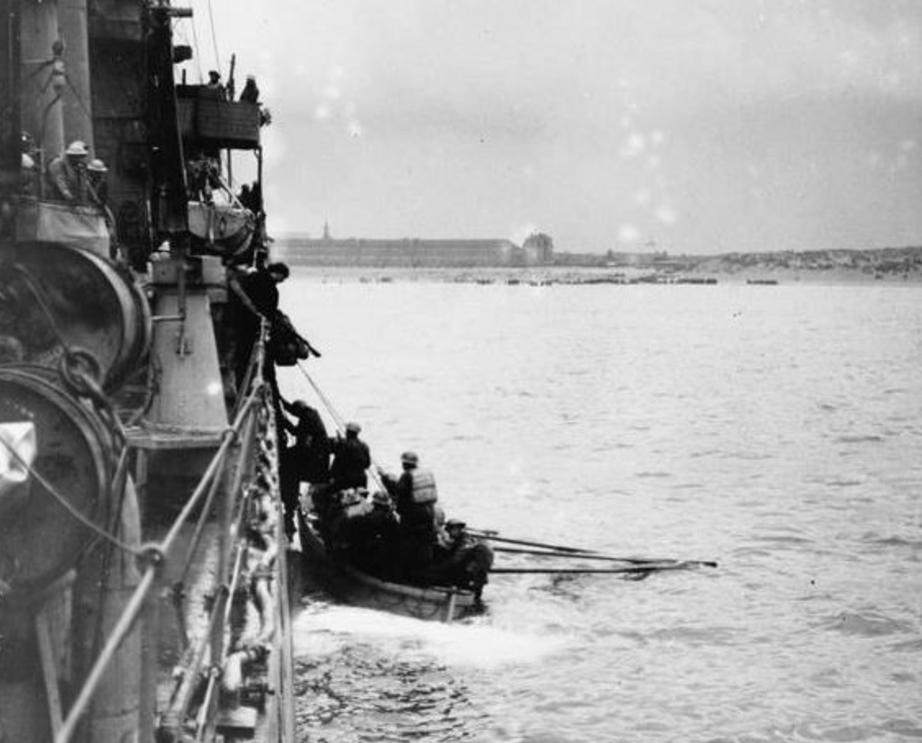 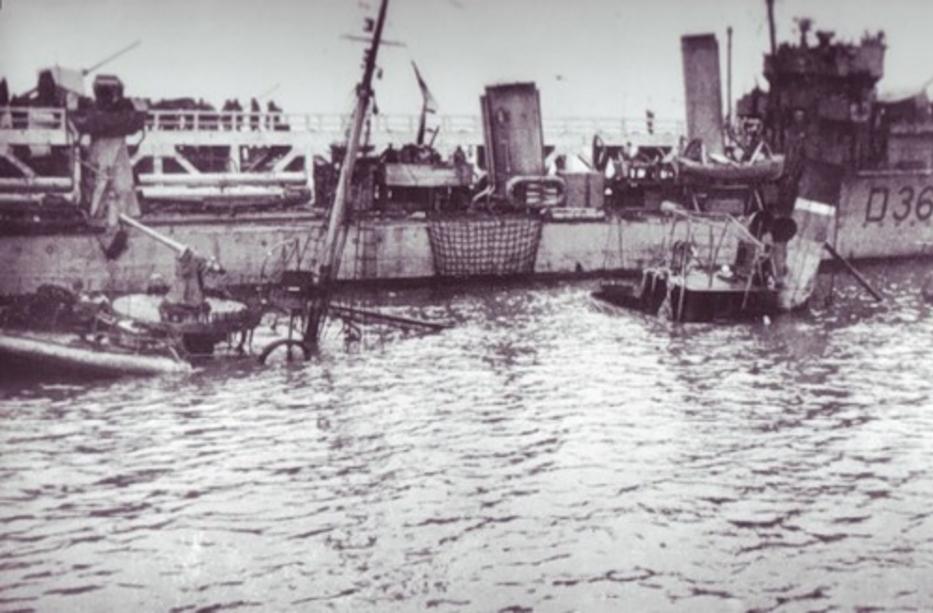 September 1st 1939 German forces invaded Poland. Both Great Britain and France had a treaty with Poland promising to aid Poland in the event of attack by Germany.

Great Britain sent Adolf Hitler an ultimatum. Either withdraw German forces from Poland or a state of war would exist between our two countries.

The BEF (British Expeditionary Force) was sent to France in September 1939. Too late to help Poland, the BEF formed a defensive line along the Belgian French border.

The period between the declaration of war in September 1939 and May 1940 is often called the Phony War as there was no fighting between the German Army and the French and British Army for almost nine months.

To the men and ships of the Merchant Navy and the Royal Navy it was anything other than a Phony War, as during that time 9 Royal Navy Ships and 48 Merchant ships were sunk in the Thames Estuary alone.

In Europe, British and French forces were quickly overwhelmed by the lighting speed and strength of the German advance and after fierce and often heroic resistance, withdrew towards the coast at Dunkirk.

Just such an eventually had been foreseen and Admiral Ramsey, based at Dover Castle in Kent had made plans for the Evacuation of British and French troops from Dunkirk. Codenamed Operation Dynamo it would forever become part of British history and the legend of the “Little ships” was born.

HMS Calcutta again evacuated troops on the night of 31 May/1 June 1940. She fought off three different air attacks and was damaged by near-misses from German bombs. In all the Calcutta evacuated 1,856 officers and men and landed them at Sheerness.
HMS Vivacious, Sheerness Destroyer, Cdr E F V Dechaineux RAN, was at first deployed off the Dunkirk beaches to intercept E-Boats and provided anti-aircraft cover.

On the 31st May the Vivacious was hit by shore based guns and sustained 15 casualties. Three ratings were killed and twelve wounded. Even so, on 1st June she evacuated a further 427 men to Dover.

A constant stream of vessel, some under their own steam, some under tow, struggled into Sheerness Dock Yard for repair. Amongst these the Destroyers HMS Intrepid and HMS Greyhound and the Minesweepers Sharpshooter and Salamander. They arrived with bomb damage and holed from near misses, or with plates buckles and propellers damaged from collisions with other vessels and wrecks while wildly manoeuvring to avoid bombing.

HMS Locust also towed back HMS Bideford which had 40 feet of her stern blown off during an air attack killing twenty five and wounding over fifty of her crew and troops. Despite having her stern blown off and in danger of sinking troops still boarded her.  Half the size of HMS Bideford, It took  the Locust 36 hours to tow her back to Dover.

The French Destroyer Bourrasque (Capitaine De Fregate Robert G.A. Fouque) while loaded with troops is sunk by a mine and shelled by German artillery on 30 May 1940 near Nieuport. Sadly, as it sank its mines exploded killing most men in the sea.

​​We should not forget that French and Belgium ships also took part in the Dunkirk evacuation and French troops as well as British troop fought a .rear guard action and were taken prisoner while others escaped.