Newspaper clipping and note by kind permission of Lynne Smith   whose dads brother,  Joe George Taylor, was the sole survivor of the Earl Essex 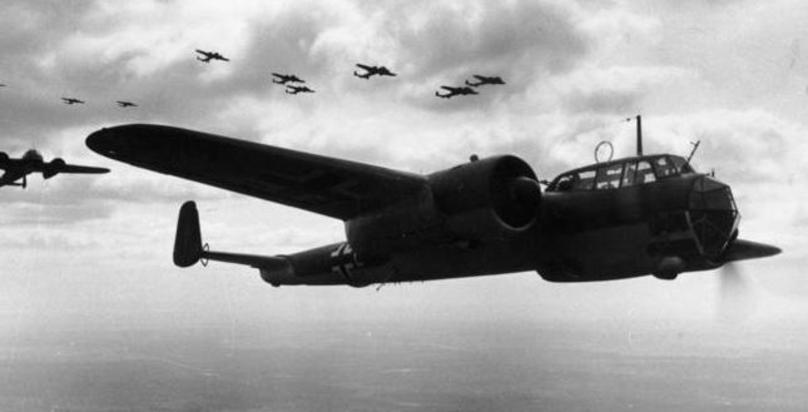 A Formation of Dornier 17 German Bombers over England the type which would have attacked HMT Earl Essex. 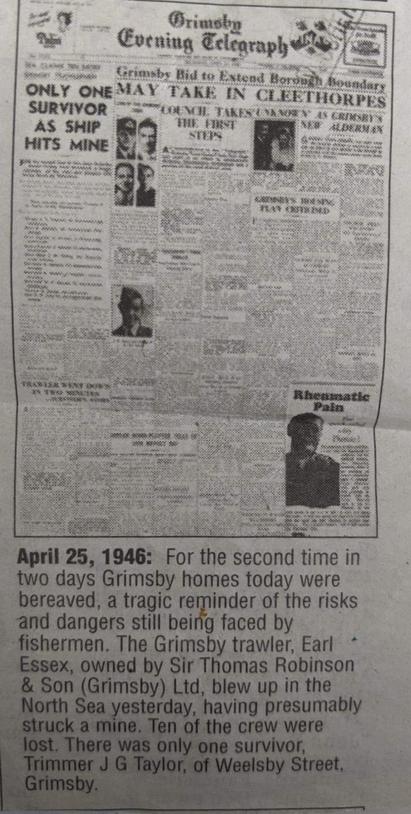 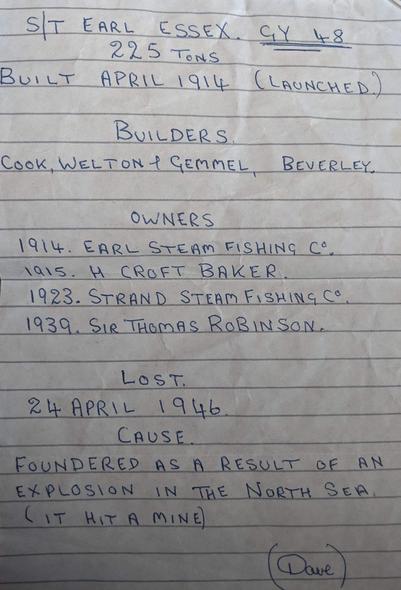 Earl Essex,  Will Davies Story can be found here,

Based at both Wildfire III, Queenborough and Harwich HMT Earl Essex served in both World War One and World War Two as a minesweeper.

The Earl Essex came under attack from enemy aircraft on a number of occasions with near misses from bombs.

The Earl Essex was perhaps the unluckiest minesweeper in the war! After serving in WW1 and WW2 clearing hundreds of mines she was blown up after the war ended. Almost a year after the war in Europe had finished, while trawling for fish, her nets caught a mine. As the nets were pulled on board the mine exploded killing ten of her eleven civilian crew.  Joe Taylor from Grimsby was the sole survivor from the Earl Essex.

May 1917.  The trawler Alexander Hills was in a collision with the Earl Essex.

November 1939. Requisitioned in November and converted to a minesweeper.

16 April 1940. C. G. C. COOMBE was appointed First Lieutenant of HMT EARL ESSEX (based at Sheerness) as a Temporary Skipper with a seniority of 9 Jan 1940.

24th April 1946: Returned to owners. Mercantile loss. Trawled up a mine in the North Sea on 24th April 1946. The mine exploded sinking the vessel. There was one survivor, Joe Taylor, ten of here crew were lost.

To find out more of the Earl Essex movements go to DRIFTERS AND TRAWLERS.