William Arthur George was married in 1931 to Annie Harris and had two daughters.

Named after a water nymph from Roman mythology, the Egeria was a fishing vessel. She was a drifter which used long drift nets to fish in the North Sea. At the outbreak of World War Two the Egeria was requisitioned by the Admiralty. In January 1940 she was converted into a minesweeper and based at Wildfire III, Queenborough. Her job, with her sister minesweepers, was to keep the sea lanes in the Thames Estuary and North Sea clear of mines and open to shipping bringing vital supplies into London and South East England. This would involve long periods of dangerous, arduous and monotonous work trawling back and forth sweeping for mines.

The precise activities of the Egeria are not known but she would have participated in most major naval events. Although not recorded as bringing troops back from Dunkirk, she certainly would have been sweeping the sea lanes between England and Dunkirk allowing the returning ships to travel along them with the risk of sinking by mine very much diminished.

1945, Egeria was returned to her owners.

To find out more of the Egeria’s movements go to DRIFTERS AND TRAWLERS.

On 8 May 1940, being landed with a party from the Northern Spray to examine a German troop-carrier down in Efjordan, the party was surprised and attacked by some 30 Germans, the late occupants of the plane, with machine-guns and grenades. After all their ammunition was expended, the party surrendered, except Skipper George, who, eluding his captors, made his way to the wrecked plane, in which he spent the night. He collected all books and papers he thought might be of value and, launching the india-rubber boat, crossed the fjord and eventually re-joined his ship.

The Egeria would have looked like these minesweepers at work in the North Sea. 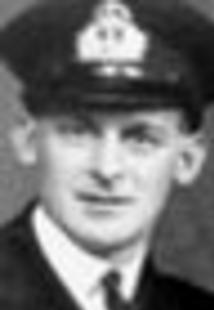 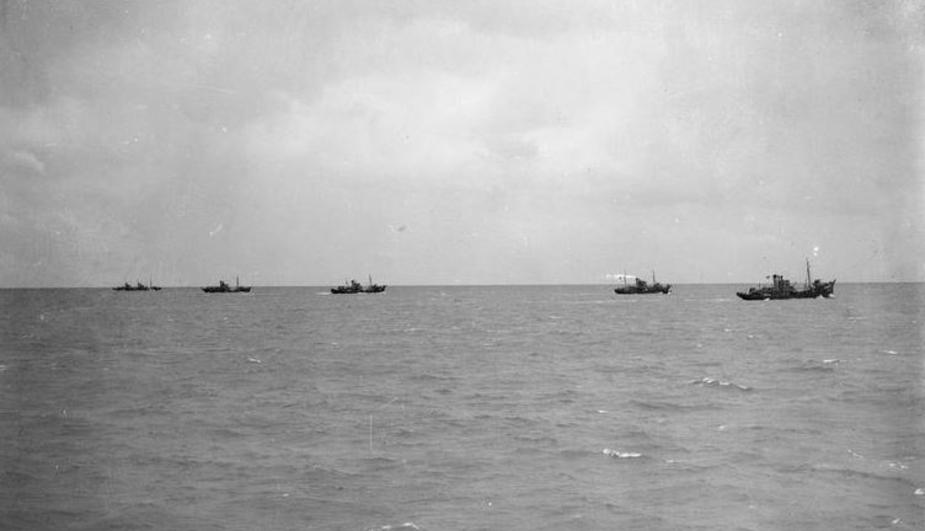