Nov 39, The Fentonian was again taken over by the Admiralty.

March 1944, The Fentonian  became a Fuel Carrier. Other vessels converted to Fuel Carriers at this time served at the D-day landing beaches refuelling vessels.

Feb 45, The Fentonian was returned to her owner.

To find out more of the Fentonian's movements go to DRIFTERS AND TRAWLERS.

Like many of the minesweepers the Fentonian worked hard and diligently sweeping the sea lanes of the Thames Estuary clear of mines. She rarely got publicity unless there was a major incident.  She did her job, her Officers and crew always under immense stress and in great danger.

The Fentonian was also a minesweeper in World War One where she swept mines from the Dardanelles (the straight between European and Asian Turkey) during the Gallipoli Campaign. Under heavy fire from the shore her escorting vessel the Light Cruiser Amethyst was hit, killing 25 and severely wound 24. The Fentonian was also hit with 2 of her crew killed.

Minesweeper diligently sweeping the sea lanes of the Thames Estuary and North Sea clear of mines. 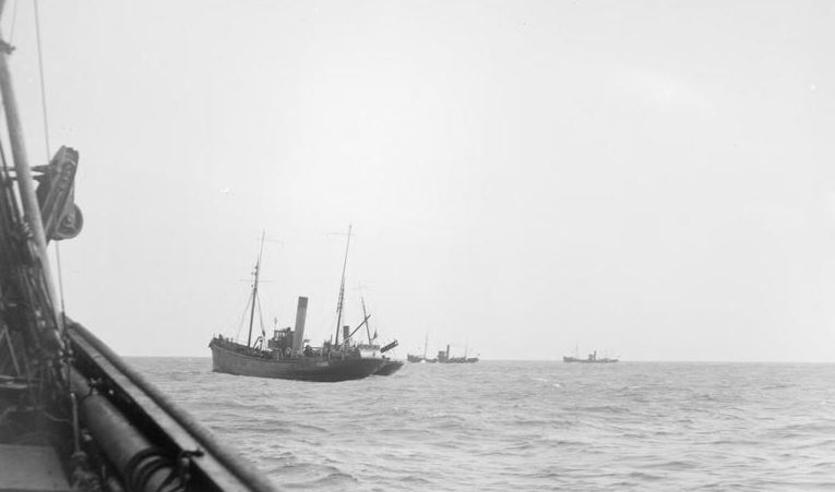