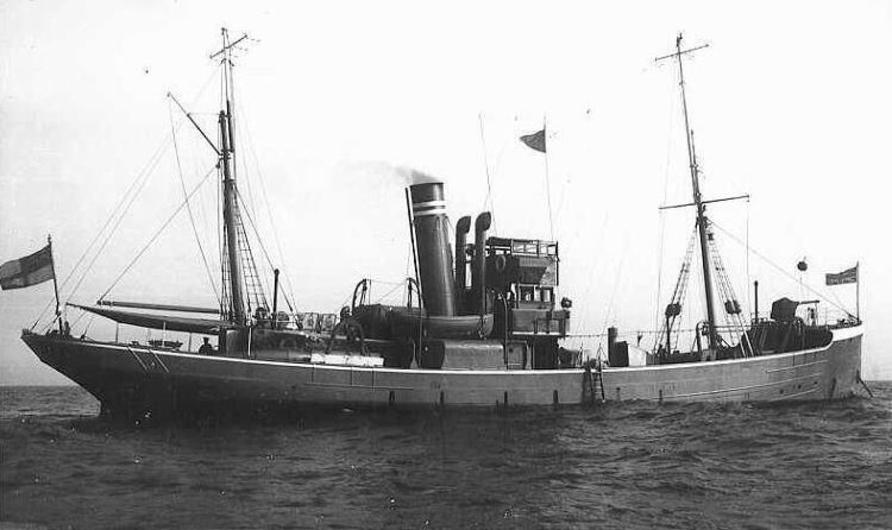 The Force is a Mersey Class Minesweeper. Mersey class Minesweepers were built to Admiralty specifications on the design of the 1916 Trawler Lord Mersey.

During the short life of the Force as a Minesweeper during World War Two, she was in extreme danger of being blown up by the very mines she was sweeping. Every day she sailed into waters where mines were known, or thought, to have been laid by the enemy.

Ironically it was not a mine which caused the loss of the Force, it was a bomb.

During the same week (21 to 28 June 1941) ten vessels were bombed by the Luftwaffe off the East Coast. Of these eight sank including three minesweepers, the Nogi, the Tranio and the Force.

The Force was attack and bombed near 8A buoy, 10 kilometres from Winterton Ness. Badly damaged and on fire she took twenty minutes to sink with eleven of her crew reported as MPK, Missing Presumed Killed.

1917 to 1922, Served in World War One as the James Buchanan a minesweeper. Fitted with listening Hydrophones.

1934. Sold to the Hudson Fishing Company Ltd of Kingston upon Hull, who renamed her as Cape Tarifa.

1938, She was sold to a Polish company and renamed the Franciszka.

1939. She was acquired by Adam Steam Fishing Company Ltd, Fleetwood and renamed Force.

​27 June 1941. Bombed and sunk by the Luftwaffe whilst off Great Yarmouth six miles (10 km) from Winterton Ness.  The Force took 20 minutes to sink with the loss of eleven of her crew.

To find out more of the Force’s movements go to DRIFTERS AND TRAWLERS.