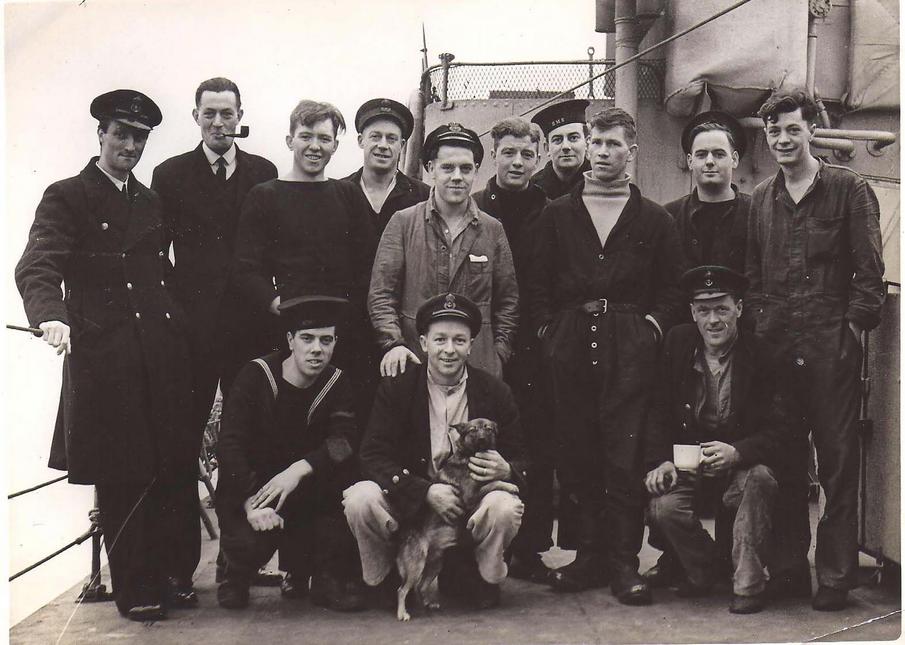 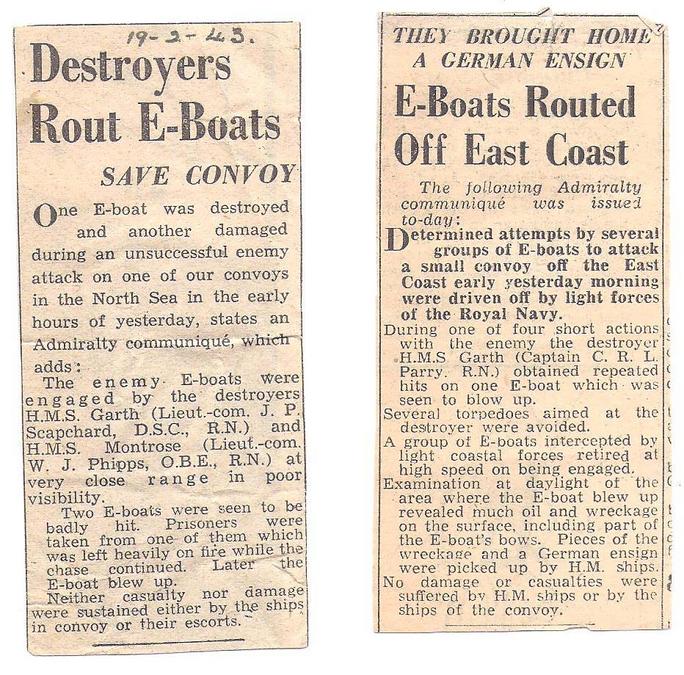 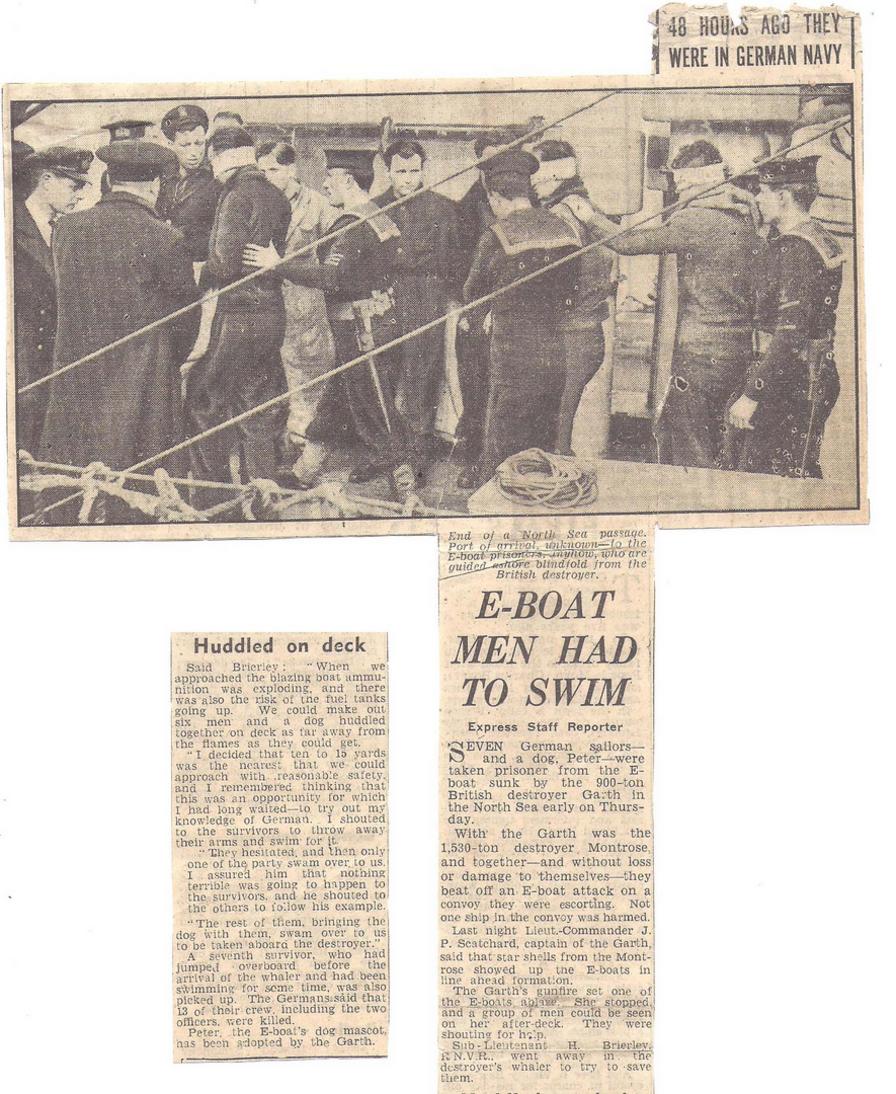 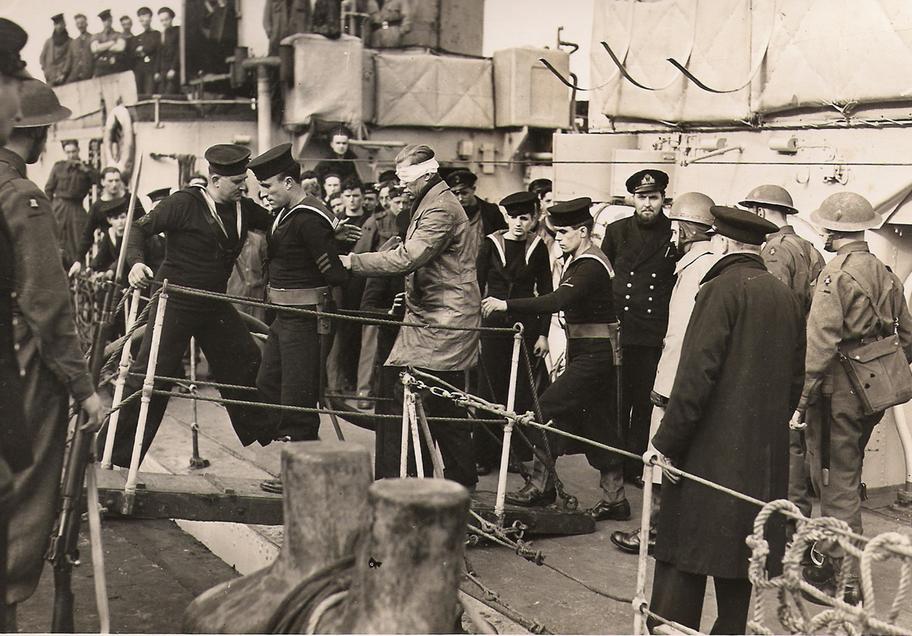 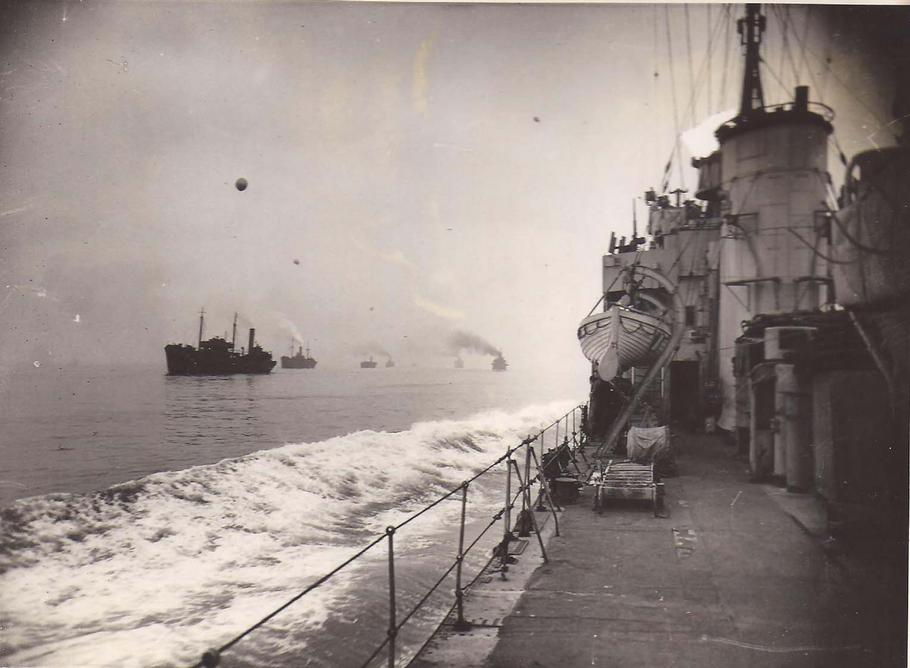 Disembarking a wounded German prisoner at Harwich with dockyard workers looking on. Fred Stokes on the left. (cigarette this time). 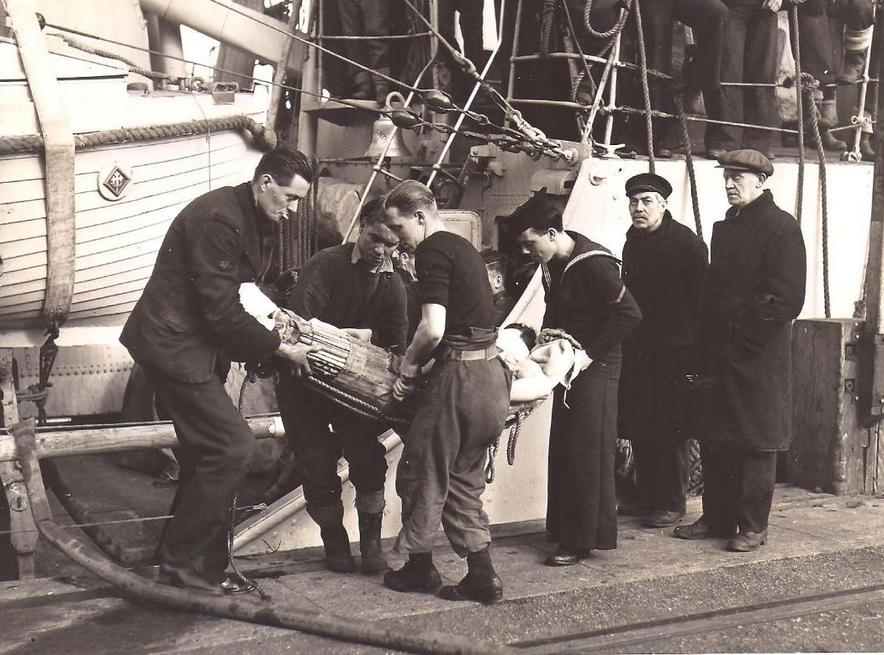 ​Fred Stokes. Photographs, newspaper clippings  and information by kind permission of Rick Stokes, whose father F J E Stokes (Fred) served as Steward aboard Garth from 1941 through to the end of the war.

Article reporting the transport of the King. 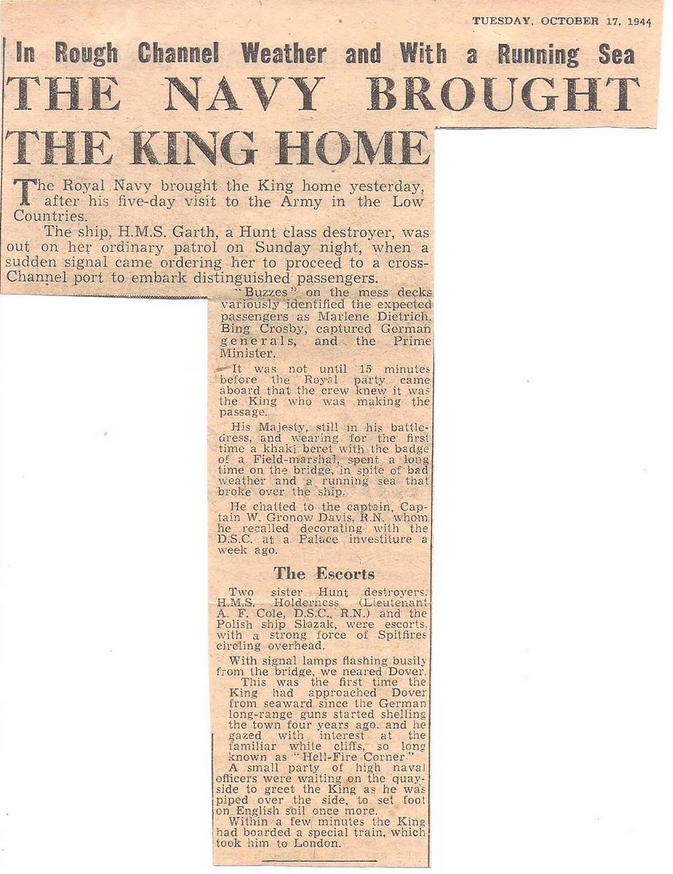 Member of Garth's crew with the dog rescued from the sinking German E-boat. Although the above  newspaper article named the dog as Peter, the crew had named him Schnapps. Fred Stokes second from the left (with habitual pipe). 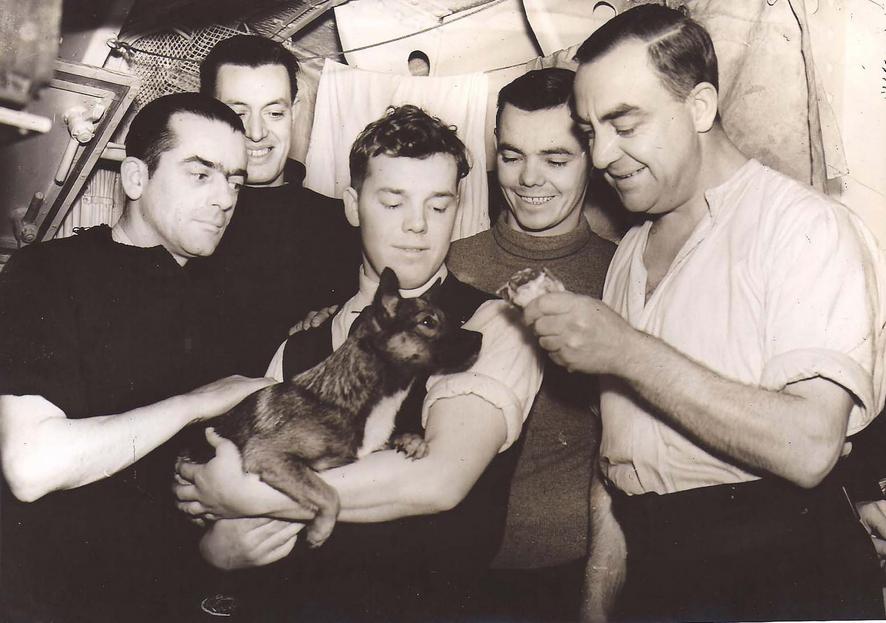 HMS Garth. East coast convoy duty. Note barrage balloons above merchant ships. The white area above the bridge is where the censor has obscured the radar equipment. 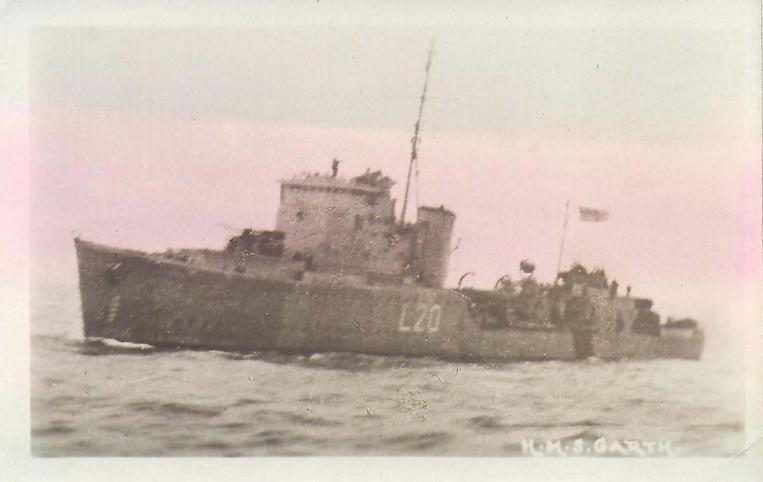 Manning a 20mm Oerlikon. Fred Stokes on the right (with pipe again). 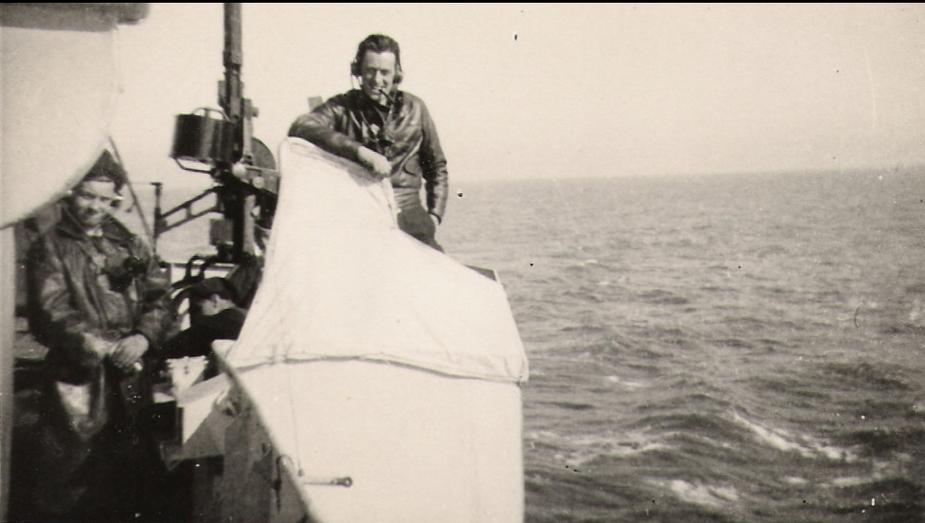 Crew with “Schnapps” the  German dog . Fred Stokes second from the left.