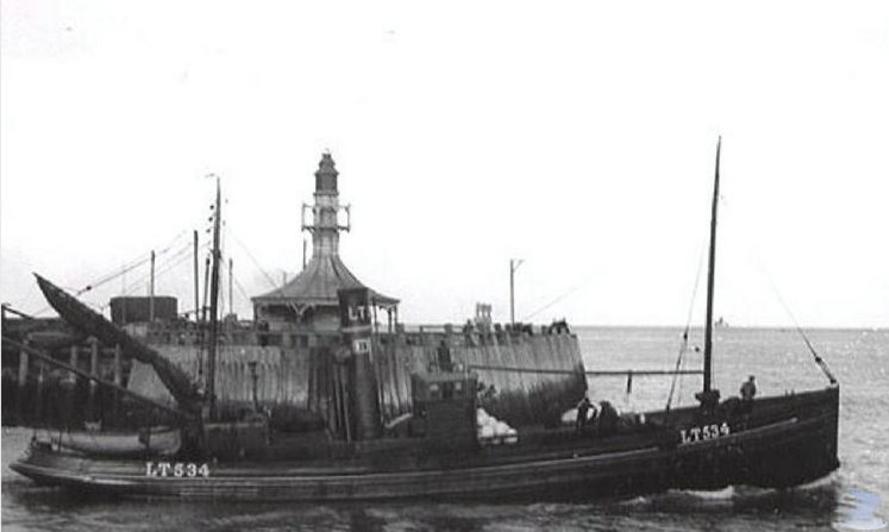 Mines, bombs and torpedoes weren’t the only hazards for a minesweeper’s crew. Crowded anchorages, barely marked and wreck strewn waterways, tide, currents, wind and weather were also the enemy. In the blackness of the night, with large congregations of vessels sailing very close together in convoys, collisions were inevitable. A ship which sank in a collision was every bit a victim as one which was lost when detonating an enemy mine.

The Go Ahead was lost when she collided with another vessel in Queenborough Harbour only yards from the shore.

17 November 1918.  With World War One at last coming to an end on the 11 November 1918, HMD Volume, which was being built for the Admiralty, was cancelled.

1919. HMD Volume was completed for commercial use and renamed GO AHEAD.

12th June 1930. The Go Ahead’s engine failed in Rathlin Sound, Northern Ireland and she was towed  by Girl Gladys (LT 1174) to Killybegs in Southern Ireland.

27th November 1930. The Go Ahead sustained damage to her stem at Great Yarmouth.

30th November 1932. The Go Ahead sustained damaged in a gale off Lowestoft.

5th December 1934. The Go Ahead sustained damaged which included a broken propeller when she collided with a submerged obstacle at the entrance to Lowestoft harbour.

23rd November 1939. The Go Ahead was requisitioned by the Admiralty and converted to a Minesweeper.

18th November 1940. The Go Ahead was lost in collision in the River Medway off Queenborough.

To find out more of the Go Ahead’s movements go to DRIFTERS AND TRAWLERS.