Officers and crew of HMS Cottesmore. 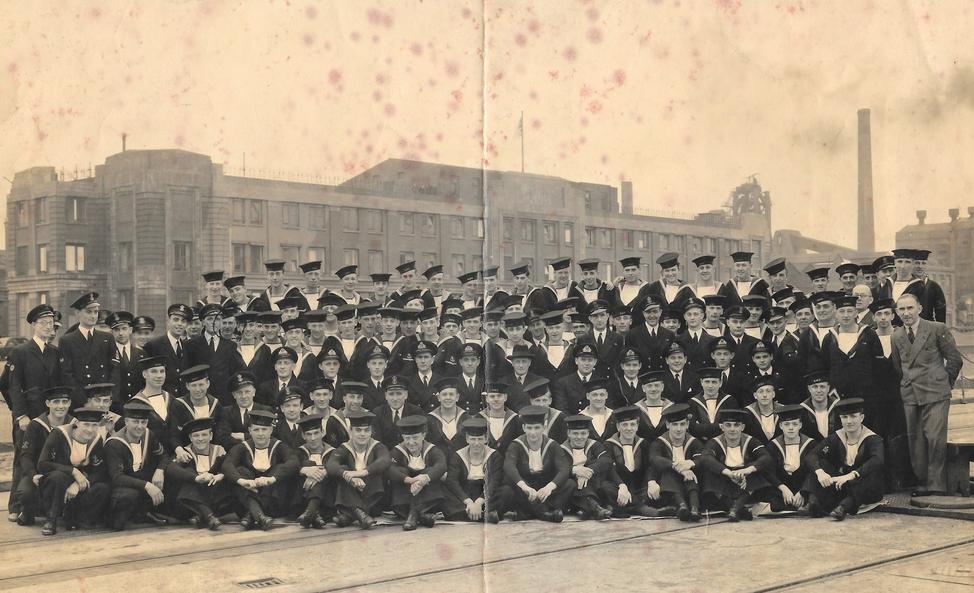 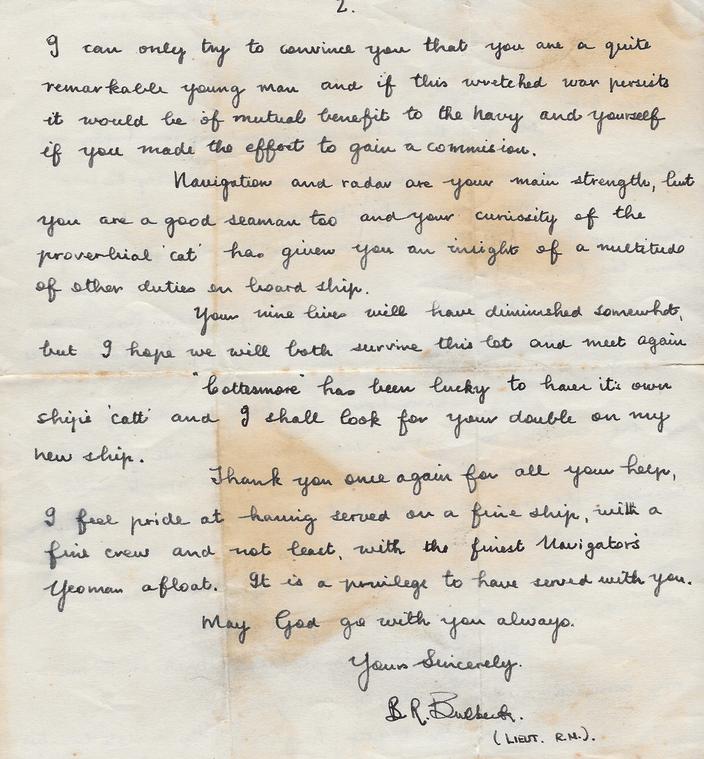 HMS Cottesmore searches for the e-boats.

HMS Cottesmore fires star shells to help with her search. 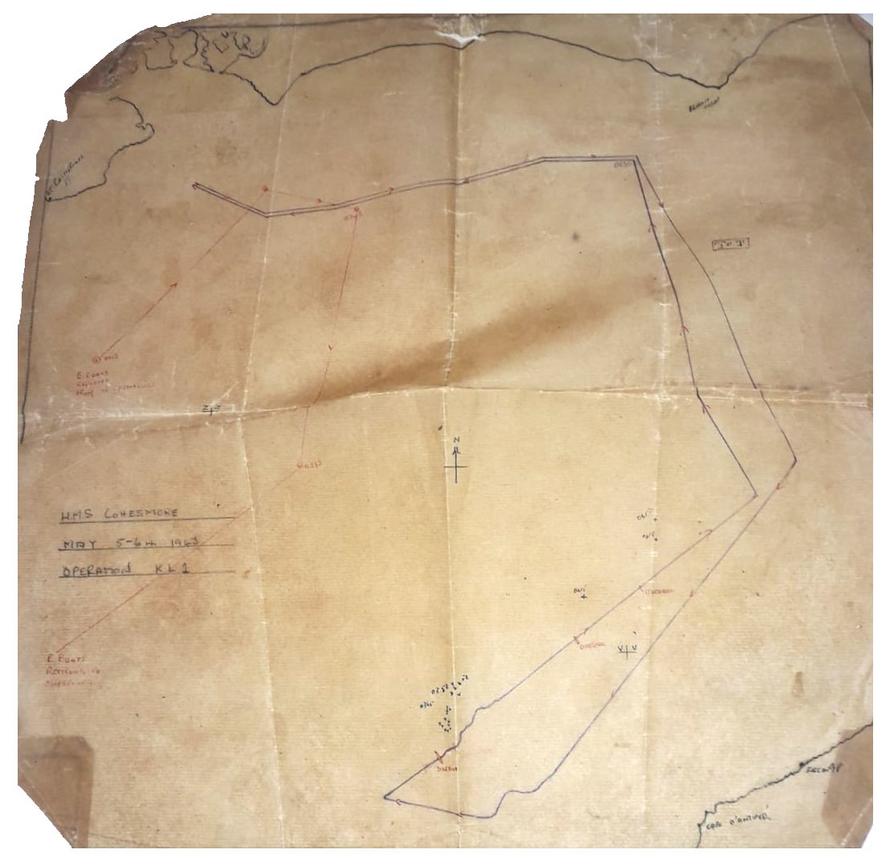 CHART TWO: Produced by Gordon Catt while serving on HMS Cottesmore. It shows HMS Cottesmore in combat with enemy vessels, sinking one enemy supply ship and three torpedo boats, with one damaged. 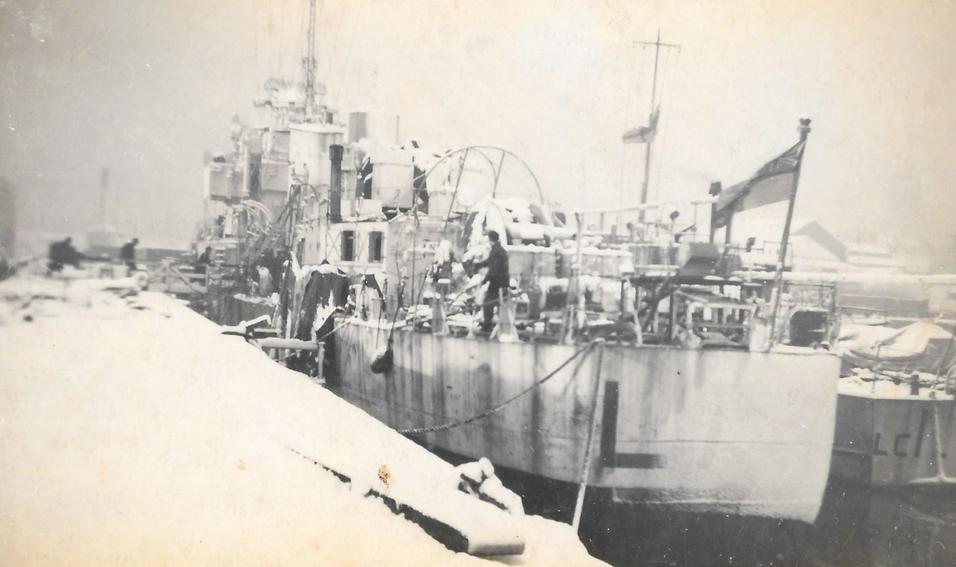 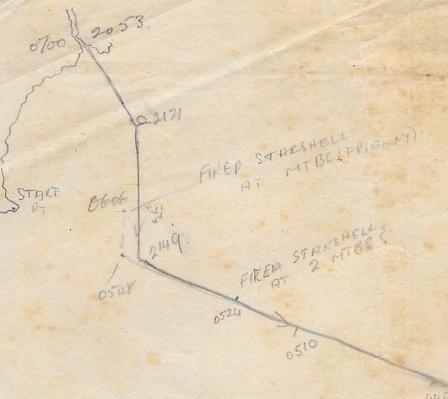 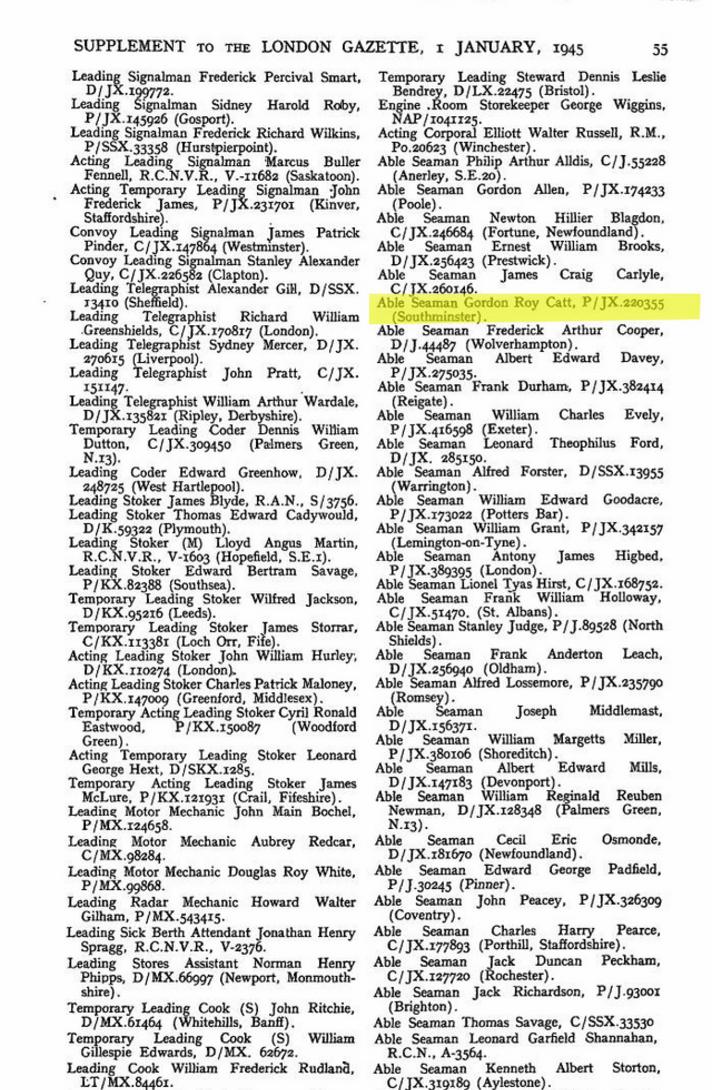 Letter from Act. Sub Lieut.  B. R. Bulberk, following his promotion to full Lieutenant and leaving the Cottesmore, in which he says, "my own step up the ladder owes more than a little to you."  Lieutenant Bulbeck goes on to encourage Gordon Catt to get his Commission and calling him "the finest Navigator's Yeoman afloat!" 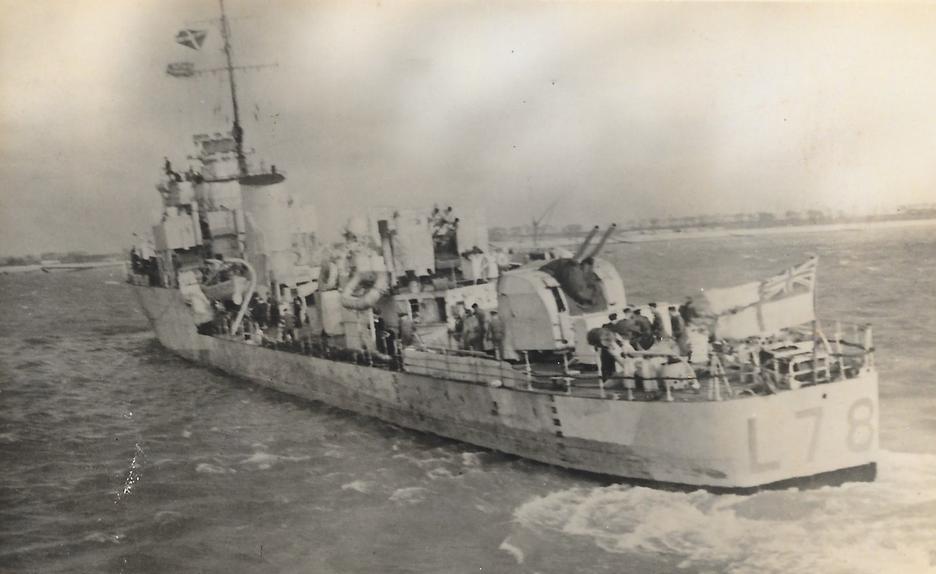 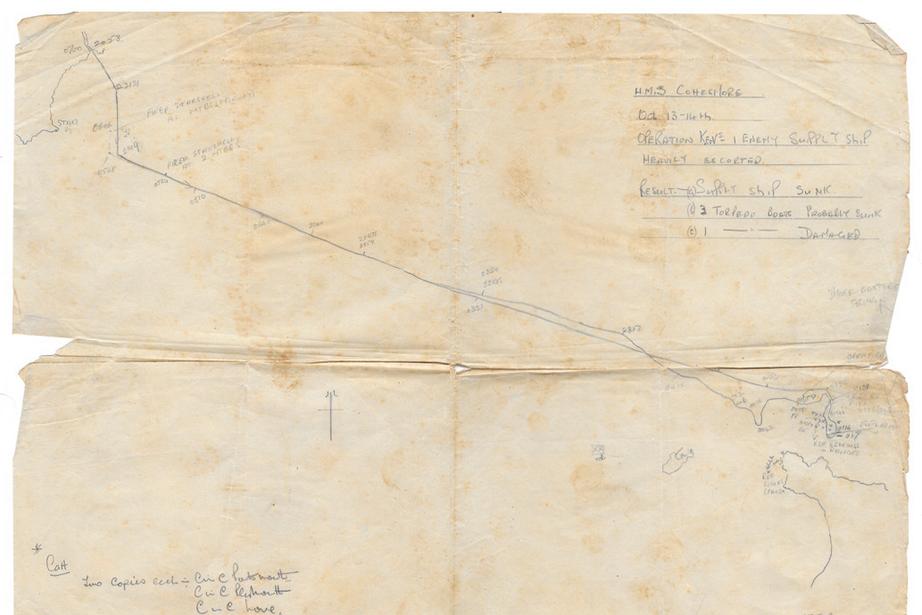 CHART ONE: Produced by Gordon Catt while serving on HMS Cottesmore. It shows an encounter with enemy Schnellboots (E-boats) fast torpedo boats. 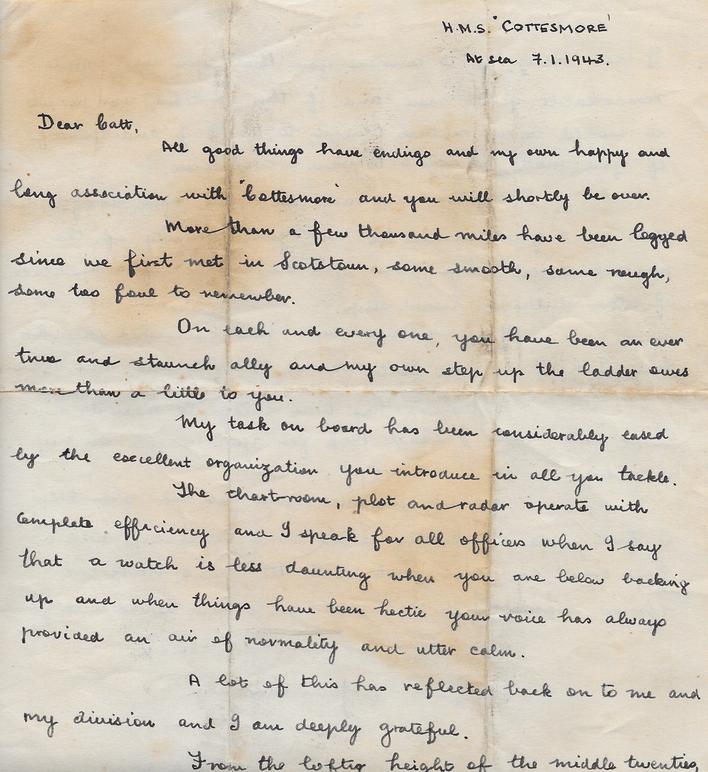 HMS Cottesmore L78. Notice in this photograph the number "78" has been concealed for security reasons. 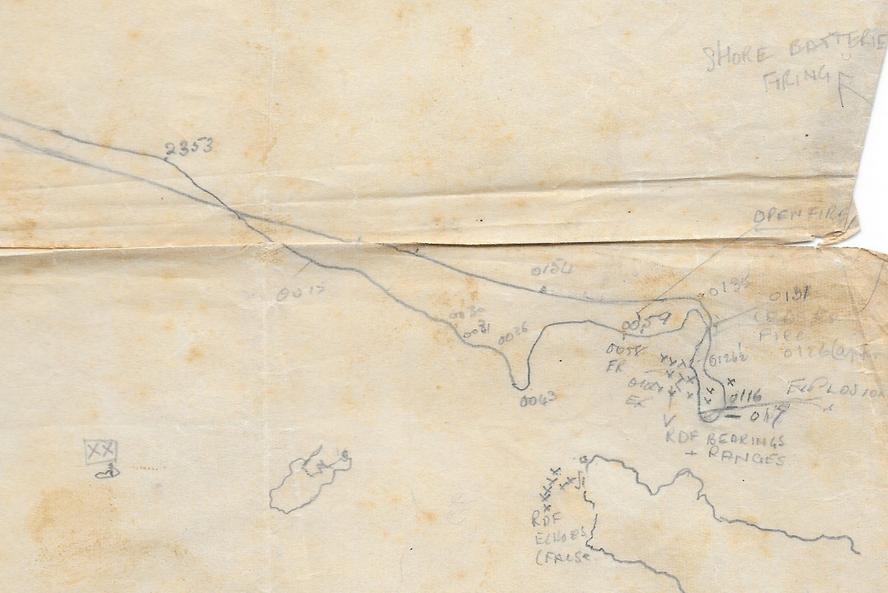 Gordon Catt, served on HMS Cottesmore during World War Two and was Mentioned in Dispatches.

Ships Officer’s reference.“Gordon Catt served for five years as this ships Navigator’s Yeoman. He has proved himself a most excellent type of rating, extremely conscientious, hard working and reliable. His knowledge of chart work and pilotage is considerable. For the past few years all the correction of charts in the ship, has been in his hands, and at sea he has been responsible for manning the combined chart house and pilot in action or when in pilotage waters. He has been “mentioned in despatches”. 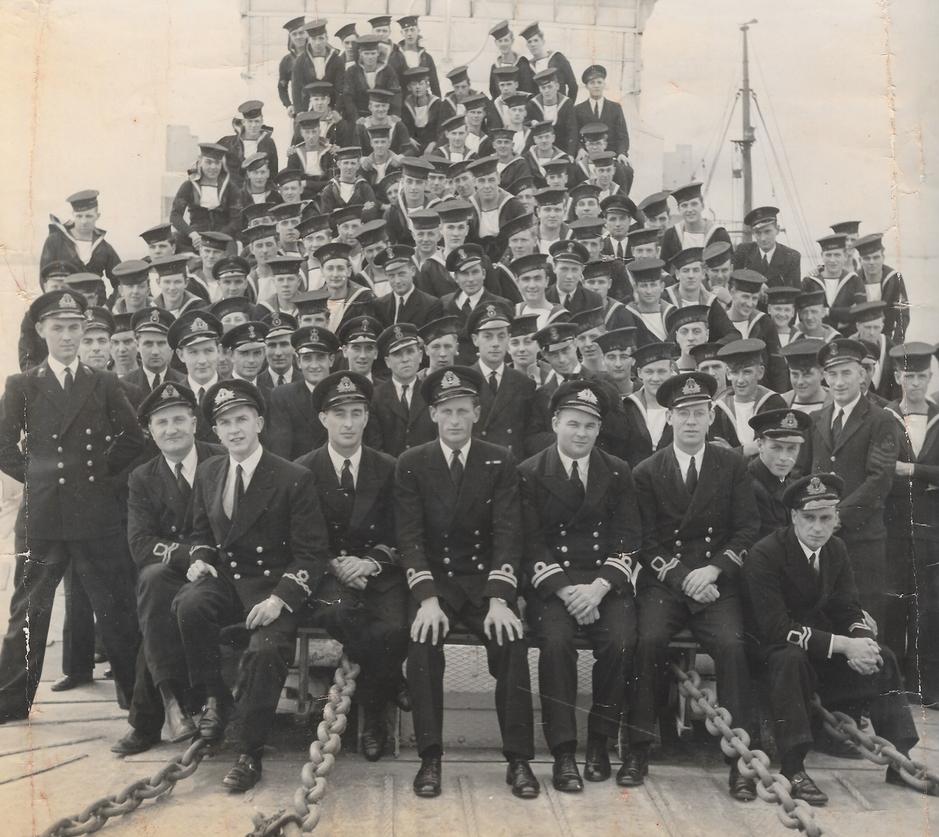