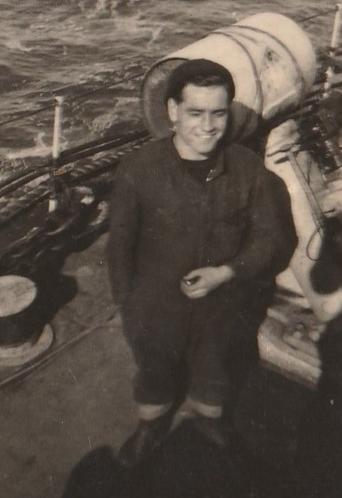 John Malcolm Brownless joined the Royal Navy on the 25 March 1942 and commenced training at HMS Collingwood, a Royal Navel shore establishment at Fareham and at HMS Victory.   He also trained at HMS St Christopher  a Training Base located at Fort William in Scotland.
He was later transferred to HMS Pembroke at Chatham in Kent, where he Joined the Hunt class Destroyer HMS Cottesmore.

In 1945 John was transferred to HMS Loch Achray.  John went on to train at HMS Orlando the shore base and gunnery school at Greenock in Scotland.  When the war in Europe ended, in May 1945, Loch Achray took part in "Operation Deadlight” escorting surrendered German U-boats to Loch Ryan. In September 1945 Loch Achray joined the East Indies Escort Force in the Indian Ocean supporting military operations.

​One John’s stories was of being landed on Java towards the end of the war, to assist the Army in fighting the Japanese, apparently 'proper' troops not Matlo's were landed to the North and a 'pincer' movement formed. They succeeded in shooting most of the monkey population having been warned of Japanese snipers in trees. 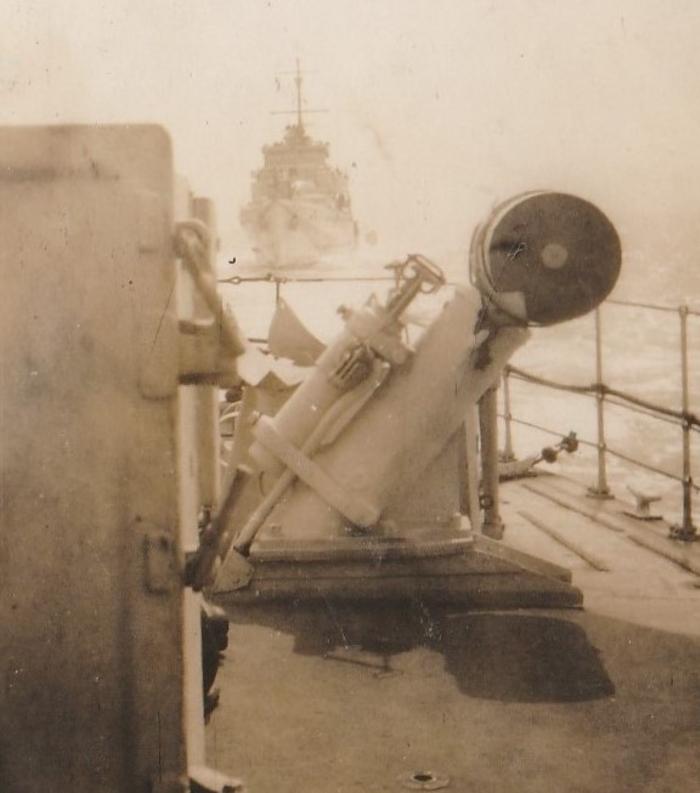 Crew of HMS Cottesmore. The Destroyer in the  background is HMS Blankney (L30) . John Brownless is furthest right.  Donald Maxwell Reed is back row, right hand side.​ 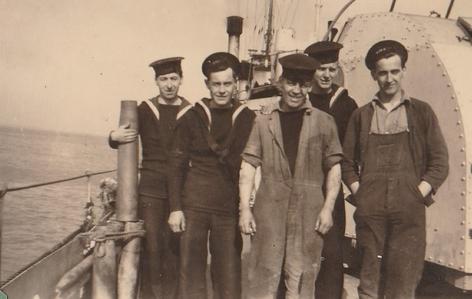 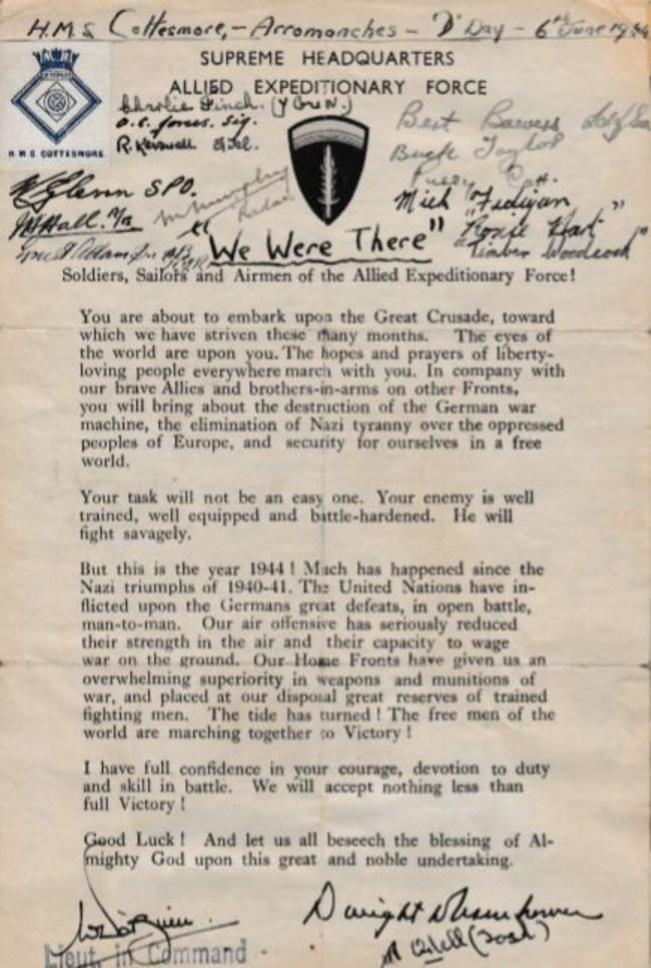 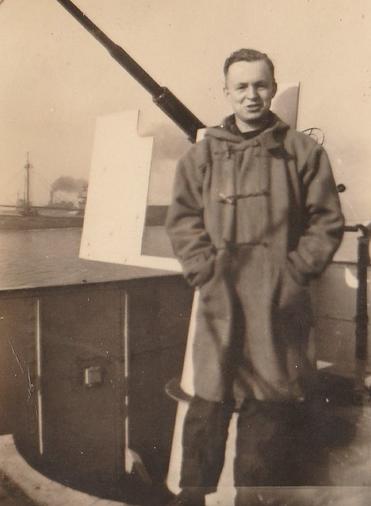 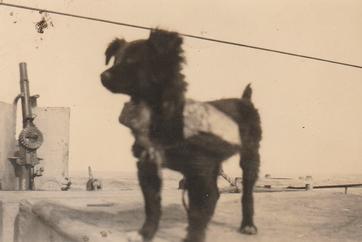 If you recognize anyone in the following photographs, please let us know so we can name them. 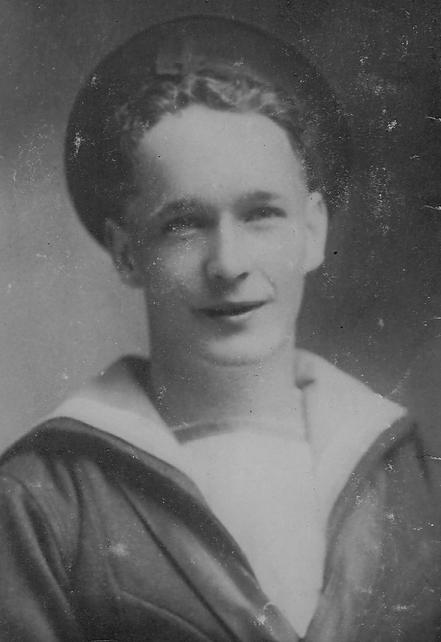 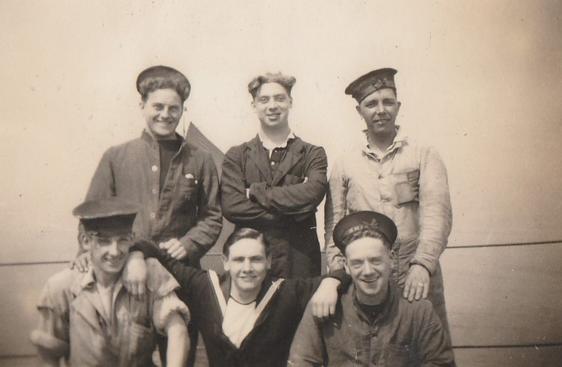 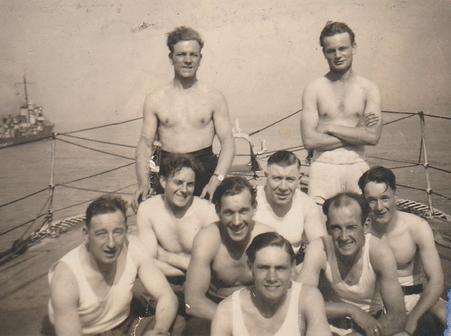 From John Malcolm Brownless, collection, proudly stating "We Were There" HMS Cottesmore, Arromanches, D-day, 6th June 1944 and signed by some of the crew.

If you have any additional information about these photographs, this ship, crew lists, stories, other photographs, please contact us. 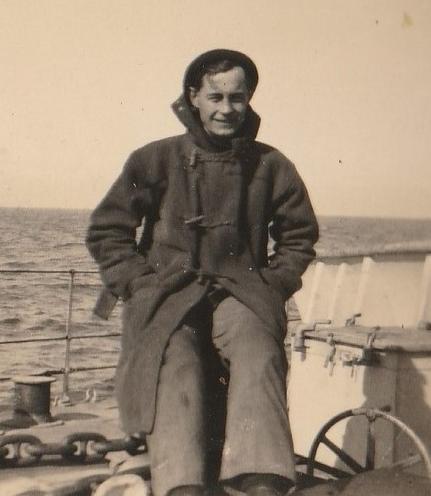 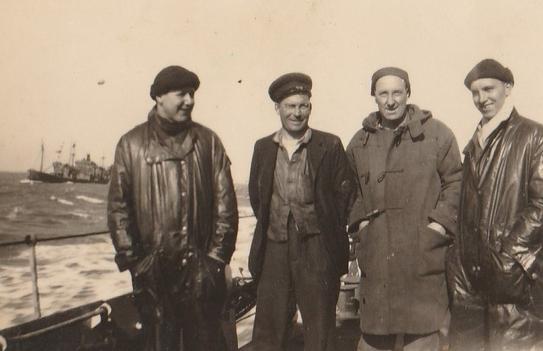 Hooky Fade. Depth-charge thrower behind him.

Ships mascot. In the background the 20mm Oerlikon Anti-aircraft gun