HMS Garth's Officers on the bow in front of the Bow Chaser. Lieutenant D.G. Bilsland  is on the extreme right of  the group. 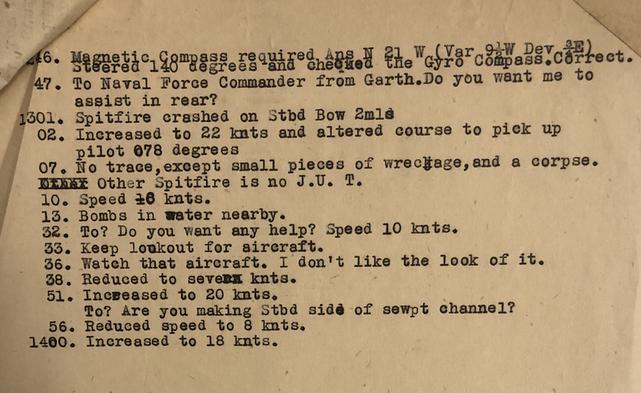 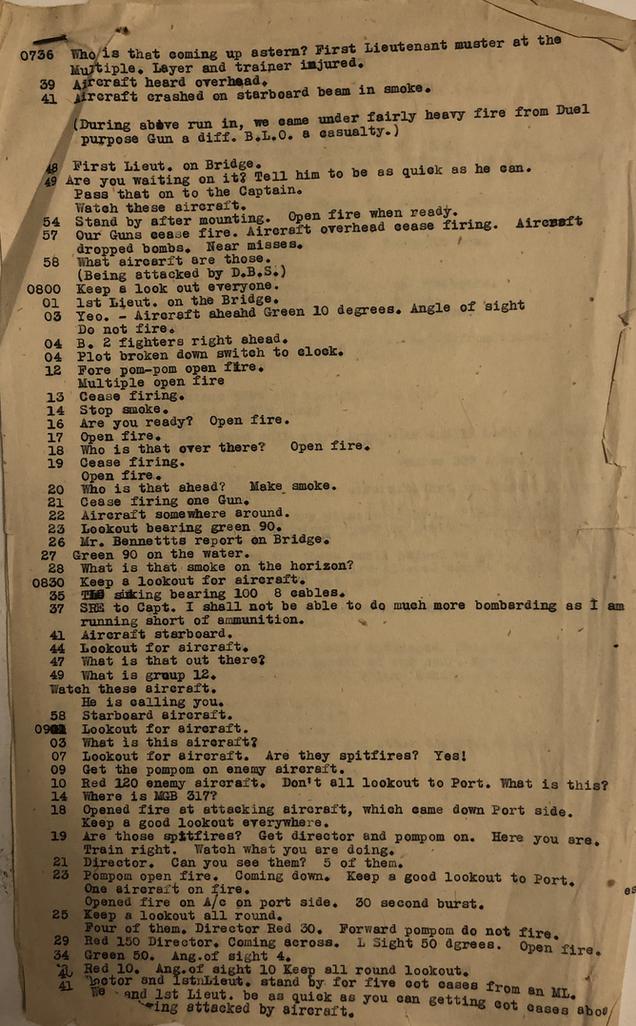 ​Photographs by kind permission of Iaian Bilsland. Iaian, was christened on board the HMS Garth, using the ships bell as a font, at Sheerness in late 1942.  Appropriately, Laian's middle name is "Garth".

​Lieutenant D.G. Bilsland served on the Garth until early in 1945 when he join the Frigate, St Austell Bay.

Lieutenant D.G. Bilsland  (the bearded officer) is holding the dog rescued from the German E-boat. 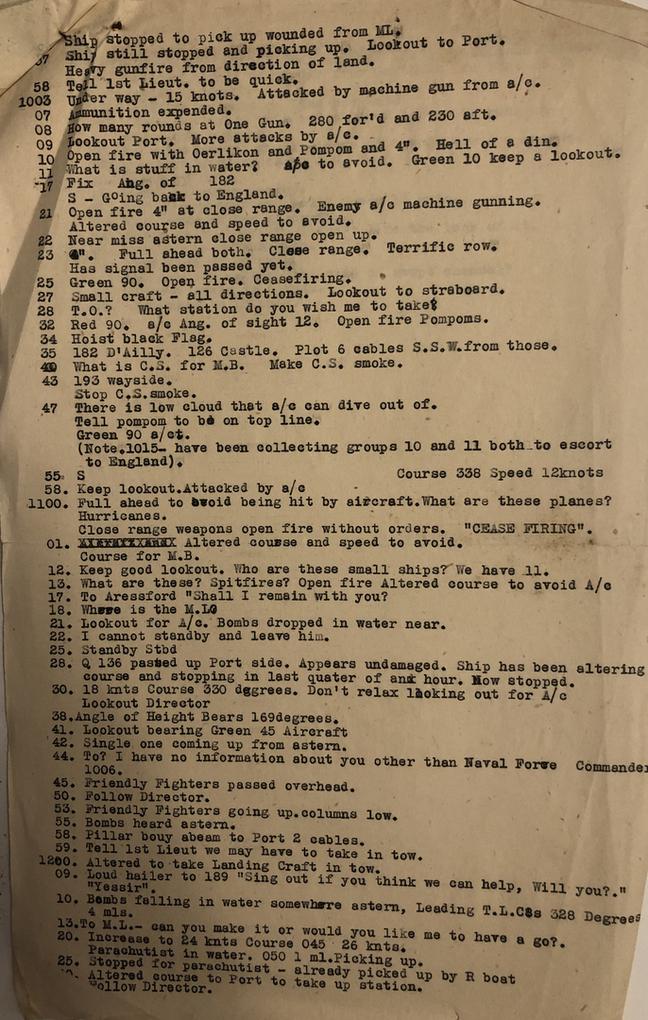 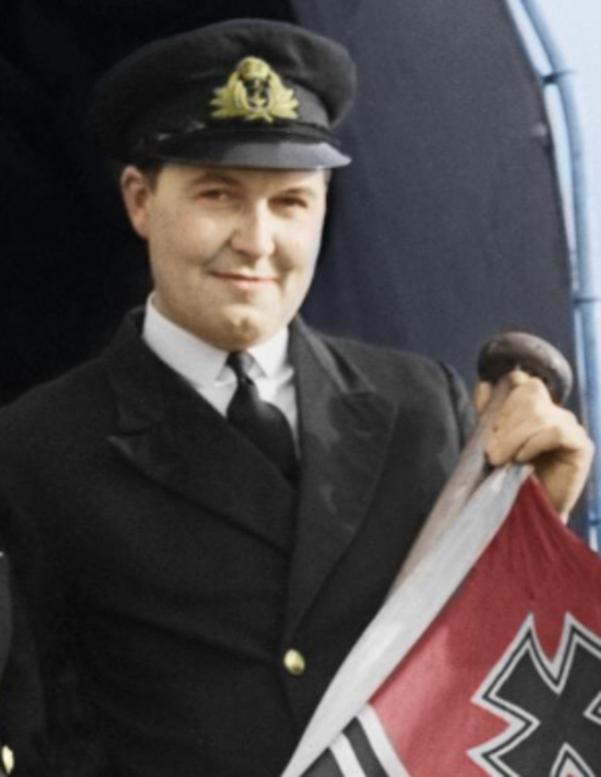 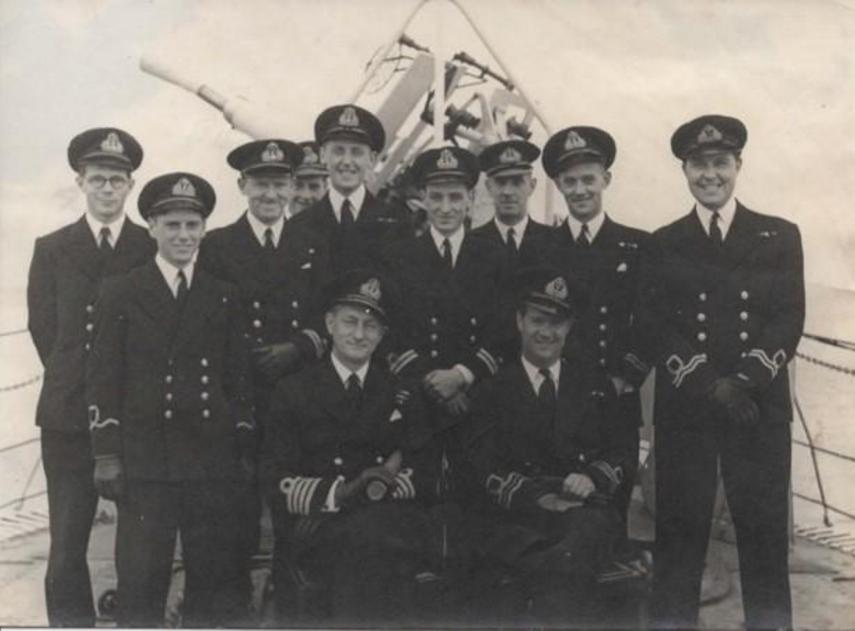 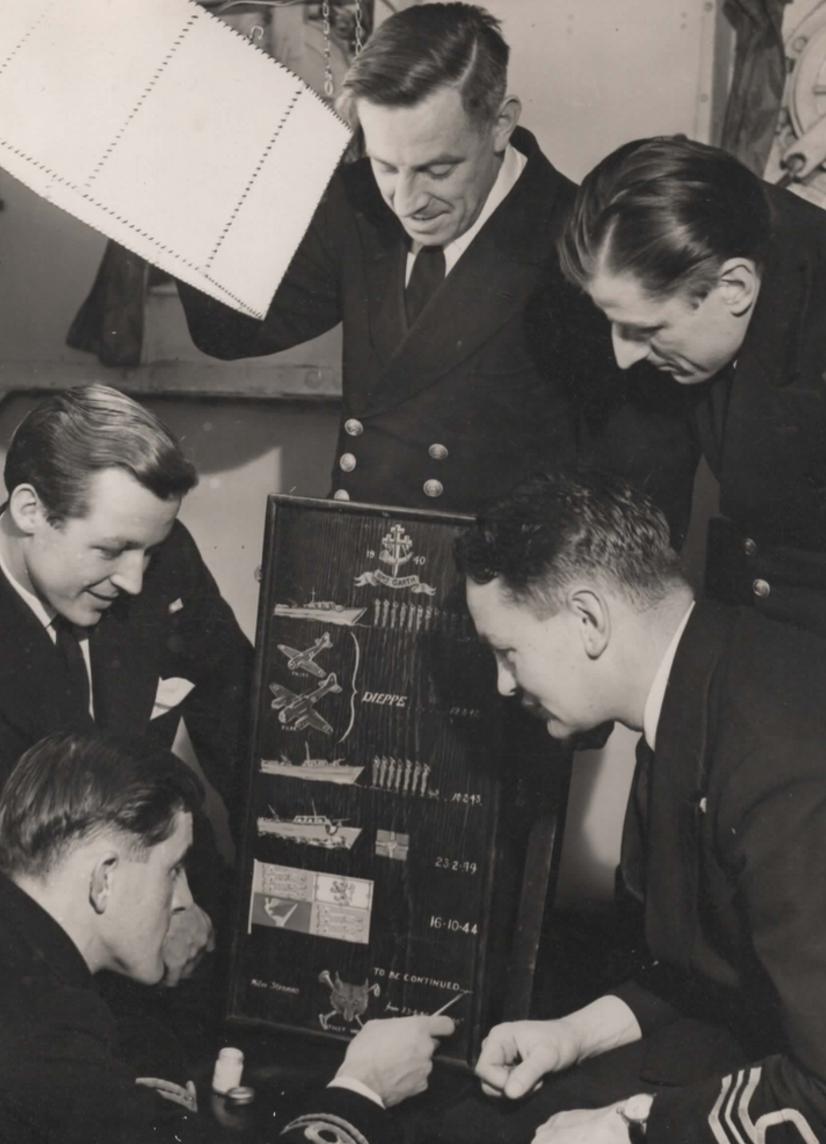 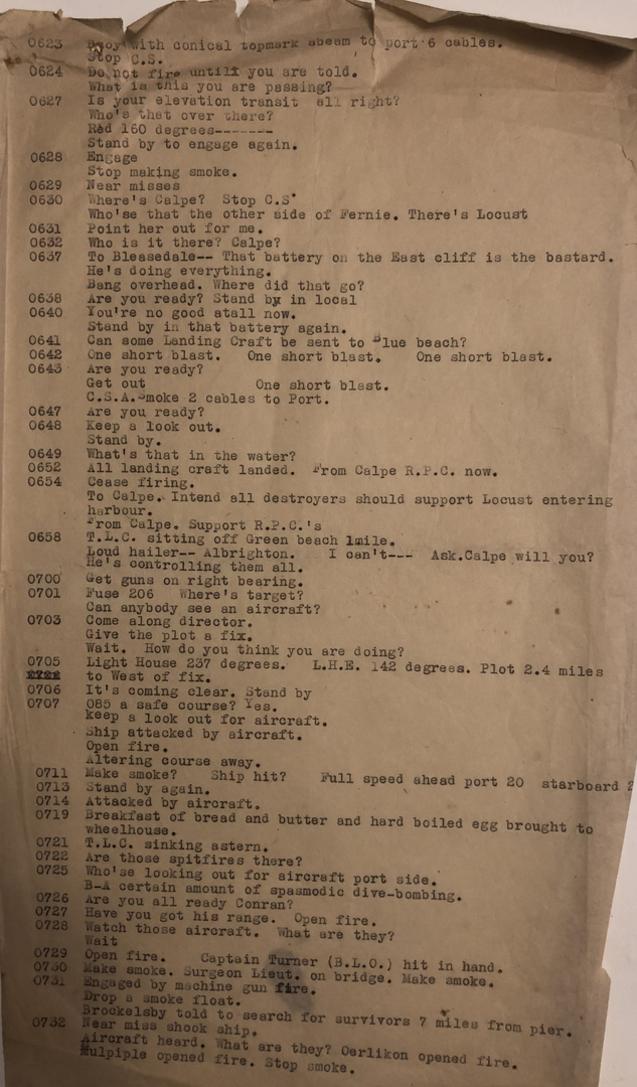 This incredible historic document, giving a minute-by-minute account of the action on board HMS Garth during the Dieppe Raid comes from Charlotte Lord, the Granddaughter of Lieutenant Donald Bilsland.

03.00, 19th August 1942, with the minesweepers in the lead, the Royal Navy cleared the German minefield off the coast of France. In darkness the ships and landing craft moved towards their objective, Dieppe.

This is Lieutenant Donald Bilsland minute-by-minute log written as the action was occurring. 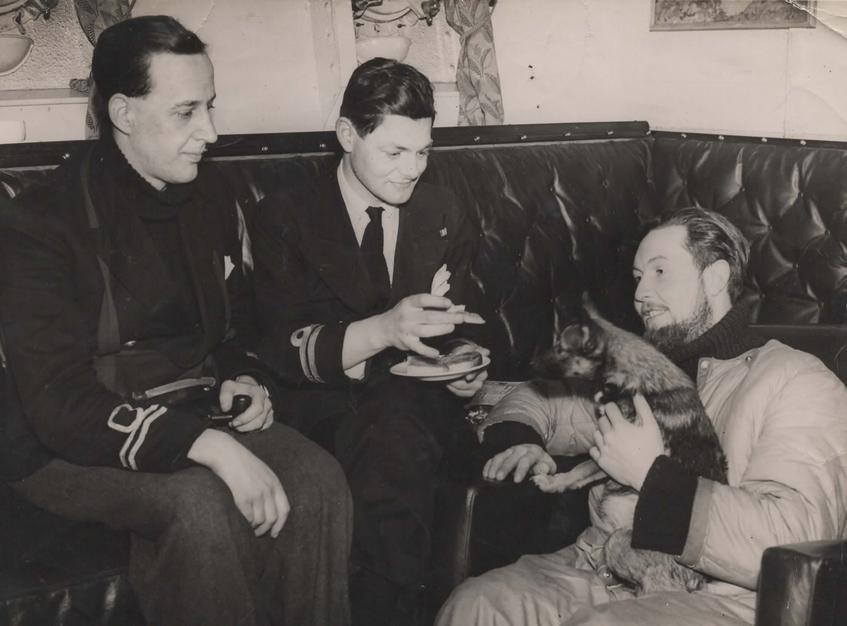 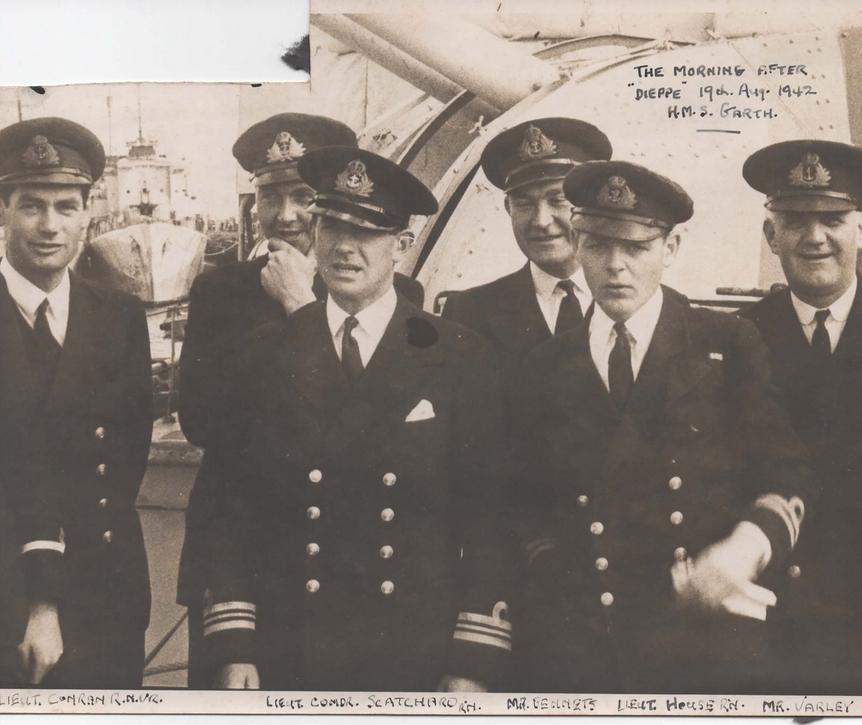 HMS Garth officers with a "Trophy Board".

The Trophy Board possibly shows,

Top, HMS Garth emblem with year of her launch 1940.

1,  A German Gunboat and  11 German prisoners (Date not visible)

2, The Dieppe Raid, 19/08/1942,in which the Garth played a substantial part. With two enemy planes shot down, possible a Messerschmitt Me 109 and a  Messerschmitt 110.

Anyone with more information please let us know.