On the 19 August 42, HMS Locust took part in operation "Jubilee", the Dieppe Raid, her task was to land Commandos directly in Dieppe Harbour.

Again, the Locust came under heavy attack, from the air and from shore batteries.  Alf as a gunner, fired back at the enemy guns and gave covering fire to the Commandoes and Canadian Troops as they assaulted the beaches, under murderous enemy fire. During this exchange of fire between the Royal Navy ships and the German shore batteries, the Locust received a direct hit on her bridge superstructure. 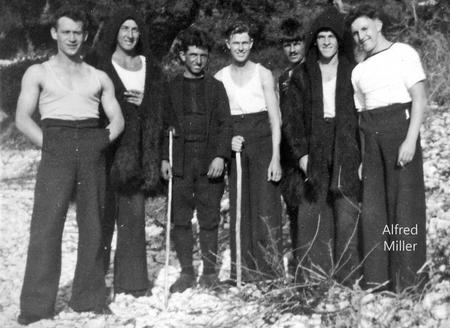 Alfred Miller, known to his shipmates as “Dusty” joined the Royal Navy before the outbreak of World War Two on 16th June 1937.

Alf underwent is training at HMS Pembroke the Royal Navy Shore Base at Chatham, in Kent.

Following his training, Alf was transferred to HMS St Angelo, the Royal Navy Shore Establishment at Malta, where he joined HMS Imogen an “I” Class Destroyer.

​At the outbreak of war HMS Imogen was transferred to the Western Approaches Command for escort duties, where HMS Imogen and HMS Ilex depth-charged and sank the German U-boat U-42, south-west of Ireland

In early 1940 Alf trained as a gunner at HMS Excellent, a Royal Navy Gunnery School on Whale Island, Portsmouth.

Photographs and information by kind permission of Ken Miller whose father Alf Miller served on HMS Locust from May 1940 until February 1943 and saw action at both Dunkirk and Dieppe. 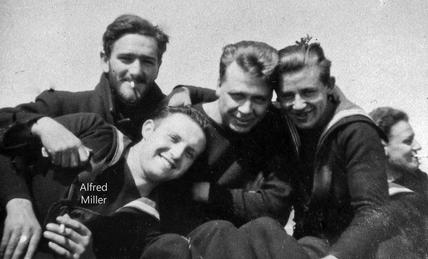 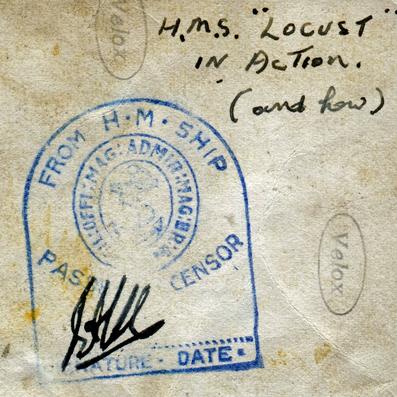 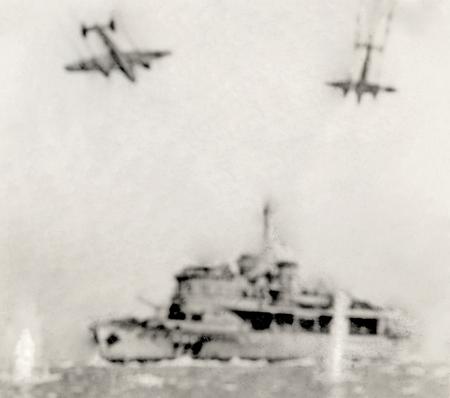 In June 1940, HMS Locust shot down a Messerschmitt 110 over the Thames Estuary. The same type of German aircraft which had attacked it at Dunkirk. The crew of the Locust lowed a boat and rowed out to rescue pilot. The Messerschmitt 110 Rear Gunner did not survive the crash. Alf managed to get photographs of this.

Following his service onboard the Locust, Alf was transferred to the Cruiser, HMS Caledon which was based in the Mediterranean at Alexandria in Egypt.

When the war in Europe came to an end, Alf was transferred to HMS Widemouth Bay, an anti-aircraft Frigate and was sent to fight the War in the Pacific.

When Japan surrendered, Alf found himself at stationed at the Royal Australian Navy Base, the Golden Hind, in New South Wales, Australia. 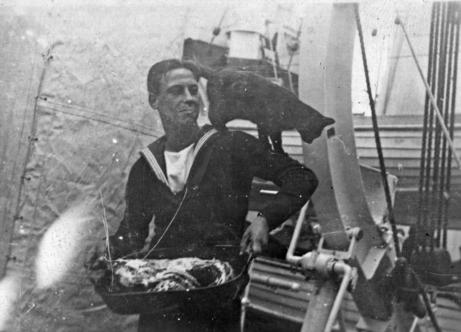 The following crew photographs are from Alfred Miller's collection, but it is not known if they are from the Locust or one of Alfred's other ships. If you can identify any crew members or ships, please let us know. 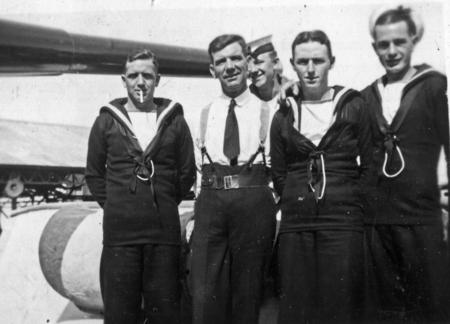 Photographs of Messerschmitt 110 pilot being transferred from HMS Locust to  HMS Wildfire, the Royal Navy Shore Base at Sheerness.

HMS Locust being attacked by  two German Messerschmitt 110’s one of which she shot down. 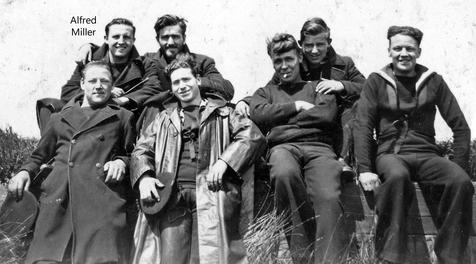 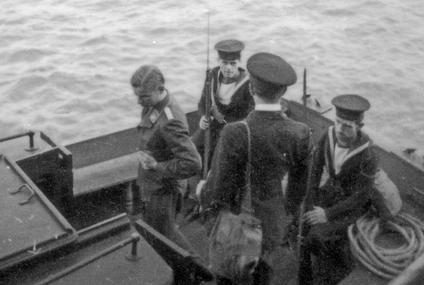 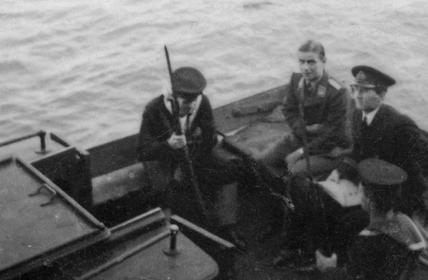 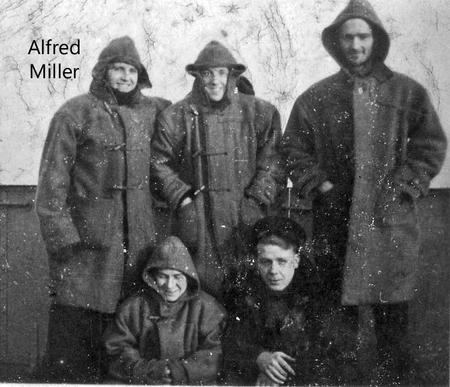 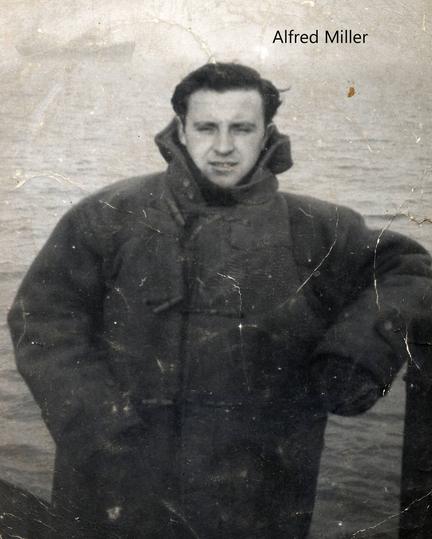 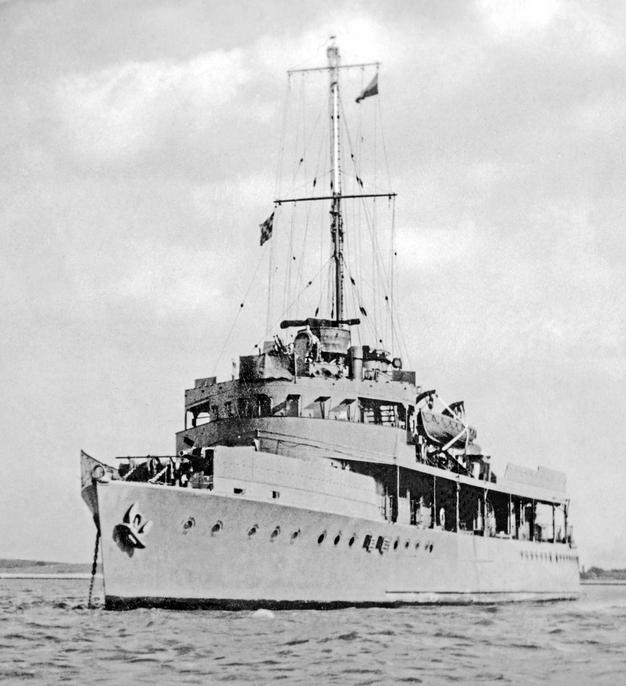 The back of the photograph of Locust being attacked.
​Censor's stamp and comment by Alf. 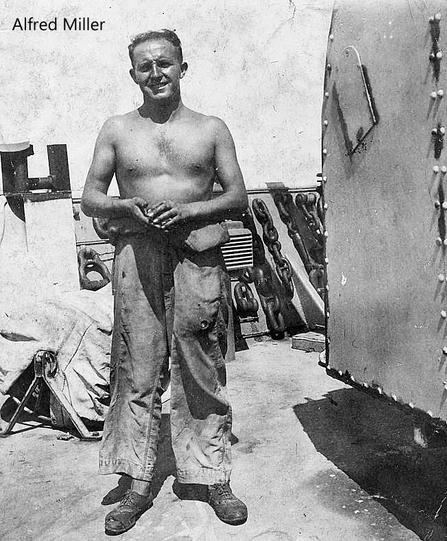 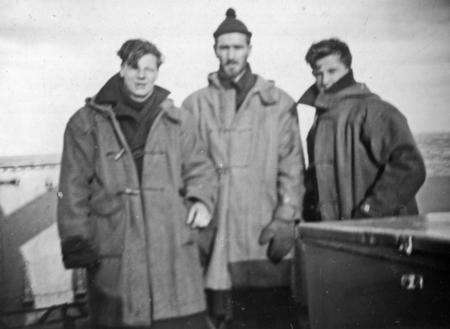 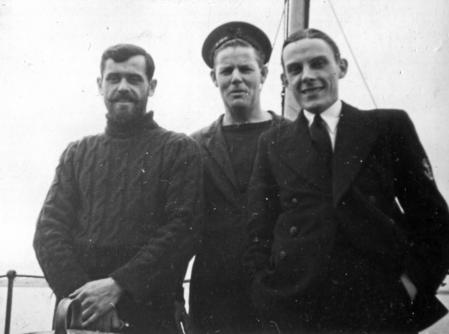 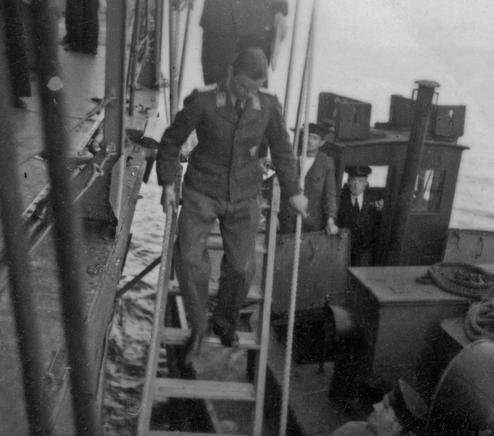 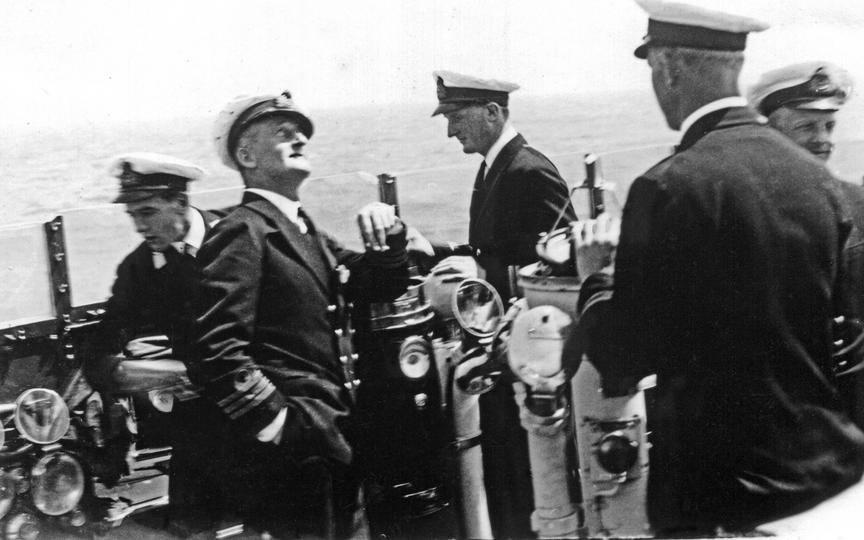 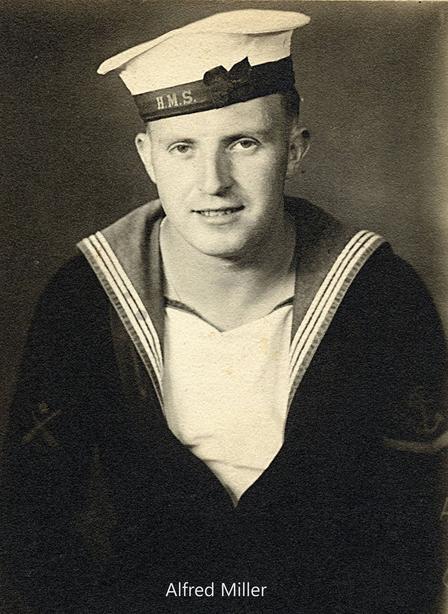 On the 13th May 1940 Alf was sent to HMS Wildfire, the Royal Navy Base at Sheerness on the Isle of Sheppey in Kent. Shortly after he joined the River Gunboat” HMS Locust, at Sheerness. He found the ship to be a hive of activity as it prepared for a major operation.

On the 29th May 1940 the Locust was at Dunkirk, being continuously attacked by Junkers Ju87, the notorious Stuka dive bombers and strafed by German Messerschmitt 110’s.

Loaded with troops and returning to England, the Locust found HMS Bidford, which had been bombed and beached. The Bidford still had her wounded on board and other troops continued to board her. The Locust, seeing the desperate plight of those on board, passes a line over to the Bidford and towed her into deeper water.  The Bideford was twice of the weight of the Locust and in an epic journey taking 36 hours, all through the 30th May and into the 31st, the locust battled with the cumbersome ship, taking her and her passengers’ home to England.

On the 1st June, at Dunkirk, the Gunboat Mosquito, sister ship to the Locust, also based at Sheerness, was badly damaged by German bombing.  Lieutenant A. H. Manwaring and eight of the Mosquito’s crew were missing, presumed killed. It was HMS Locust’s sad task to scuttled the Mosquito.

Between 29th May and 4th June, HMS Locust, took off 2,036 allied soldiers from the beaches of Dunkirk and delivered them to safety.