A Castle Class minesweeper built at South Bank-on-Tees for World War One, the Danial Harrington was renamed Start Point and sold as a fishing vessel. Working out of France and Belgium ports she was renamed the Lucienne Jeanne.

For a time, she operated as a minesweeper on the East Coast  of England manned by a “Free French” crew. In 1941 she was transferred to Wildfire III, Queenborough, Minesweeper Trawler Group 123, manned by a Royal Navy crew.

The 24 October 1941 was a bad day for Wildfire III, Queenborough with two of her minesweeping HMS Lucienne Jeanne and HMT Emilion detonating mines and sinking in the Thames estuary. They sunk close to each other while clearing the same mine field in Barrow Deep. Mercifully there are no records of any of their crews being killed or MPK (Missing Presumed Killed). There are no records of injuries either, but explosions, violent enough to sink a minesweeper are very likely to injure many of the crew on board. The most common injury being broken legs as the vessel violently erupts beneath them, often throwing them into the sea in a dazed condition.

During 1941 more mine were swept in the Nore Command than any other year, with 1257 Ground Mines (Magnetic and Acoustic) and 28 Contact Mines being destroyed. Off the South East Coast of England, the Sheerness Sub-Command was taking the brunt of the German mining offensive.

The cargo vessels Empire Ghyll, with the loss of seven crew, and Mahseer were both sunk in the Thames Estuary on the 18 October 1941 a few days before the loss of the Lucienne Jeanne and Emilion

HISTORY.
1917. The Daniel Harrington (Lucienne Jeanne) was a purpose built Castle-class, non-standard, Admiralty trawler built to be used as a Minesweeper.

1920. The Daniel Harrington (Lucienne Jeanne) was sold as the Star Point.

3 July 1940. French owned Lucienne Jeanne was seized on the 3 July in Operation Grab.

August 1940. The Lucienne Jeanne was commissioned and manned by a free French crew.

24 October 1941. The Lucienne Jeanne detonated a mine and sunk in the Thames Estuary.

To find out more of the Lucienne Jeanne’s movements go to DRIFTERS AND TRAWLERS. 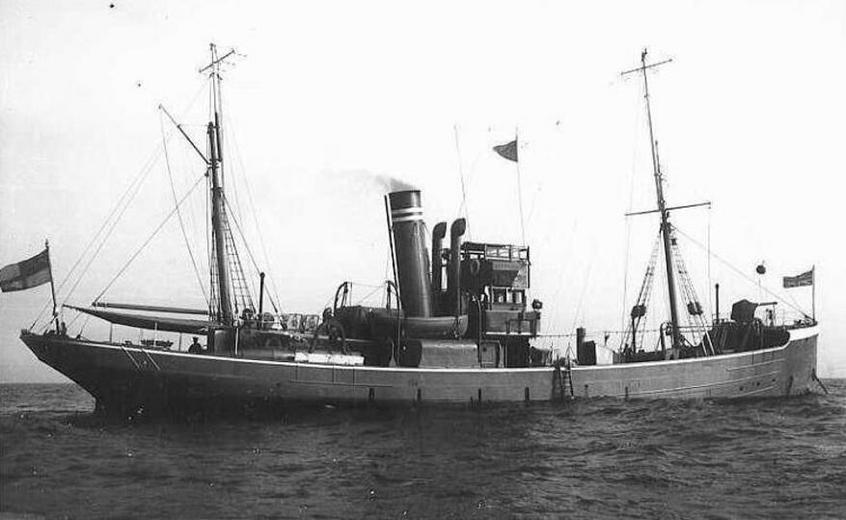 This is the sister Castle Class Minesweeper to the Lucienne Jeanne the John Edmond,