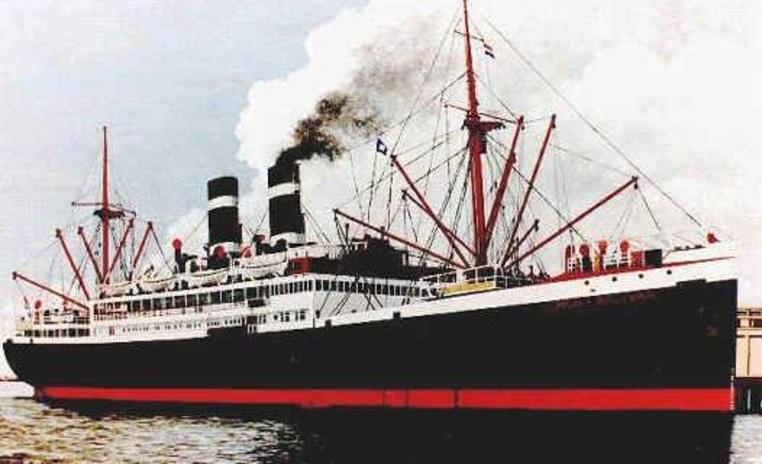 Completely opposite to most other Minesweeping Trawlers, the Malacolite was firstly a purpose built Naval Trawler Minesweeper which would later be converted to a fishing Trawler. Built to Admiralty specifications, HMS Malacolite was a highly seaworthy, Castle Class Minesweeper, one of 200 built during World War One.

Serving in both WW1 and WW2, HMS Malacolite took part in the rescue of passengers from the SS SIMON BOLIVAR which detonated a mine with tragic loss of life.

To find out more of the Malacolite’s movements go to DRIFTERS AND TRAWLERS.

MALACOLITE was one of the vessels which searched for survivors when the SIMON BOLIVAR was sunk approaching Harwich in late 1939.
The Simon Bolivar was an 8,309 tons, Dutch, Passenger Liner when on November 18th, 1939 while travelling along a sea lane believed to be clear of mines she detonated one off Harwich.

The Simon Bolivar carried over 400 passengers including 34 children and crew when she detonated the mine. A huge explosion killed many people on deck and her Captain was mortally wounded and later died.

About 15 minutes after the first explosion, there was a second explosion on the other side of the ship. The ship´s radio was damaged by the explosion and an S.O.S. could not be sent. Nevertheless, other vessels including the MALACOLITE were quickly on the spot to give assistance. The Simon Bolivar sank by the stern with the loss of 102 lives.

A model of HMS Malacolite showing the LL magnet sweeper gear on the stern and the Acoustic sweeping gear on the Bow. The model maker Ronald Brewis, served on the Malacolite for three years when she was based at Wildfire III, Queenborough. 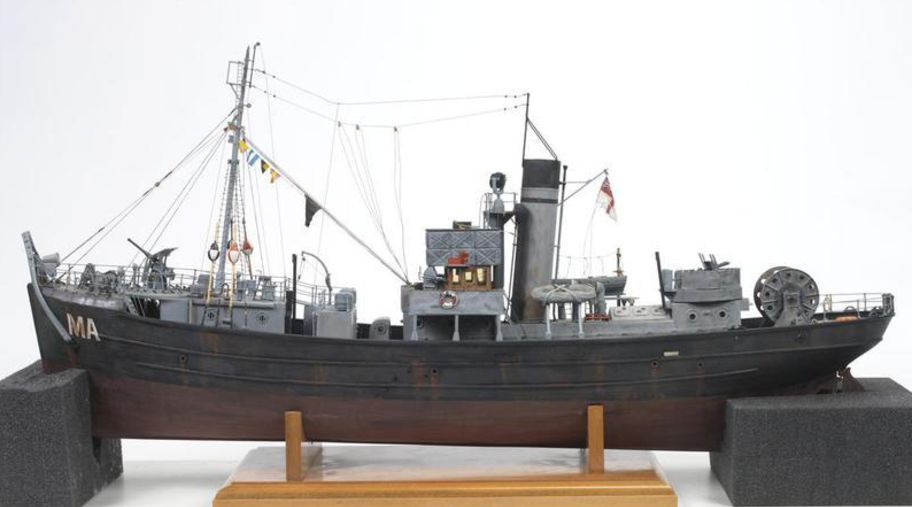 The SS SIMON BOLIVAR detonated a mine and sank with the loss of 102 lives.