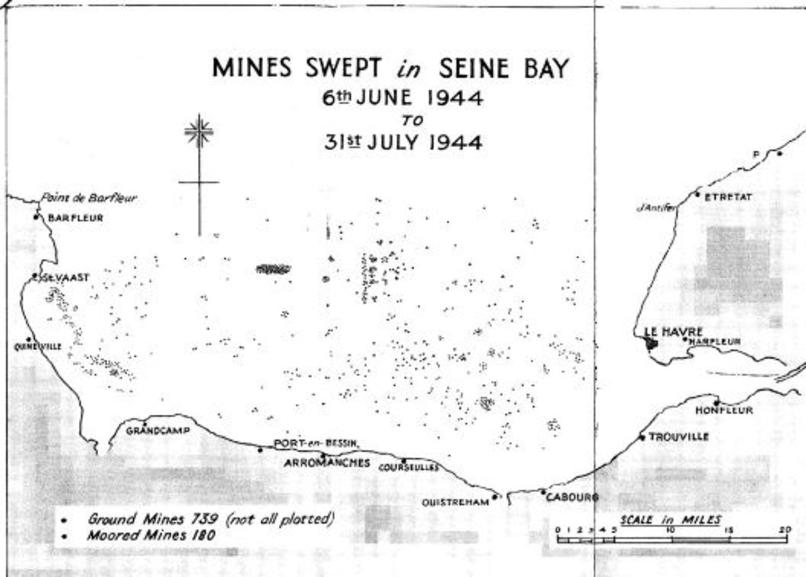 It is known that all Wildfire III, Queenborough, Minesweepers were involved in the D-day landings, sweeping off the D-day beaches up to five hours before the main invasion fleet arrived. Those minesweepers which were not sweeping off the beaches on D-day, proceeded the huge and vital “Follow Up” fleet bringing reinforcements of men, tanks, vehicles, ammunition and supplies to the British Army in Normandy and timed to arrive at the high tide on D-day plus one.

Wildfire III, Queenborough, Minesweepers continued sweeping off the D-day beaches for the following two weeks after which they followed the advancing British, Canadian and American Armies northwards, sweeping clear the minefields off the French, Belgium and Dutch coasts. They gained high merit when clearing the harbour of Cherburg, (France), the approaches to Ostend (Belgium), the Scheldt Estuary, Rotterdam, Yjmuiden, and Den Helder, (Holland), the Elbe and Weser Rivers (Germany) and the Skaggerak mine barrier between Denmark and Sweden.

In addition to the ever present danger from the mines, attacks by the Luftwaffe were frequent and E-boats (German Motor torpedo boats) prowled the East Coast sea ways at night.

2,            DUNKIRK . 27 May - 4 June 1940.  Clearing mines from the sea lanes leading to Dunkirk and sweeping right up to the beaches for ships evacuating soldiers from the beaches. (No Motor Minesweepers were involved at Dunkirk as they had not yet been built.)

3,            D-DAY . 6 June - July 1944. Minesweeping operations during the landing of Allied Forces in Normandy - Operation Neptune. Sweeping right up to the beaches and ahead of the vital “Follow Up” convoys.

​Many of these mines would have been swept by Wildfire III, Queenborough, Minesweepers, saving numerous lives.
​(Ground mines, are magnetic, acoustic and pressure mines which lay on the sea bed.)

​4.            FRANCE AND BELGIUM COAST  July-Sep 1944. As the British Army moved northwards, Wildfire minesweepers swept the coast clear of mines.
The approaches to Ostend.

5.             SCHELDT ESTUARY. October - November, 1944. The mouth of the Scheldt and the Scheldt Estuary. The Wildfire III, Queenborough, Minesweepers “Finest Hour”. Opening up the Port of Antwerp to resupply the British, Canadian and American armies.

Even before the fighting stopped  Queenborough Motor Minesweeper had slipped by the German Batteries at night to begin clearing the approaches to Antwerp of mines.

​ON MINESWEEPING PATROL.
An account of sweeping mines in the Scheldt Estuary by Ralph Humphries on MMS 149.

I was in the Royal Navy Patrol Service serving on the MMS 149 out of Queenborough Base at Sheerness - the largest minesweeper base in the UK. We were minesweeping along the Kent coast in November 1944 when all ships' companies were called to the pier for an operation to open up part of Antwerp. There were 30 - 40 minesweepers from the base and we sailed on 2/11/44 and laid off Brighton for a day waiting for the coastal port of Flushing to be taken by the Royal Marine Commandos.

We sailed on 3/11 joined by other minesweepers from Harwich. In the forefront of the sweepers were the Royal Marines in small boats trying to get snaglines around the propellers of trawlers sweeping for contact lines. After that came the magnetic minesweepers sweeping for the unknown on the sea bed.

As we approached Flushing the shore batteries of the Germans opened fire - my heart started to turn over as we could see the traces coming towards us. We were sitting ducks! Somebody called for the RAF to come in with rocket-firing Typhoons who silenced the shore batteries, what a relief!

We went up the Scheldt as far as Terneuzen, where we stopped overnight - our biggest fear was dropping anchor because of the mines. The next day we continued sweeping up to Antwerp with the hazard of flying bombs (V2s) being targeted at Antwerp and the river. *A few days later one ML boat was sunk in the river and the dead were brought into Terneuzen and onto the decks of the boats.

We came back to the base at Sheerness where we were refitted then on VE Day sailed for Rotterdam where we were among the first 3 British warships to enter the docks.

Dutch children came aboard and were so hungry that they licked our plates when we finished our meals. From then on we gave as much as we could from our rations to make soup for the children who had been eating tulip bulbs because they were starving.

From there we moved to IJmuiden where we had a farewell drum head service for the British minesweepers with the Canadians taking the salute.

​* The Motor launch Ralph Humphries is referring to is the ML916. The ML 916 detonated a mine with the loss of 19 of her crew. There were only two survivors. 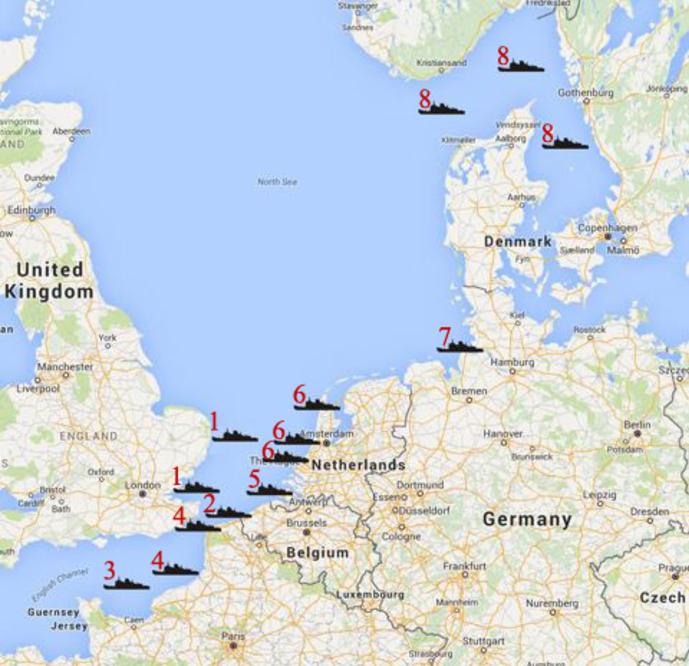