On the 8th November 1945 she was handed over to the Director of Small Craft Disposal to be sold off.

MID. Mentioned in Dispatches.
Reginald Clarence TAYLOR, LT/JX351585, Telegraphist, 3 Apr 45. MID. Minesweeping - MID awarded for great gallantry and endurance in clearing the estuary of the Scheldt of mines during the period of October to November 1944.

Like many of the Wildfire III, Queenborough minesweepers, MMS 113 took part in the D-day landings and “Operation Calendar Two” clearing the vital waterway of the Scheldt Estuary of mines and opening up the port of Antwerp to resupply Allied troops. 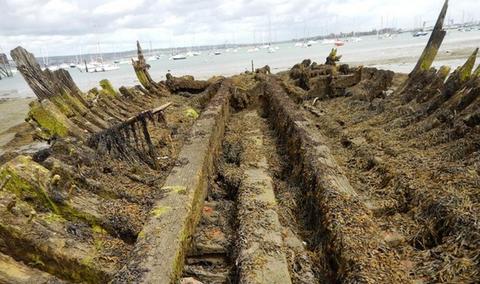 The sad remains of MMS 113 in Portsmouth Harbour. 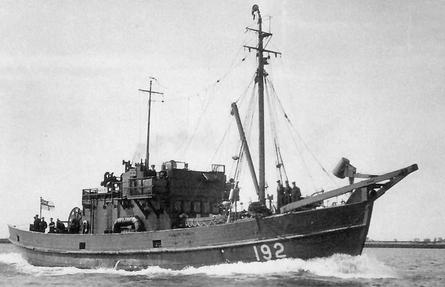