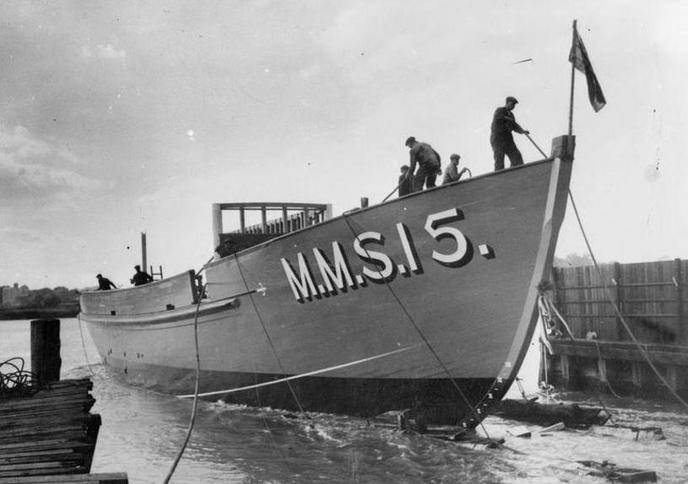 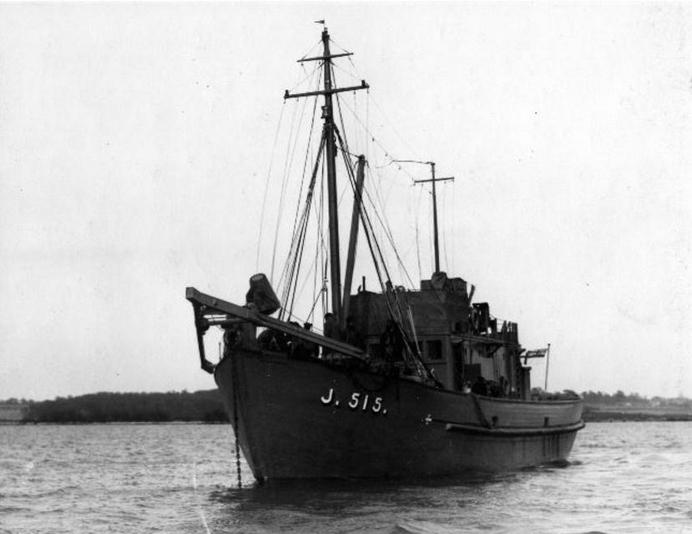 MMS 15 being launched. Her superstructure will be completed while floating allowing a new MMS to be started.

MMS 15 the first Motor Minesweeper built the Wivenhoe Shipyard. Note the "Kanga" hammer (in the up position) on the bow used to detonate Acoustic  mines.

Motor Minesweeper were purpose built, wooden, shallow draft, minesweepers with both SA and LL sweeping capabilities. SA is Sweep Acoustic, a device similar to a Kanga Hammer which makes a loud thumping noise which exploded the acoustic mine. LL (double L) is a pair of electric cables which are towed parallel to each other on floats and emit a strong electric pulse which generates a magnetic field which detonated the magnetic mine.

MMS 15 was transferred to the 101st Minesweeping flotilla at Plymouth.

Like many of the Wildfire III, Queenborough MMS 15 took part in “Operation Calendar Two”. Clearing the vital water way of the Scheldt Estuary of mines and opening up the port of Antwerp to resupply Allied troops with over stretched supply lines.